On Saturday July 08th Bharat Parikrama Yatra to reach Kanyakumari’s Vivekananda Memorial. On Sunday July 09th morning at 4.00 am Bharat Parikrama Yatra’s Final walkathon to be held from Vivekananda Memorial to Kanyakumari Temple. After this a special Parikrama (Pradakshinam) will be held to the Temple followed with Nairmalya Darshanam. Then Sitarama Kedilaya to move to Sea Shore, the southern tip of Bharat, where a special prayer will be offered followed with Dhwajaavataranam. Later, Sitarama Kedilaya to thank everyone who supported his Yatra. A special Yajnam named ‘Vishwajigeeshu Yaag’ to be performed which is first of its kind, praying to make Bharat a Vishwaguru. At noon, poornahuti of the Yaag to be held. RSS Sarasanghachalak Mohan Bhagwat to attend this ceremony.

In the evening, at 4.00pm a public valedectory ceremony to be held at Nagarcoil city, in which RSS Sarasanghachalak Dr Mohan Bhagwat, Sahsarakaryavah Dattatreya Hosabale, noted Film Stars, Poets, Socio-religious leaders to participate. 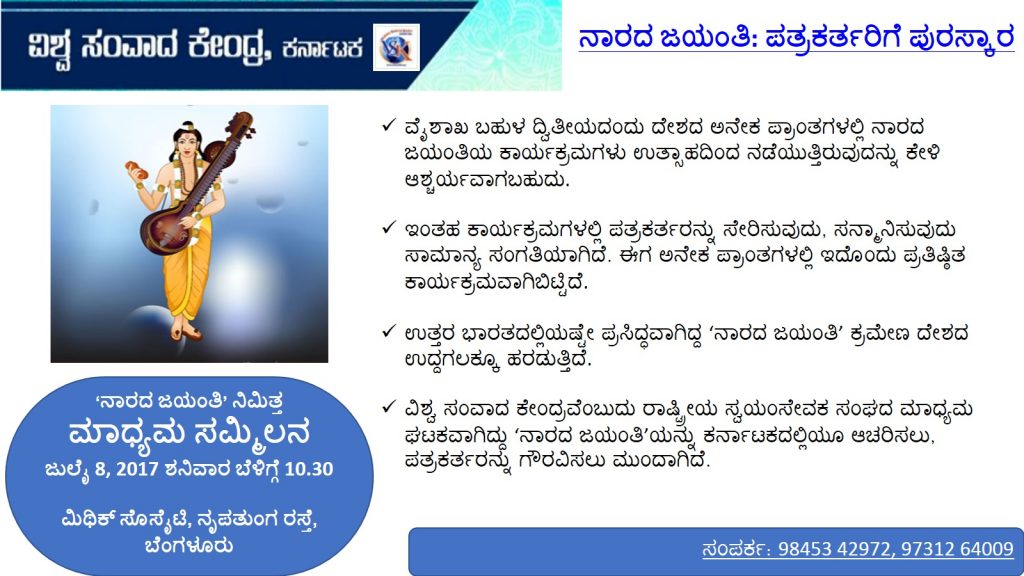