5 persons including a Congress Councillor arrested in connection with the case. Bangalore rural SP Amit Singh said that among the arrested is Congress councillor of Banahalli, Sarojamma (45). The other accused are Madhu (22), Narayanswamy (35), Murali (20) and Manjunath (29). Thu Mar 16 , 2017
Bengaluru : Bharat Niti, Karnataka chapter is organizing a one day National Conclave in Bengaluru on 26 March 2017 at Hotel Le Meredian in Bengaluru on ‘DEMOCRACY, GOOD GOVERNANCE & SOCIAL MEDIA’ with the intention of engaging citizens in contributing to the good governance using social media technologies. It will be attended by […] 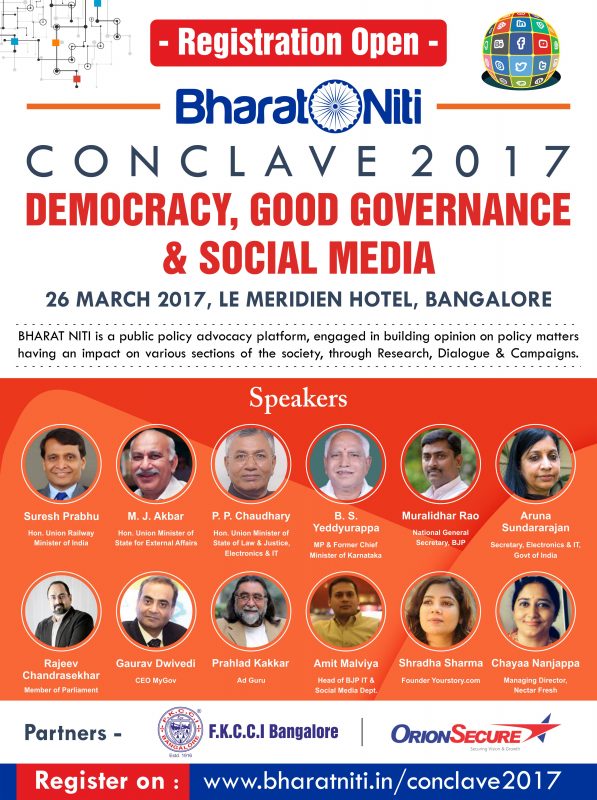