Dattatreya Hosabale, RSS Sah Sarkaryavah addressed the concluding day Press Meet of ABPS today. Thanking every member for being in the campus for 3-4 days, entire administration of the campus, gratitude to media persons and all who extended fullest co-operation and made ABPS a memorable success, he deliberated the peculiar dangerous situation in the border state of West Bengal. Members of Hindu society are target of Jehadi elements, fundamentalist’s forces and on several occasions police and other Government machinery turned a blind eye in protecting the West Bengal. Increasing jihadi activities is unfortunate under the patronage of state administration there. The situation at Kalichak is so worrying and as per records there is conspiracy behind this. It is learnt that the important criminal records had been destroyed. Hindus flee from the state. NIA have found several terror modules. Even after 60 years of Independence, the state of Hindus in West Bengal is unsafe. The deliberations and discussions at ABPS Meet passed a resolution concerning over the growing Jehadi elements in West Bengal, he said.

Answering the questions raised by the reporters on various issues:

On Ram Mandir, RSS has always insisted that the issue should be settled between two parties. Ram Janma Bhumi Yagna Samiti, Saints, Sages of Hindu Society, Dharma Sansad are working towards this. RSS wishes a permanent solution and will back Dharma Sansad decision. Any decision outside the court settlement or legislation is a welcome move, he said.

On Yogi Adityanath assuming power, RSS wishes the Chief Minister of Uttar Pradesh – many time elected representative from the state.

About Tamilnadu RSS, he said RSS has grown here and will grow further. Number of shakas have increased along with seva activities in the State.

On a question regarding Sabarimala and discrimination on temple entry, he said that the RSS is always against discrimination and through seva activities RSS is working to change the mindset of the society. As far as Sabarimala issue is concerned, he reiterated the statement made by RSS General Secretary Shri Suresh Joshi and supports entry to temple through dialogue and discussion. 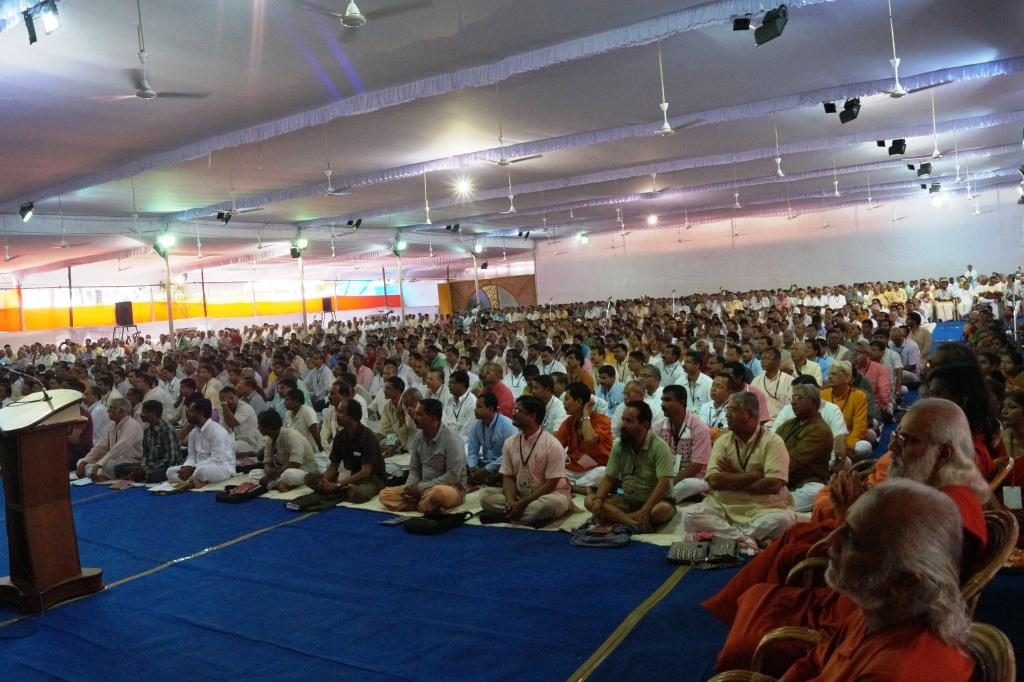