The 3-day ABKM meet started on Oct 12th 2017 and ended here today. With nearly 60% of Bharat based out of villages, Sangh also has two thirds of its Shakhas in rural parts and one thirds in urban areas. As we all know that there are enough amount of challenges in the villages, through Sangh work we have planned in the Baithak to strengthen our work in those streams. Establishing Social Harmony has been one of the many challenges in rural Bharat. Adding to the same the rural Bharat despite having strong communication channels, sees a lack of proper information, and is deprived of the right and proper news which could help grow. Sangh would want to work a little more in this area to empower villages.

Speaking to the media Suresh Bhaiyyaji Joshi said that the Baithak aimed at Grama Vikas and Kutumba Prabodhan and has chalked out a detailed programme for the next three years. The farmers of the country are suffering and facing hardships for quite some time. Sangh believes in enabling the farmers to become self reliant for which the government’s role is high and have to work towards farmers’ troubles eliminated. The governments have to make sure that the produce the farmer grows gets the right price so that he can be empowered financially. Sangh strongly would work towards farmers growing organically. Also the plan is to have the youth of the age group between 30 and 35 to be helping the Grama Vikasa activities revealed Bhaiyyaji Joshi in his interaction.

The family system holds high importance for which the Kutumb Prabodhan comes to help. For any person’s growth, the role of his family stands utmost important. For the children the need for the right culture, vision in life is essential and the same has to come thru families. Through the karyakartas of the Sangh, we have reached out to over 20Lakh families in the activities of Kutumba Prabodhan. Our estimates say that Sangh has reached out to 1.25 crore people through Prabodhan.

The question of Rohingyas is a serious topic answered Bhaiyyaji Joshi to a question asked. We should be debating as to what could be the reason for they being made refugees in Myanmar. Why is it that Rohingya muslims are not a responsibility to other countries sharing their boundaries with Myanmar? Rohingyas who have come in the past have taken shelter in Jammu and Kashmir and Hyderabad. It is evident from their behavior that those Rohingyas who have come to India till now, have not come here to mere take shelter. In connection to the refugees, the government should make a clear policy, in which the policy of granting shelter to them, place and duration is fixed. After a while the refugees should be sent back. Bharat has always accepted and given shelter to refugees, however the need to watch their background is also high.

To a question asked on Ram Mandir issue, Bhaiyyaji Joshi said that Sangh hopes all the obstacles are ended and then would the Ram Mandir construction start. The governments should work towards the closure and finding solutions to those obstacles. At present, preparation to Ram Mandir construction is ongoing at Karsevapuram. Bhaiyyaji Joshi strongly said that the reservation was brought to vogue by Dr. Babasaheb Ambedkar with a right purpose and it should exist till the cause is answered. He also said that till society who is beneficiery of the reservation feels otherwise, it need not abolished. 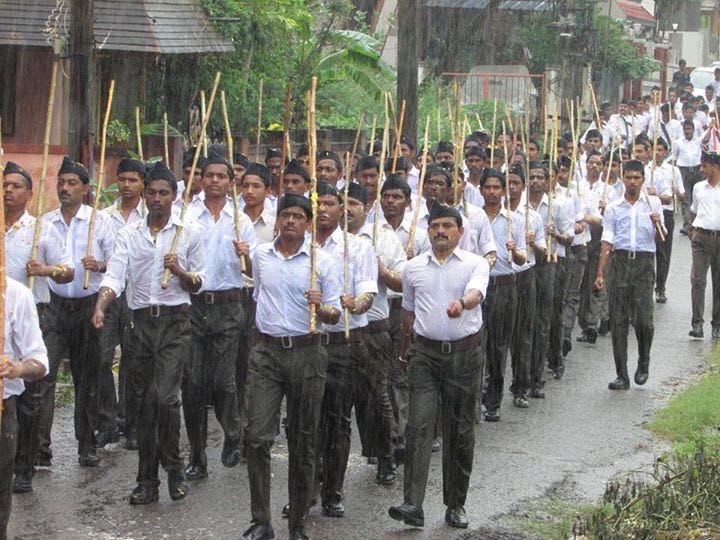