23, Oct 2017, Bengaluru: ‘A fanatic traitor like Tipu does not deserve to be celebrated in the state. It is a need of the hour that we celebrate anniversaries of great people who have contributed to the society and not ones who have disturbed peace time and again’ opined Sri Gopal who is the Zonal VHP  Conv 60enor in the Tipu Jayanti Horata Samiti Mega conference in city today. It is not just the RSS or its parivar organizations but many nationalistic thinkers have written about Tipu’s tyrannny and deceit Gopal ji said.

Tipu for the sake of his self and to build his empire fought against British aligning with the French. There is enough documentation available that he had massacred 50000 Hindus, destroyed temples, converted Hindus and Christians to Islam. For a matter of fact even Tipu’s officials have documented it.

The people of Kodagu and not surprisingly many Congress supporters also have taken an anti-Tipu stand also opposing a Jayanti to commemorate him. Yet the single point agenda of the government to appease Muslim minority is only ending up to a stage where the Muslim youth are getting focussed more on the tyrant Tipu and supporting his thoughts of religious fanaticism than working on nationalistic ideas for the betterment of the country. The outfits like the PFI, SDPI have taken Tipu ad their role model and are involved in similar anti social activities in the state he said.

Change of names of places , Kannada replaced by Persian as official language of the state were all from him prove the condemnation for the Jayanti he concluded. Tipu Jayanti Virodhi Horata Samiti’s Sri Addanda Cariyappa spoke about the atrocities he committed on the Kodava Community and said the same was the strong reason why Kodavas stood against the celebrations. The names of many Kodava communities were erased by Tipu tyranny and also was infamous for razing temples in coorg, Addanda Cariyappa said in his talk. The people in Coorg were given options either to get converted to Islam or to face the sword. How could such a Islam fundamentalist ruler be honoured by mere false propaganda he questioned. The press release questions the loyalty of the state towards Tipu who imprisoned and killed unlawfully chitradurga’s ruler MadakariNayaka while his brother Parashurama nayaka and his son Kumar Bharamappa Nayaka were hung to death. The press release also throws light on valour of Obavva who single handedly without any preparation fought against Hyder Tipu army is disregarded and Tipu being celebrated.

The samiti plans for state wide protests against Tipu Jayanti and demands the state to mend their ways. Vanavasi Kalyana Karnataka held Press Conference recently related to their activities in next couple of months. 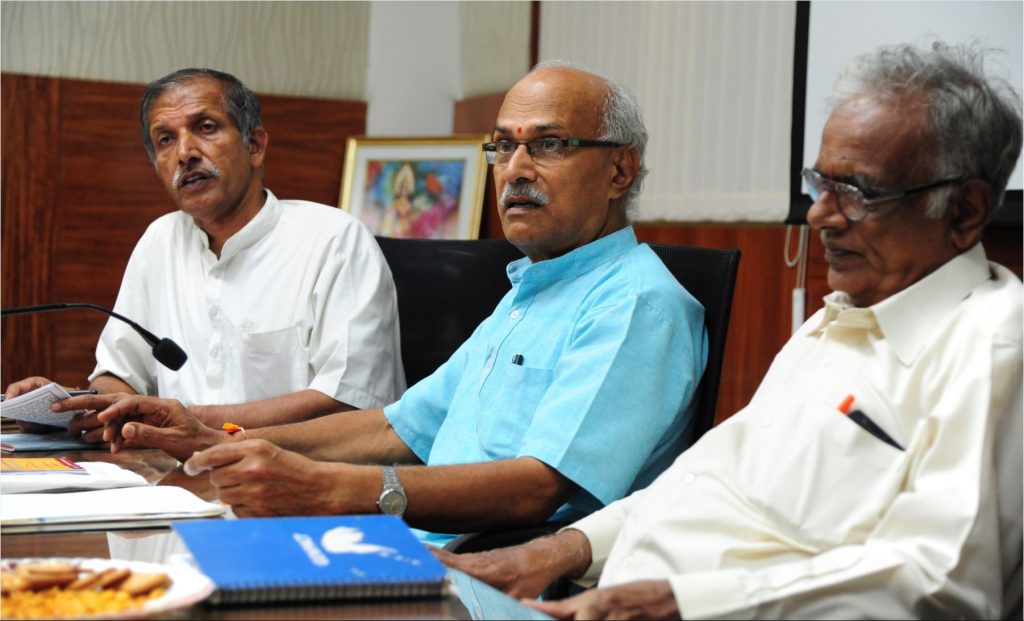