Udupi, 24th Nov 2017: On the first day of the Dharma Samsad gathering organized by Vishwa Hindu Parishad, His Holiness Vishweshatirtha Swamiji of the Pejawar Mutt, Udupi, said that after eliminating all odds, construction at the Ram Mandir in Ayodhya will be starting within an year. He remembered that any pledge(sankalpa) taken in Darma Samsad, Udupi have been into action – be it the resolution of the elimination of Untouchability taken in 1969 or opening of the locks of Rama Mandir which was taken in 1985. He also called for the abolishing completely the untouchability which to a small extent existed in the country. Delivering his talk, RSS’s Sarasanghachalak, Dr. Mohan Bhagwat said that the Hindu society is marching towards victory and the win is definite and the world’s respect and reverence to Hindus is increasing. He gave a clarion call of ,’Temple, Water, Graveyard is for everyone’ and said this would be the best way Bharath would move forward in the days to come. He said that the dream of Hindus to have the Ram Mandir in Ayodhya will be fulfilled and acknowledged the way the movement has been winning.

Dharmastala’s Dharmadhikari Veerendra Hedge in his speech said, that Hindus though have been attacked and ill-treated from a long time, the Dharma has not been able to be destroyed. It has been since ages Hindu Dharma exists and would exist for ever and always emerged victorious. Dr Pravin Togadia, International working President of VHP condemned the forceful acquisition of temples as well their destruction. He opined that the need to save Gau Mata and constructing Ram Mandir is the need of the hour and the dream shall soon be fulfilled.

Sat Nov 25 , 2017
25 Nov 2017, Bengaluru: Ravikumar Iyer who has written the book ‘Indian Heroism in Israel’ is now translated to Kannada as Bichugatti by Pradeep Mysuru an RSS Pracharak who has the responsibility of Karnataka Dakshina Pranth’s Sah Prachar Pramukh and is published by Sahitya Sindhu Prakashana. (L-R   Na Dinesh Hegde, […] 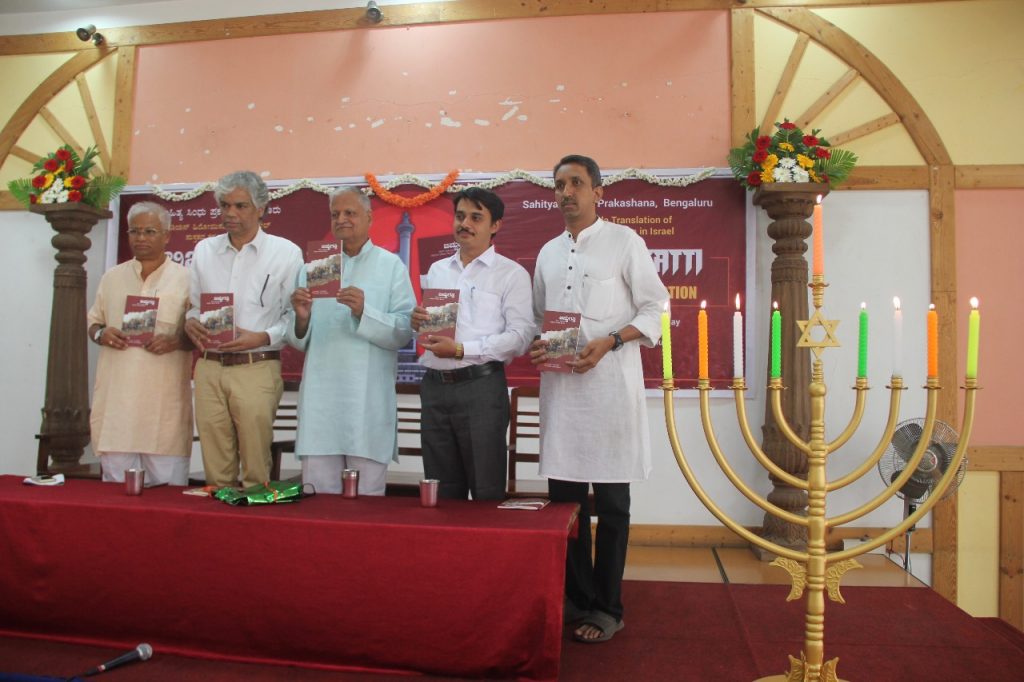