RSS was founded by Dr. K  B Hedgewar fondly known as DoctorJi on the day of Vijayadashami of the year 1925. Vijayadashami is one of the six big festivals RSS celebrates. Despite rains in the city of Bengaluru today, 1000s of Swayamsevaks in purna Ganavesh marched in various parts of the city and were welcomed by the citizens through showering flowers on the swayamsevaks. Nationalistic slogans were high in the air. Banashankari Bhag – The program was presided by Dr Su Krishnswamy, Bhag Sanghachalak. Sri Shyam Kumar Kshetra Pracharak delivered the Bauddhik on the occasion. Shri Shyam Kumar Ji explained the circumstances that prevailed before Sangha started in 1925. ‘Doctorji (Dr. K B Hedgewar, RSS founder) analyzed the situation of that time and felt that uniting Hindu Society is more important than mere achieving freedom because after achieving freedom we should be able to protect it. Further he prayed DurgaMaate to bless and make our country to be able to defeat any hardships. ‘In our Sangha prarthana we say Ajayancha Vishwasya Dehisha Shaktim which means even the whole world if unitedly attacks us we should be able to defend at the same time we should not develop greed  of occupying others’ territory.’ said Shyamkumar Ji. He compared RSS and Communist philosophy which started in Bharat around 1925 but how communist turned to be failure. Basaveshwara Bhag had organized its customary Path Sanchalan as part of its annual Vijayadashami Utsav. Pathasanchalana started from the Ganesha Temple grounds in Nandini Layout and Swayamsevaks marched through the streets of Nandini Layout covering a vast part of the area despite rains. Hebbal observed the Pathasanchana and Vijayadashami utsav near Sumangali Sevasharama. K S Sridhar, Bengaluru Mahanagara Karyavaha explained the relevance of Vijayadashami and how it symbolized the defeat of evil and protection of the virtuous. The Sangh which started by one Shakha in Nagpur has now grown to lot an extent and is working amongst the people of all sections of society who are deprived of basic needs. It could be working with the Vanavasis or specially abled or towards the protection of Dharma, Sangh Swayamsevaks are involved fully and  have shown the right model of development to the society. The man making initiative of the RSS is the prime motive behind the same said Sridhar. 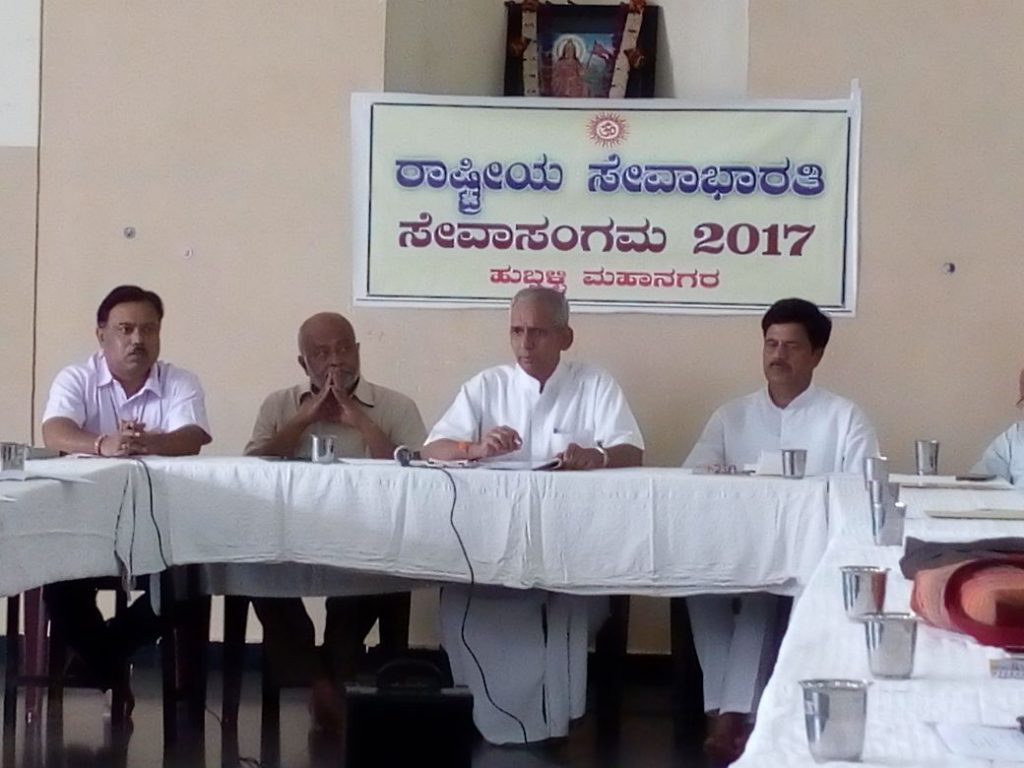