New Delhi January 13, 2017: “Jallikattu is a traditional festival related to Tamilnadu’s agricultural traditions. The Sangh (RSS) organisations in the state are in favour of Jallikattu. The festival is about playing with the animal, it does not involve celebration by killing of any ox, bull or camel” said RSS Akhil Bharatiya Sah Prachar Pramukh J Nandakumar.

He was speaking to newsportal News18.com. Jallikattu also known as Eruthazhuvuthal is a traditional event hugging or embracing the bull held in the Indian state of Tamil Nadu as a part of Pongal celebrations on Maatu Pongal day; the second day of the Tamil month Thai (mid January). Bulls are bred specifically by people of the village for the event and attended mainly by many villages’ temple bulls (koil kaalai). A temple bull is like the head of all cattle in a village; special rituals will be performed for this temple bull during important days. During the event, prizes are announced to encourage the youth to participate. After the event, tamed weak bulls are used for domestic activities and agriculture, meanwhile the untamable strong bulls are used for breeding the cows. Thus wild nature of the bulls are inherited to its next generation, even though these country bulls are domesticated a very long time ago.

Jallikattu has been known to be practiced during the Tamil classical period (400-100 BC). It was common among the ancient people Aayars(Yadava) who lived in the ‘Mullai’ geographical division of the ancient Tamil country

Mon Jan 16 , 2017
New Delhi January 16, 2017:  Communist Violence in Kerala bags another life of a nationalist innocent woman, as Vimala 46years, died today morning at Thrissur Jubilee Mission Medical College on Wednesday, due  to the massive burn injuries she received after her Palakkad house caught fire in an attack on December […] 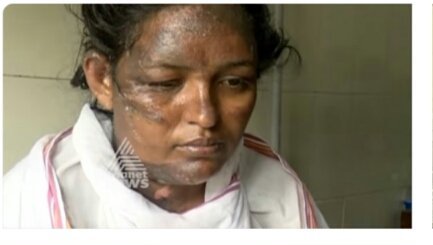