‘ The study of Samskrit helps in character building and Samskrit is the breath of the India, said LokaSabha speaker Sumitra Mahajan.
Speaking at the occasion, Mrs. Mahajan said, “Blessed are those who live for Samskrit. The message of the Samskrit literature is a universal one and the Vedic literature is very important in this regard. It is my own experience that chanting of Samskrit purifies one’s tongue and it also helps in building the character. Today, I cannot speak Samskrit for long but the values imbibed in the childhood are still strong”.

Saying that the modern scientists are trying to analyze the intricacies of the universe with the help of ancient literature, most of which is in Samskrit, she said, “It is possible that one day Samskrit will be the global language and Samskrit Bharati has a crucial role to play in it”.

Shri. Madhvaraj said, “Not learning Samskrit is the biggest regret of my life. This is not just mine, but the regret of crores of people. This is the richest language in the world”. He announced that 3.5 lakh students in the National Service Scheme in Karnataka will be taught Samskrit subhashitas henceforth.

The theme of the convention is Samskrit Bharat-Strong Bharat. In his opening address, Shri. Nandkumar said that saying ‘only Samskrit can make India strong is not enough, it must be manifested as well”. Taking a cue from this, Shri. Saluja said, “Samskriti is both, a mark and an instrument, of our strength. Samskrit is not only an ancient language but actually an eternal language. It is the language of the masses”.

Around 2000 delegates from all over the country have gathered to attend the event. The exhibition organized with the event showcases the Samskrit manuscripts, books and terms for various things used in daily life. A special stall is erected to provide information of the Samskrit wikipedia 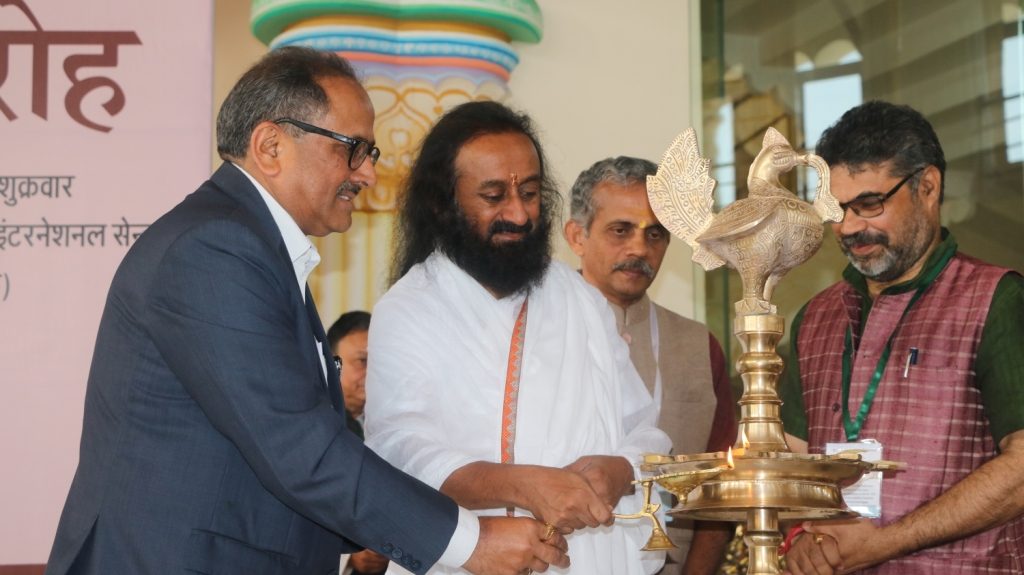