Addressing the gathering Tejasvi Surya expressed grave concern over the unabated rise in violence by Jehadi elements in West Bengal, encouragement to the anti-national elements by the state government due to its Muslim vote bank politics and declining Hindu population in the state of West Bengal.

At the protest venue, Candle Light tributes were paid to Sri Sharath Madivala, RSS Swayamsevak who was hacked to death at Bantwal near Mangaluru by suspected Jehadi terrorists.

Addressing on the occasion Rajesh Padmar, coordinator of Citizens for Democracy, demanded the state govt to take immediate action, to do an impartial probe and to arrest the culprits immediately. ‘”This increasing number of murders in Karnataka and other southern states is shocking and we want the Karnataka Government to take a strict and immediate action so that the culprit is punished, law and order is maintained and a peaceful environment is provided for the social activists in Karnataka,” he said. State govt should ensure the safety of social workers, Sharath was the 12th RSS Swayamsevak to be hacked to death in last 2 years in Karnataka, it is really a shocking situation’ he said.

Reminiscing the murder of another RSS worker Rudresh in Bengaluru earlier, Rajesh Padmar said the probe by the National Investigation Agency (NIA) revealed many things. “Even in the case of Rudresh in Bengaluru, we demanded an NIA probe. They revealed that there are so many networks related to the killings of so many RSS workers in Karnataka as well as southern states of India,” he added.

A pictorial tribute was also paid to Sharath on the occasion by few artists.

#SaveBengal Trended No 1 on Twitter on Saturday evening hours. Finally the good Bengalis give up on Mamata Banerjee and hit the streets to #SaveBengal.. Join them, speak up! Today: 5 centers, 5-8pm.. pic.twitter.com/tO2dfYJves 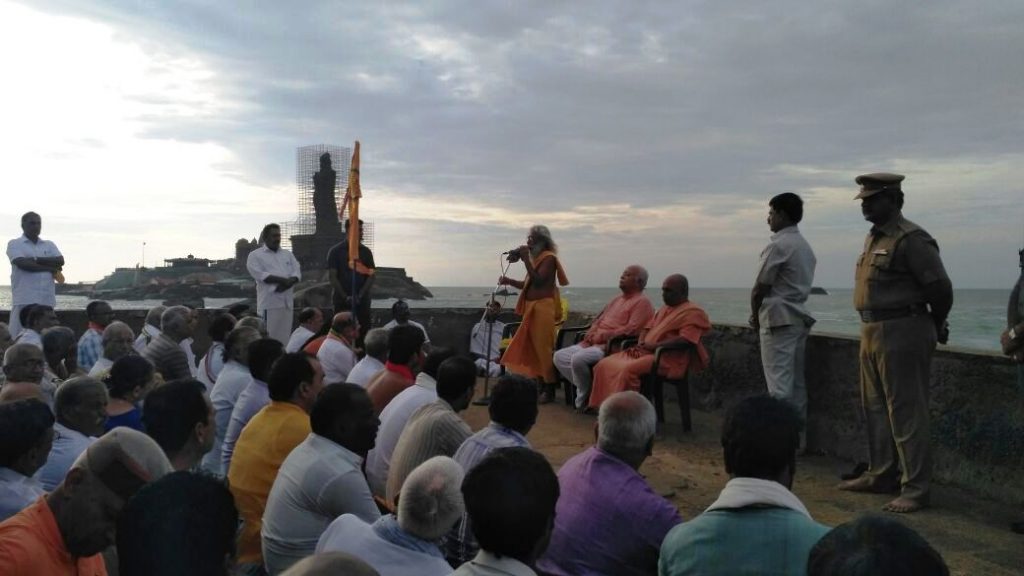