Udupi, Karnataka January 8, 2017: “The union government has prepared the vision document for the development of Indian languages including Samskrit. The time-bound program for the development of these languages will be unveiled soon”, said Union Minister for Human Resources Development Prakash Javadekar on the concluding day of 3-day National Conference of Samskrita Bharati at Udupi. Prakash Javadekar was speaking at a special session during the All India Convention of the Samskrita Bharati. Shri Shri Sugunedrateerth Swami of the Putthige Mutt presided the function. Shri Shri Vishweshteerth Swami of the Parayaya Pejawar Adhokshaja Mutt, Bhaktvatsal Sharma, national president of the Samskrita Bharati and M. B. Puranik, Karyadarshi of the Welcome Committee of the convention were present on the dias.

After visiting the exhibition put by the Samskrita Bharati along with the three-day convention, Shri. Javadekar personally interacted with the delegates coming from all over India. Lauding the efforts of the workers, he said that the time for the fruition of their efforts had arrived.

Javdekar said, “Samskrita Bharati unifies all the efforts for conservation and propogation of Samskrit. It works not for the language but for the nation. Language is the only means of conveying one’s emotions to others. Some states have put Samskrit in optional subjects along with the vocational courses. However, the language can never be an option”.

He appealed to the institutions working for Samskrit to enhance their capabilities to face the challenges for future. “The government is here to support your initiatives as all the extra money that has accumulated by the government after demonetization will be spent on the health and education. However, our languages cannot grow unless textbooks are available in those languages. We do not hate any language and love all languages. However, all the nations in the world use their own language and there is no reason why we should not do that,” said HRD Minister.

In his presiding address, Sugunedrateerth Swami said, “It is my experience that Samskrit is a beautiful and easy language. In a certain global conference, I talked in Samskrit and the foreign attendees told me that they understood 50 percent of it. All languages in the world are regional languages but Samskrit is the universal language. Therefore, Samskrit should be declared as the global language”.

Shri Shri Vishweshteerth Swami said that there are many sources of lights that illuminate the world, but the lotus only with the sunlight. Likewise, every language gives the light of knowledge but Samskrit is necessary for the blooming of the heart-lotus.

3-day National Conference of the Samskrita Bharati organized here concluded with much fanfare, learned discourses and the plans of future action. The three-day congregation saw witnessed many deliberations and the models of innovative experiments towards the propagation of this ancient language. The conclusion ceremony of the convention took place at the Rajangan Auditorium here on Sunday. Shri Shri Dr. Channasiddharama Panditaradhya Sivacharya Mahaswami was the main speaker at the occasion while Shri Shri Vishweshteerth Swami of the Paryaya Pejawar Adhokshaja Mutt presided the function. Shri. Nalin Kumar Kateel, MP of Mangaluru, Dr. N. Vinay Hegde, Chancellor of the NITTE University and the chairman of the Welcome Committee, Bhakvatsal Sharma, the national president of the Samskrita Bharati, Shirish Devpujari, whose appointment as the Mahamantri of the organization was announced at the occasion, Shri Ishpriyateerth Swami of the Admar Mutt, Vidyadheeshteerth Swami of the Phulimar Mutt and M. B. Puranik, Pradhan Karyadarshi of the Welcome Committee were present on the dais. Sivacharya Mahaswami underlined the significance of the occasion by pointing out that no pontiff from the Shaiv sect had entered a Krishna mutt before. However, he came and that was only for the sake of Samskrit.

Taking a cue from this, Shri Vishweshteerth Swami said that Vaishnav and Shaiv sects had come together. Heads of all sects should take note of this and should discard their differences. “Today, we are seeeing the dominance of the evil forces. All of us should come together to fight evil forces,” he said.

About Samskrit, he said, “Samskrit is the soul while our culture is body. If there is no sould, there will be no body. The Samskrit poses no threat to mother-tongue; it is the English language that does. Samskrit language is a great wealth of us Indians and we will be propelled in a deep darkness if we lose it”.

Shri Vidyadheeshteerth Swami explained the nuances and beauty of the Samskrit language while  Shri Ishpriyateerth Swami said that Samskrit is god’s language because one becomes godly when one learns it.

Shri. Vinay Hegde started with saying that he believed that India had lost a great treasure of knowledge contained in Samskrit. “Sometimes I feel I have lost something important by not knowing Samskrit. The tragedy of this country is that we are brought up in the anglicized culture and lifestyle. The language must be made compulsory at least in the schools,” he added.

He said, “Samskrit lost its glamour because it was restricted. Let the Udupi convention be the first step towards revival of Samskrit, adding that every house in this nation must have at least one Samskrit words in it.

Shri. Sharma announced the names of the new office bearers of the Samskrita Bharati during his opening address. He said, “Samskrita Bharati’s effort since its inception was that Samskrit should be all India. This is not an easy task. The learning this language is just a beginning and we should go forward towards learning the philosophy”. Statewide Vivek Band-2017 Campaign begins successfully, aiming to spread the message of 'Be Good- Do Good'

Thu Jan 12 , 2017
Bengaluru January 12, 2017: Aimed to spread the message of ‘BE GOOD – DO GOOD’ on the occasion of the 154th  birth anniversary of Swami Vivekananda, an mega statewide youth campaign VIVEK BAND-2017 was successfully began across the state by Samartha Bharata, an organisation  promoting social volunteering among youth. The campaign event simultaneously […] 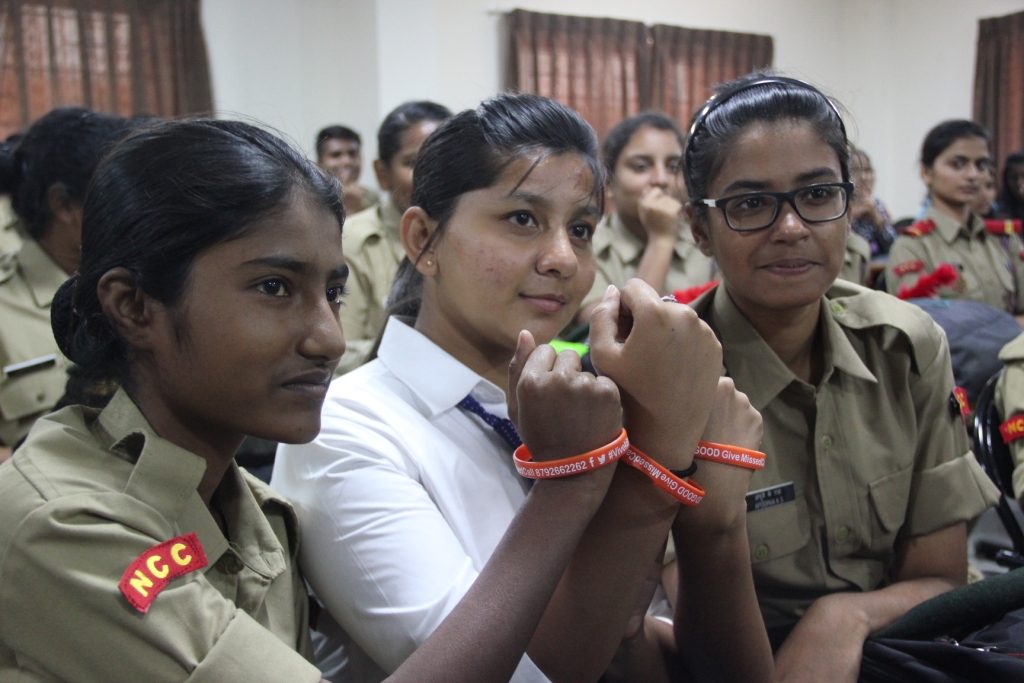