Terming the selfless  social workers who work in various social fields are like ‘Salt on Earth’ who might be less in the society but their presence is essential for society, Dattatreya Hosabale, the Saha-Sarkaryavaha of Rashtriya Swayamsevak Sangha (RSS), praised Religious leader Chaitanya Maharaj Deglurkar and Dr H R Nagendra who were felicitated by the prestigious ‘Shree Guruji Puraskar” by the RSS Janakalyan Samiti on Sunday at a function witnessed by 1000 people in Dombivli near Thane.

Hosabale also said that science and spirituality are said to be totally different but are the same. Therefore Yoga and modern science should come together to empower the whole country. Importantly, SHREE GURUJI PURSKAR-2017 is celebrated in the memory of Madhav Sadashiv Golwalkar also known as Shree Guruji was the second Sarsanghchalak of the RSS. This award ceremony is organised every year and felicitates prominent social activists.

This year Shree Guruji Puraskar was given to spiritual leader Chaitanya Maharaj Deglurkar for his incomparable contribution in the field of faith and Yoga therapist Dr H. R. Nagendra. The chief guest Dr Anil Kakodkar, the former chairman of the Atomic Energy Commission of India, felicitated both the prominent social activists.

While speaking on the occasion, Dattatreya remembered Shree Guruji and his hard work for the society and said, Guruji inspired all the swayamsevaks of RSS to perform yoga because his belief defined the relationship between science and spirituality. Dattatreya Hosabole said that there might be a difference in science and spirituality but Guruji proved many times that both the factors are interrelated. “Guruji not only inspired the people of India but also to the people abroad to follow Yoga,” he added.

Hosabale further emphasised upon Social workers who are a very important element of our country and helps in creating an empowered society. Dattatreya correlated the salt, social worker, together and conveyed the importance of both. He gave the example and said, “Salt is important in the meal if one doesn’t put the salt in food the taste will not be pleasant likewise social workers help in transforming the country, shapes the thinking of the people.

He further added that everyone will die someday but before death, one should dedicate themselves for country and Guruji did the same. RSS leader Dattatreya further said that working for the empowerment of the country is a biggest social work. Talking about Hinduism, Dattatreya said Hindutva is a religion but mainly it is a way of living and honourable Supreme Court has also upheld it.

Recalling Shree Guruji’s contribution for defining the ‘Hindu-ness’,  he said Guruji spent his whole life to explain Hindutva, therefore in the year 1996 all the international institutes, governing body accepted that Hinduism is not just a religion but it is the way of living.

Dattatreya also clarified that Shree Guruji dedicated his whole life thinking and inspiring others for the development of our country and betterment of the last person in the society. He worked on the theory which said that each and every man of our country must be happy. Guruji has also put the subject of equality and integrity forward. His belief was that in order to empower and develop the country with the love and devotion, “equality and integrity” are the most important factor. Dattatreya further added that Guruji’s belief is very important for building the nation and will work as a guide for the development and the empowerment of the country.

During this award function, Dr Anil Kakodkar firstly paid tribute to Guruji and remembered him for his outstanding social works. He also thanked RSS for inviting him as chief guest. He lauded the efforts taken by both the awardees for a social cause. He said, “India is developing very quickly but in such modern India people have lost peace of mind, therefore, everyone should perform yoga. Yoga is the only way through which one can get peace.”

“Several diseases are now discovered but there is no curable solution to it. However, Indian culture which consists of Vedas has the solution for all problems. Therefore, Modern science and Indian culture should be put together which will definitely help to find several ways and medicines to cure diseases,” Dr Kakodkar said. He added that the education, medical and agricultural sector should be promoted effectively in rural areas in order to boost the economy and to empower the people because a larger population of the country resides in rural areas.”

Chaitanya Maharaj Deglurkar after receieving the award said, “I would like to thank all the dignitaries of RSS for honouring me with this award and while accepting this award I got a bit emotional. I am honoured to dedicate my life for ‘vaarkari’ people.” While praising the dedication and work of Guruji Chaitanya Maharaj said, “Saint Dnyaneshwar is equal to Shree Guruji.” He further praised RSS and said that the beliefs of Sangh at the earlier stage of my life it forced me to think about empowering people and to love my country. “Beliefs are very important and Guruji has given us an inspiration. He himself is a source of inspiration. This award is not mine but of my culture, I am inspired by the hard work and the beliefs of Guruji, therefore, I devoted my life to the social cause,” he added.

On the other hand, Dr H. R. Nagendra said, “it is a great honour for me to get this award. But I believe this award is not for me but for yoga. Guruji is equal to god. Yoga not only keeps us updated with the knowledge but also answers the journey of life.” He further said that Yoga is already introduced into the education system and therefore whole India is able to transform in a very effective way. Dr Nagendra also emphasised upon such diseases which are not curable and said Yoga is the only way through which several diseases can be cured easily.

Dr, Nagendra recalled PM Modi’s speech at UN which effectively united the dignitaries of 128 nations to declare the world yoga day on 21st June. He further said that Yoga should not be celebrated only for a single day but should be celebrated every day. “Yoga can increase memory. All the yoga institutions, medical institutions, scientists and government should come together to find out the solution of such incurable diseases which has led lakhs of people to death,” Dr Nagendra added.

During the start of the award ceremony, several school kids who hail from Northeast India sung patriotic songs. These students are brought up from Northeast region of India for their further studies by RSS. The work done by RSS till now in the field of education, medical science, poverty, agriculture across the country was also appreciated during this award ceremony. 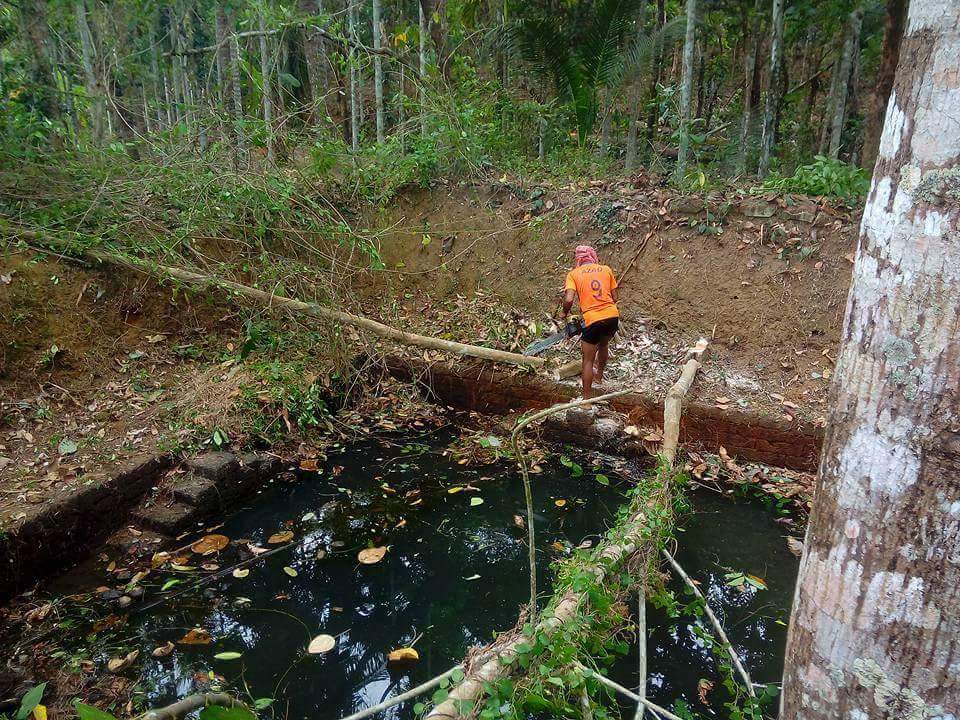