Ravikumar Iyer who has written the book ‘Indian Heroism in Israel’ is now translated to Kannada as Bichugatti by Pradeep Mysuru an RSS Pracharak who has the responsibility of Karnataka Dakshina Pranth’s Sah Prachar Pramukh and is published by Sahitya Sindhu Prakashana. A book release program was organised by Rashtrotthana Parishat today in Mythic Society, Na Dinesh Hegde of the Parishat, Sibanti Padmanabha journalism professor in the Tumakuru University, Prakash Belavadi, filmmaker and the author Ravikumar Iyer who also is a Joint Organizing Secretary of the HSS were present.

The program started with the lighting of Jewish lamp Hanukiah which had 9 candles. 23 Sept 2018 marks the centenary celebrations of Haifa war and it is our moral duty to celebrate the same with pomp and show which portrays the valour of our Mysuru Jodhpur and Hyderabad jawans who fought the 1st world war in the favour of British Sri Ravikumar Iyer said in his address. He asked if our Mysoreans who with traditional war equipments could march towards victory, should we not be observing this great day in history at the least visit Israel to experience the centenary planned.

Mysuru and Jodhpur soldiers who fought the war are considered warriors not just in Israel or Britain but worldwide but the unfortunate thing is that we have never given the place of respect to our soldiers he grieved. He also said that retreat was never in our teachings and winning was a sure thing. Ravikumar added that the relationship between Israel and Bharata dates back 2000 years ago and the cordial relationship shall go much stronger. He also explained how the small country of Israel surrounded by enemies all around sustained and have only become stronger every time and was not being crushed.

Prakash Belavadi the filmmaker spoke about the need for us to have our strong bonds with our past and unfortunately due to the curriculum we are taught in schools, we have missed out learning important annuls of history. Sibanti Padmanabha spoke high about the book and content of the book and how the book throws light in various chapters the critical conditions the people deputed to fight the war faced in those times. Bhaskara Rao, ADGP, KSRP also spoke on the occasion where he shared how the Mysore Lancers who were chiefly involved in the World War I, also had contributed in eliminating the Razakar trouble in Hyderabad. 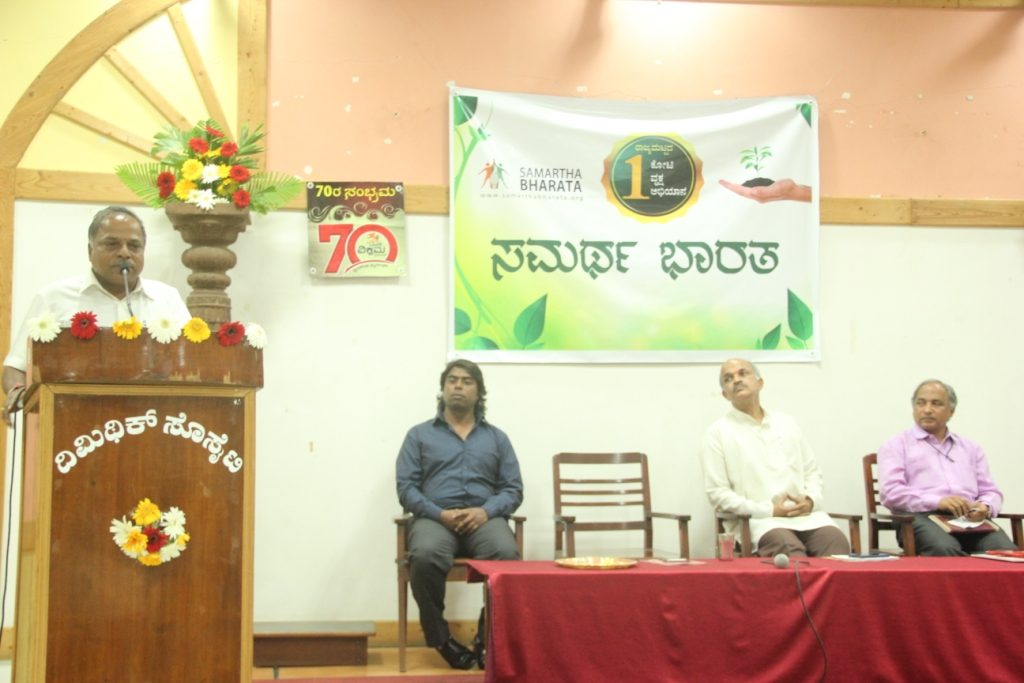