New Delhi January 16, 2017:  Communist Violence in Kerala bags another life of a nationalist innocent woman, as Vimala 46years, died today morning at Thrissur Jubilee Mission Medical College on Wednesday, due  to the massive burn injuries she received after her Palakkad house caught fire in an attack on December 28, 2016.

Vimala (46), wife of Kanjokode BJP leader Kannan, had been admitted to the Thrissur Jubilee Mission Medical College on Wednesday, and was in in a critical condition with 70% burn injuries. She died on Monday morning. Her husband’s brother Radhakrishnan, who had suffered 60% burns, already died on January 6, 2017.

The incident took place December 28, 2016 in Kanjikode, Palakkad, when Marxist goons torched the home of Kannan, former Panchayat member. With the house being set on flames, the gas cylinder in the kitchen caught fire as well, resulting in an explosion. Soon fire spread to all the rooms, resulting in Kannan’s wife Vimala being grievously injured. She has been admitted to hospital with over 80% burns. Vimala, Kannan and  were severely injured.  Radhakrishnan, who had suffered 60% burns, died on January 6, 2017. Three local CPI (M) workers were arrested in connection with the case, and the police said that more suspects are yet to be arrested in the case. (Few Inputs from Haindavakeralam and TheNewsMinute).

A BJP man had died after his house was set on fire in Kerala. Today, his brother's wife too died. Brother critical. https://t.co/PkLMoHBbPO

RSS reacted strongly and severely condemned the incdient. RSS Akhil Bharatiya Sah Prachar Pramukh issued a statement, said ”Vimala is the latest victim of an organised savagery. A state facilitated politicide, which is organized and relentless in its targeting of not only political and ideological opponents, but also their families and children. This brutal suppression of the principles of democracy, constitutional and human rights as well as free expression, has no place in democratic India”

Smt. Vimala died today after battling burn injuries as a result of her house being set on fire on December 28th 2016 by CPM workers. Her tragic death is yet another entry to a growing list of atrocities that are being perpetuated by CPM cadre, emboldened by the return of their party to political power in the 2016 Kerala assembly elections. Since CM Pinarayi has taken office there has been an alarming trend of CPM cadre attacks on women and children. Smt Vimala is the latest victim of this organized savagery. In the absence of any decisive action by the state government and law enforcement agencies, the political violence has intensified and been emboldened, by the dual strategies of strategic silence and open encouragement (reported in media reports) by party leaders. Today, this strategy has cost a young, vibrant woman her life under the most barbaric circumstances, where her existence was reduced to a mound of burnt flesh. She died not wishing to live anymore.

Words of condemnation are inadequate when faced with a state facilitated politicide, which is organized and relentless in its targeting of not only political and ideological opponents, but also their families and children. This brutal suppression of the principles of democracy, constitutional and human rights as well as free expression, has no place in democratic India. 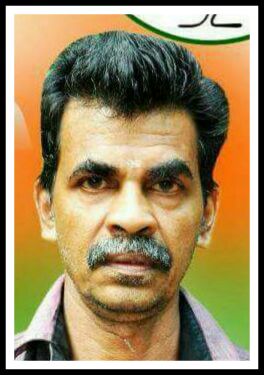