21 Jan 2018, Chikodi: Jilla Samavesh was organized in Chikodi today to mark the entry of RSS in Chikodi and the founder of RSS Dr. K B Hedgewar had in 1938 visited the village for the first time. Sri Gopal Ji explained the journey of RSS especially in, Karnataka of the present day. In 1938 when Dr Hedgewar fondly known as DoctorJi visited Chikodi , no citizen offered him stay or food and now after 92 years of RSS journey, today people of Chikodi have much love and respect towards Sangha and the welcoming of PathaSanchalan with Rangoli and decoration speaks about the same. This only shows how the things have changed in the last 80 years.

Addressing the gathering, he gave a call to respect the mother land which has a rich splendid culture and history.
He raised serious concerns on threats Hindu Society is undergoing which include Love Jihad, conversions by the Christian missionaries, Caste politics and requested society to oppose such propaganda which divides the society. He also appealed to have an active involvement in any social service, seva activity of RSS , because nation building is continuous process and without active participation from everyone, it could only take more time to achieve. Sat Jan 27 , 2018
Seva Sanghik of Begur Nagara: On very cold morning of December 25th, no of Swayamsevaks from Begur Nagara participated in seva activity in Seva Basatis of Begur nagara. Last year the heavy monsoon rains were much harsher and the need of the hour in winter was worm clothing.  Begur RSS […] 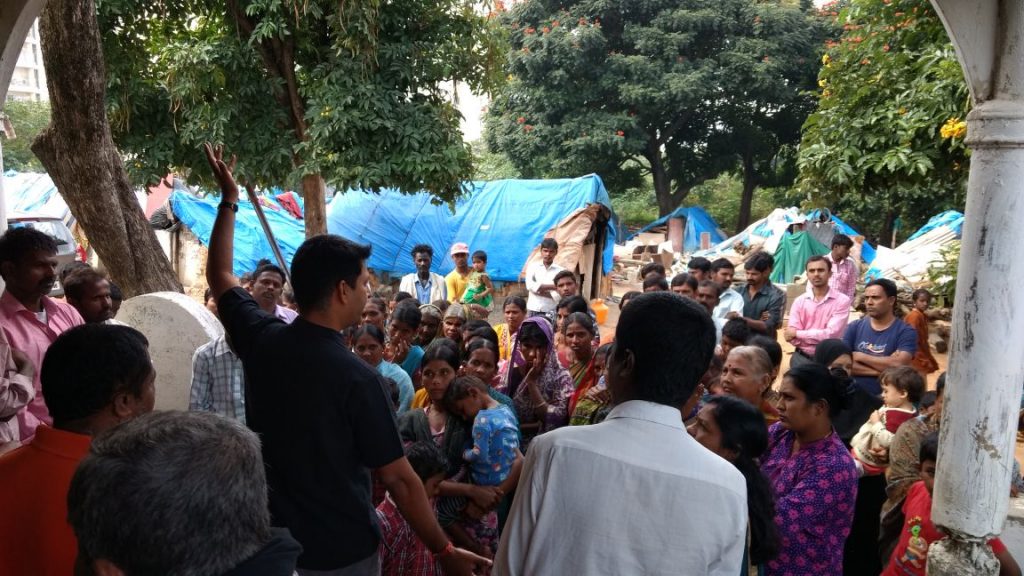