Dattatreya Hosbale, began with an introductory speech on the book said that a Pracharak’s life is more of contribution to the society without any expectation or glory. Krishnappa was no different from it and the intention of this book is to not glorify the personality but make it an effort to inspire the next generation.

Krishnappa himself believed primarily in “Nimittamatram bhava”, which means we are just an excuse while the deeds we perform is perpetual.

He also added that Krishnappa was instrumental in envisioning the Gurukula concept and a lot of his activities inspired citizens who were not part of RSS too.

The author of the book, Chandrasekhar Bhandari spoke about the factors & challenges like the size and the price of the book, while etching the life of Krishnappa in the book form. He also credited the contents of the book to a lot of narrations from people who had shared experiences with Krishnappa himself. He said the book serves as an inspiration to the new generation Swayamsevaks (post-Krishnappa era) to continue the service to the society.

Chief Guest S.L. Byrappa was at his usual best, by mesmerizing the audience in his poetic form. His association with Krishnappa was from college days and narrated a few experiences of theirs which best describes the qualities of Krishnappa. Bhyrappa credited a lot of his success to writing big novels to Krishnappa.

Krishna, as he was fondly referred by the famous author, said that Krishna induced the habit of reading voluminous books during college days and this helped him mould his reading and writing skills.

Byrappa also narrated an incident during the Emergency period in India and how effectively Krishnappa was working towards the betterment of the society in spite of challenges during those times. He also added, Krishnappa was instrumental in envisioning and starting the concept of Gurukula schools and reasoned that political efforts alone were not sufficient for strengthening the society. He opined that the author of the book has done a great job in encompassing the life of Krishnappa in the book form. Dr.Mohan Bhagwat who released the book opined that a pracharak life demanded to yield completely to the service of the society and Krishnappa’s life illustrates the same.

The book is important in the context of carrying the baton to the next generation and it forms an inspiration to a lot of new Swayamsevaks : Dr Mohan Bhagwat, Sarsanghachalak RSS

The event was well compered by regional RSS pracharak Dr.Jayaprakash and Mr.Pattabhiram, Karyavah for Karnataka Southern region delivered the vote of thanks in an event which was attended by a jam packed audience. 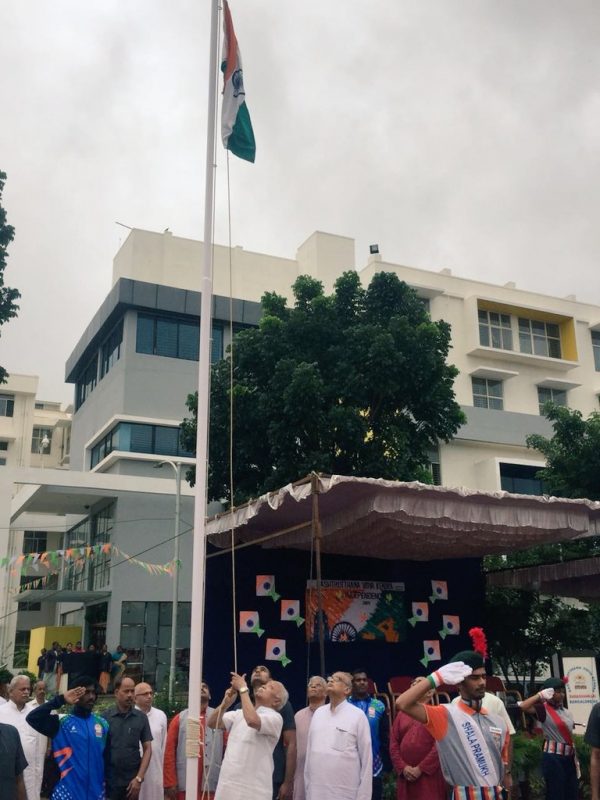