Skip to content
In a landmark verdict the Supreme Court today has held that waters of an inter-state river passing through corridors of the riparian states constitute a national asset and no single State can claim exclusive ownership of its water. While the quantum of water the Supreme Court has allocated to each state is important, the judgement lays emphasis on prudent and judicious use of water for all the states equally.
The judgement of the Supreme Court has also endorsed the National Water Policy, which envisages that water sharing / distribution amongst the states should be guided by a national perspective with due regard to water resources availability and needs within the river basin. The SC ruling further observes that the quantum of water sharing between the states follows the principle of equitable allocation internationally recognized by the Helsinki Rules, Compione Rules and Berlin Rules (regarded as the guiding factor for resolving disputes and allocation of water of an interstate river), which has also been incorporated in the National Water Policy.

This judgement taken in right earnest should be seen as a call for sensible use of water. Though, the Supreme Court has observed that drinking water requirement of the overall population of all the States has to be placed on a higher pedestal, the sagacious use of water for agriculture and industrial purposes is the responsibility of the states. Though groundwater is being used for many purposes, over extraction has resulted in depleting groundwater availability, especially in water stressed states like Tamil Nadu and Karnataka.
Large parts of India have already become water stressed. Rapid growth in demand for water due to population growth, urbanization and changing lifestyle pose serious challenges to water security. Keeping the issues related to water governance, management of water resources and future challenges in mind, the SC verdict has also called for the framing of a National Water Framework. The Framework should lead the way for essential legislation on water governance in every State of the country without affecting the federal structure to deal with the local water situation. Such a framework has to address the basic concerns and changing scenarios but provide solutions in a unified national perspective. Picture Sourced from the Internet, Courtesy : Star of Mysore
While many suggest that inter-linking of rivers as one of the solutions to solve the country’s water woes, considering the repercussion it could have, it is a subject that still needs lot of deliberations by experts and other stakeholders. Many have also suggested that states like Tamil Nadu and Karnataka which have long coastlines should invest in desalination plants.If not for drinking purposes, desalinated water can certainly be used for agriculture and industrial purposes. Water scarce country like Israel has shown the way ahead in this aspect.
In a nutshell, today’s verdict is to be seen as a call for prudent use of our water resources, rather than view it as a victory or a setback for a state. While we all welcome or oppose the verdict, the onus is also on each individual as it is on the states, to use water judiciously.
–
Sri Prashanth Vaidyaraj,
Bureau Chief, Organiser, South India

RSS and Army: A relationship based on mutual trust, writes Rakesh Sinha 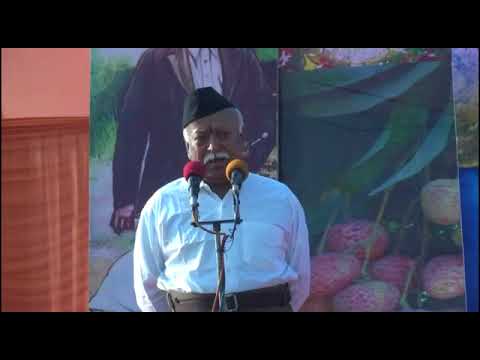