Akhil Bharatiya Praitinidhi Sabha is of the view that language is an important constituent of identity and active vehicle of the culture of any individual and society. The languages and dialects, prevalent in the country are most essential to protect our culture, noble traditions, excellent knowledge and vast literature as well as to promote creative thinking. The oral tradition of knowledge in the form of songs, idioms and folklores etc in various languages is many times more than the written literature.

The declining trend in the practice and usage of Bharatiya languages, elimination of their words and replacement by words of foreign languages are emerging as a serious challenge. Today, many languages and dialects have become extinct and several other are endangered. ABPS is of the opinion that the governments, other policymakers and the society, including the voluntary organizations should endeavour to undertake all kinds of efforts to protect and promote various languages and dialects of the country. In this regard, following efforts are worth undertaking:-

1. Primary education across the country should only be in mother tongue or any other Bharatiya language. For this, parents should also make up their mind and the governments should formulate suitable policies and frame necessary provisions in this regard.

2. Teaching, study material and option of appearing in the examinations in higher education in all faculties including the technical and medical should be available in Bharatiya languages too.

5. The entire society including the swayamsevaks should give preference to the mother tongue in conversations and day to day interactions in the family. The tradition of collecting and reading literature in these languages needs to be cultivated. At the same time, their plays, music and folk arts should also be promoted.

6. Traditionally, languages have been means to integrate the society in Bharat. So, while having pride of one’s mother tongue all should show a sense of respect for all other languages.

7. Central and State governments should take effective steps to protect and promote all the languages, dialects and scripts of Bharat.

ABPS is in favour of learning various languages of the world to acquire diverse knowledge. But, in a multilingual country like Bharat ABPS considers it most necessary to protect and promote all the languages of Bharat as the carrier of our culture. ABPS calls upon the society including the governments, voluntary organizations, media, religious organizations, educational institutions and intelligentia to make every possible effort to promote the use of Bharatiya languages and ascertain purity of their grammar, usage of words and the scripts. Sat Mar 10 , 2018
Nagpur March 10, 2018: Sri Suresh Bhaiyyaji Joshi has been re-elected unanimously as SARAKARYAVAH (General Secretary) of RSS for the next three years, till March 2021. The RSS elects its  General Secretary every three years at the baithak of its delegates called the Akhila Bharatiya Pratinidhi Sabha(ABPS). Suresh Bhaiyyaji Joshi, File Photo Known for […] 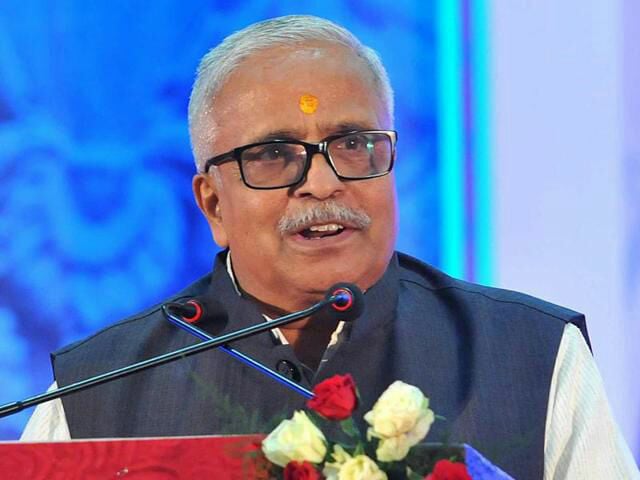