A unique event in Gonikoppa, Kodagu district, has brought a new dimension to Bharat-Israel ties. It was the punyatithi of Sri Itamar Omar, a Jew who took deeksha as a Hindu Sanyasi. Omar, was born as a Jew in 1945. He visited Bharat and was impressed by its culture and traditions. Consequently he took Deeksha from Swami Muktanand of Ganeshpuri near Vashind on Mumbai Nasik Road. Omar’s Hindu name was ‘Narad muni’. He returned to Israel but led the life of a Sanyasi. He breathed his last on 24 April, 2012. However, he is popular amongst Israelis even today for forging the everlasting ties between the two countries.

He spent several years propagating ‘Soham Yoga’ among Jews in Israel. Though he breathed his last in Israel, he wished to be buried as per Hindu rituals ordained for a sanyasi. Sri Kuppanda Rajappa and Smt. Chaya Nanjappahave graciously given the required land to construct his Samaadhi in their coffee estate in Attur village near Gonikoppa in Kodagu district of Karnataka.

The event commemorating the life and contribution of Sri Itamar Omar was held on 25th April and was attended by more than 500 people, including around 50 from Israel. Several renowned writers and leaders of various organizations were part of the event and addressed the gathering.

Shri Ravikumar, in his speech, highlighted that the Bharat-Israel relationship was older than 2500 years. He mentioned that the first synagogue outside Israel was built in Bharat and said that Bharat was the only country where Jews were not persecuted.

Sushil Pandit said in his speech that we try to tell that we do not have intolerance in our country, but we have so much intolerance expressed by non-Hindus towards Hindus. Anything that is Hindu is being attacked by pseudo-seculars and anti-Hindu forces.

Narada Muni’s (Sri Itamar Omar) punyatithi has brought people from varied background and interests together and provided a platform for fruitful discussions on Bharat-Israel relationships and the dangers that Jewish and Hindu societies are facing today. Narada Muni’s Samadhi has become a new centre for Bharat-Israel friendship. Many leaders present on the occasion expressed hope that Narada Muni’s samadhi would become a hub of activities to boost Bharat-Israel ties further. 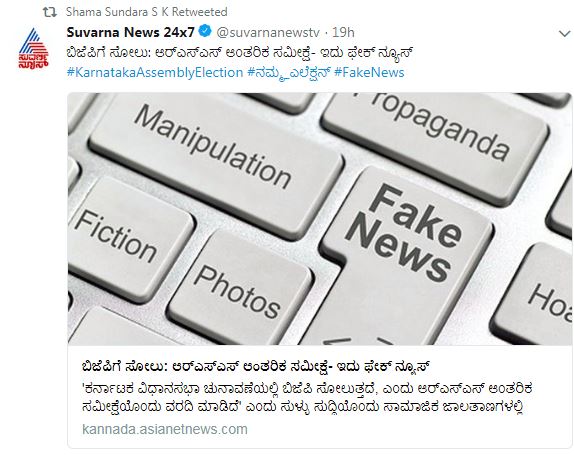