National Sports Day in India is celebrated on Aug 29 of every year. The day is to commemorate the birth day of Major Dhyan Chand the magician, wizard hockey player who helped India secure Gold medals in Olympics in the years 1928, 1932 and 1936. Apparently it is said that after India defeated Germany in 1936, Dhyan Chand was offered to change his nationality to German by Adolf Hitler for which patriot Dhyan Chand outrightly rejected. Between 1926 and 1948 when he played, he had scored 400 goals.

While speaking on the same breath lest we forget another hockey player our nation produced and even Dhyan Chand had praised saying, “My brother player better hockey” was Roop Singh. Roop Singh played in the same time as Dhyan Chand.

Bharat’s Hockey team literally traumatized the opponents at one point in time. Bharat has so far won 8 Gold, 1 silver and 2 Bronze medals in the Olympics for Hockey. Though it is clear that Hockey is not our national game and we have not declared any game as national game lot has to be said about the popularity it had. Cricket has gained popularity in the last 4 decades and Bharat has done really well under captaincies of Kapil Dev, Saurav Ganguly, M S Dhoni and Virat Kohli. We have seen many successful cricketers who have made the nation proud.

Bharatiya Women have been doing great too in the field of sports. Stars like P V Sindhu, Saina Nehwal have created the craze of Badminton among the youth. Deepa Karmakar, Mary Kom, Sakshi Malik, Phogat Sisters, Hima Das, Mithali Raj to name some of the many have evinced the sport they play popular and following has increased considerably. Sadly the whole scenario is now on watching and cheering alone and not many parents have openly allowed their children to take up sports as a career. The day we have good input into the field of sports which is purely based on interest and passion backed with support from the families we will have a much stronger medal tally and a much healthier nation.

Sri Ravi Kumar Iyer from Sydney (ravisydney@yahoo.com) writes the below piece on the occasion of #NationalSportsDay

Indian culture and heritage is older and richer than rest of the world. It is the birth place of the best in many fields such as architecture, astrology, astronomy, economics, mathematics, politics, town planning, and may more. Games have been a part of this rich culture since the dawn of history. Lord Shiv and his consort Parvati played Pachisi(aka Pagade in Kannada), Ravana played chess with wife Mandodari, the Pandavas lost Draupadi over a game of dice and Jija Mata played chess with Shivaji to inspire him to capture Fort Simhagad. Sports have always played an important role in the history and mythology of India.

It is noticeable that many of today’s Olympic disciplines are sophisticated versions of the games of strength and speed that flourished in ancient India. Throughout history Indians were expected to be competent in war games like chariot-racing, horsemanship, Polo, archery (Dhanur Vidhya), hammerthrowing, Javelin (trishul) throwing, discus (Sudarshan Chakra) throwing, wrestling (Malla Yudhha), Boxing (Mushti Yudhha), weight-lifting, kho-kho, kabaddi, swimming and hunting. These games are now very much part of Olympics and International sporting events. Kung-Fu, judo, karate, Thai kick boxing are later versions of Indian Niyudha (Nis-Shastra Yudha) or Martial Arts and Hockey is the modified version of Indian Polo. Many of these games first spread to Asian countries where ancient Hindus had established Hindu empires since 300 BCE till 15th century. Later these games spread to the rest of the world. The popularity of Chess and cards is increasing rapidly all over the world.

Atharva Veda contains some well-defined values like,” Duty is in my right hand and the fruits of victory in my left” which bears the same sentiments as the traditional Olympic oath: “…….For the Honour of my Country and the Glory of Sport”.

Let us remember the heroes of the sports of Bharat and help create new ones.

Thu Aug 29 , 2019
On #NationalSportsDay, it is time we remember those forgotten heroes who have made Bharat proud. Along with the Olympics which is held once in four years, a parallel one for the people with disabilities was constituted and thus Paralympics was born, India’s track record in this section is fairly good. […] 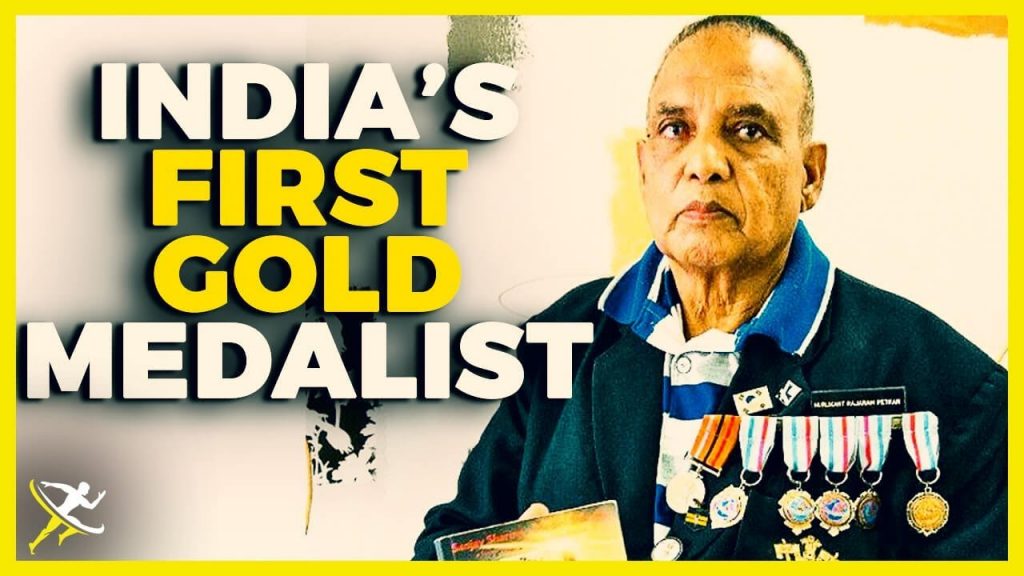