On #NationalSportsDay, it is time we remember those forgotten heroes who have made Bharat proud. Along with the Olympics which is held once in four years, a parallel one for the people with disabilities was constituted and thus Paralympics was born, India’s track record in this section is fairly good. Below are some statistics. Bharat has won 12 medals here and the break up being as below:

Murlikant Petkar of Sangli, Maharashtra, is India’s first Oympic gold medalist. He won an individual gold medal in the 1972 Summer Paralympics, in Heidelberg, Germany with several Pakistani bullets in his body. He was disabled during the 1965 war against Pakistan, sustaining severe bullet wounds. He set a world record in the 50 m freestyle swimming event, at 37.33 seconds. In the same games he participated in javelin, precision javelin throws and slalom. He was a finalist in all three events. In 2018, he was awarded with the Padma Shri after a long wait of 45 years. Petkar thanked cricketer Rahul Dravid, Abhinav Bindra and others at the GO Sports Foundation for their efforts in getting Padma Award.

DEVENDRA JHAJARIA: ONLY INDIAN TO WIN 2 GOLD MEDALS in PARALYMPICS.

Devendra Jhajharia (born 1981) of Churu, Rajasthan, is the first Indian Paralympian to win two gold medals at the Paralypics. He won his first gold in the javelin throw at the 2004 Summer Paralympics in Athens, becoming only the second gold medalist at the Paralympics for his country. At the 2016 Summer Paralympics in Rio de Janeiro, he won a second gold medal in the same event, bettering his previous record. He hails from Churu District in Rajasthan. At the age of eight, climbing a tree he touched a live electric cable. He received medical attention but the doctors were forced to amputate his left hand. His wife, Manju, is a former nationally ranked kabaddi player; the couple have two children.

Mariyappan Thangavelu (born 28 June 1995) of Salem, Tamilnadu, won the Gold medal at 2016 Summer Paralympic games held in Rio de Janeiro in the men’s high jump T-42 category. On 25 January 2017, Government of India announced “Padma Shri” award for his contribution towards sports. Mariyappan was born in a village in Salem district, Tamil Nadu. He was one of six children (four brothers and a sister). His father reportedly abandoned the family early on, and his mother, Saroja, raised her children as a single mother, carrying bricks as a labourer until becoming a vegetable seller, earning ₹100 (US$1.40) a day. At the age of five, Mariyappan suffered permanent disability in his right leg when he was run over by a drunk bus driver while walking to school; the bus crushed his leg below the knee, causing it to become stunted. Despite this setback, he completed secondary schooling; he says, “didn’t see myself as different from able-bodied kids.” In 2015, he completed a bachelor’s degree in business administration from AVS College of Arts and Science. He plans to complete an MBA from the same institution. 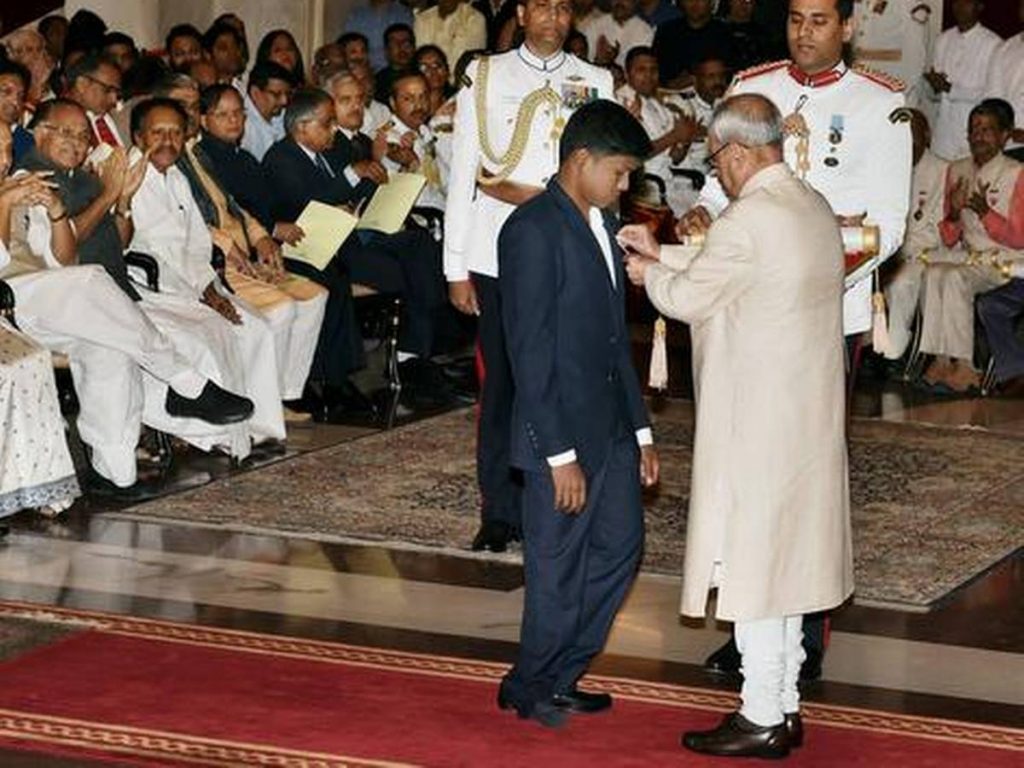 #NationalSportsDay and some quotes by successful sportspersons of Bharat

Thu Aug 29 , 2019
Samvada tries to bring some quotesof successful sportspersons of Bharat to evoke the interest of sports and double the passion. Go through them below email facebook twitter google+ WhatsApp 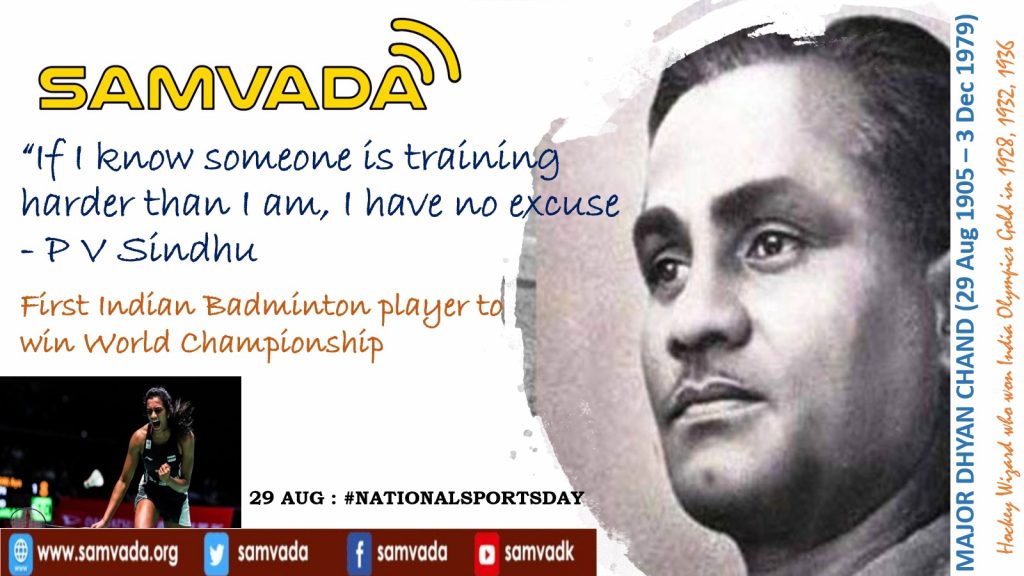