25 Aug 2019, Bengaluru: A library was inaugurated in Bengaluru City on Thursday at Electronic City Phase II on 15th Aug 2019 by Sri Sridharswamy, the Kshetra Boudhik Pramukh of RSS and Dr. Jitendra Kumar of Bio Innovation, Bengaluru.

The unit was set up by Rashtriya Books Circulating Library Trust at Electronic City Phase ll. The model unit will be providing access to books from 16 different languages from publications across the country with a capacity to hold as many as 10000 books. The library is completely web integrated. The membership and reservation of books are possible online.

The event was organised by the RBCL Trust. The concept of RBCL was envisaged by the prachar vibhag of RSS IT Wing. The RBCL trust has a plan to establish many such circulating libraries in the days to come across the city and the country to encourage reading and develop the quest for knowledge. The libraries are self-sustaining and are managed by volunteers

Sri Sridharswamy who is the vice principal at National College, Basavanagudi called this initiative of Rashtriya Books Circulating Library, a Big adventure in the direction of Nation Building. While speaking to the gathering he further stressed the need for building awareness about our Nation in the young minds.

Sri. Jitendra Kumar who presided over the event discussed about the influence of electronic gadgets in our day to day life and a steady decline in the habit of reading physical books. Speaking further he highlighted the positive influence of books on innovation and on the development of Nation. 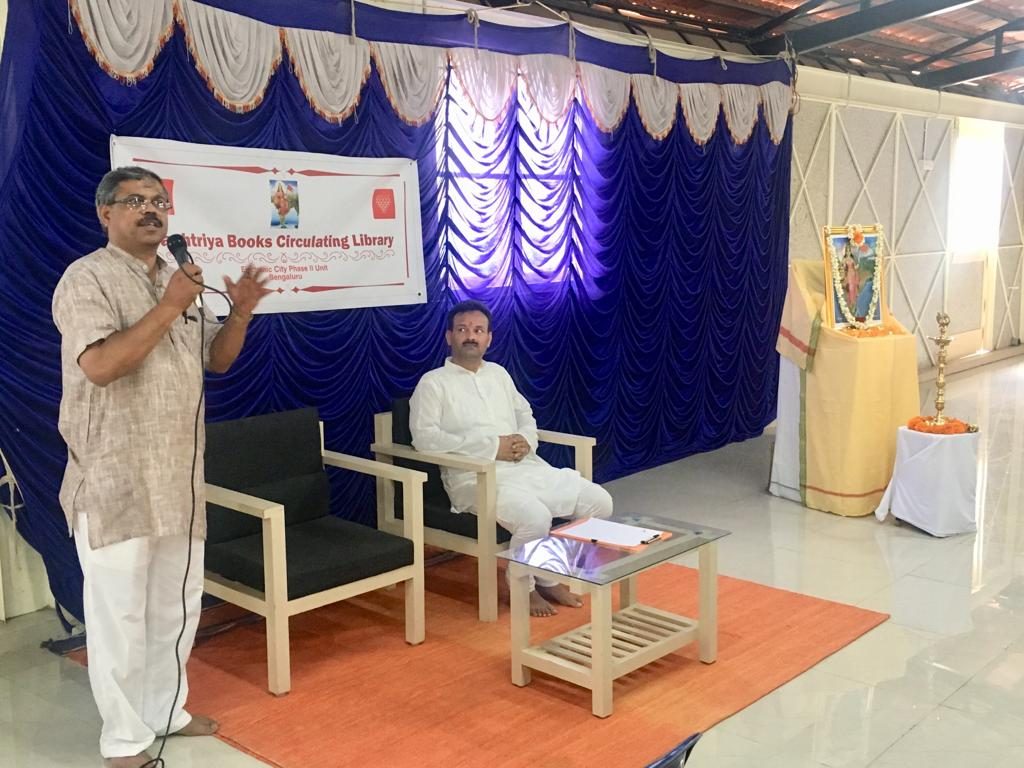 A book was also issued to the first member of the EC ll unit to symbolically kick start services of the library. A demonstration of website was done and it features were presented to the audience during the event.

The Nagara Karyavaha of IT Milan Sri. Kartheek who spoke on the occasion said that the library unit will also become a platform for various intellectual activities in the future. Meanwhile he also informed the audience about a series of discources and discussions on Indian way of economics planned in the month of November this year on the premise. While talking about the inception of the model library Sri Kartheek recollected that the President of RBCL Sri. Sriram came forward in the support of this initiative and allowed his Flat No 1F10 of Shanders Dwellington to be used for library.

This was the second library unit set up by RBCL trust and it was the first full fledged multi lingual library unit set up in the city. The first library unit was set up near IISC Bengaluru, which is already operational since April this year. The IISc Unit was inaugurated by Manya Sri. V Nagaraj, Kshetra Sanghachalak for Dakshina Madhaya Kshetra of RSS.

RBCL is a platform for enthusiasts who are interested in the study of literary works dealing with aspects of Nation building, National Integration and History of India.

RBCL is a web based library service in your neighbourhood. It is a not for profit and self sustaining organization run by its volunteering members.

A volunteer works as an Operator of the library. Members can register to a specific center in his/her neighbourhood and avail the facilities of RBCL. Books can be borrowed without actually purchasing the book, by just paying a nominal fee as rent.

RBCL Trust appreciates your support in this endeavour of National awakening. It is a perfect forum for exchanging the thoughts pertaining to the Nation and its development.

One can visit the site at http//:rbcl.in for more details. 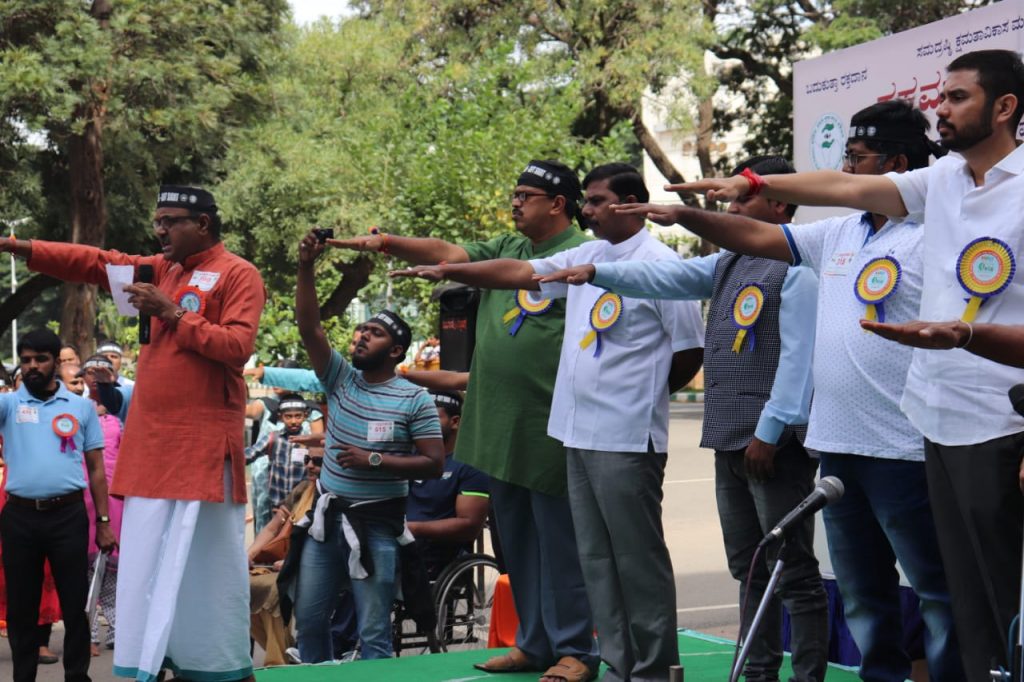