In the wake of the Ayodhya Verdict in the court today, it makes sense to ponder over few Frequently asked Questions on Shri Ram Janmabhoomi

Q: Why is Shri Ram considered a venerated figure by Hindus?

As per Hindu tradition, Shri Ram is seventh incarnation of Lord Vishnu born in theTretha Yug, second of the four Yugas. The Lord Vishnu is believed to have been born as Shri Ram to negate ‘adharma’ or unrighteousness. He is believed to have been born over 3000 years back to lead the Hindu civilization. Not just in India, but several of South and South Asian countries citizens do believe in the legendary Shri Ram as manifestation of Lord Vishnu. Archeological evidence attests to several important facets of Shri Ram’s life. Hindu literature including the holy Book, Ramayana provides enough evidence to establish that Shri Ram’s life dates back much earlier. Even the recently discovered Dwaraka, the submerged city corroborates the existence of Shri Ram.

Q: Any evidence that point to existence of Shri Ram Janmabhoomi?

In 1975-80, Archaeological Survey of India, a team led by Prof B B Lal did extensive excavations in Ayodhya to establish various sites mentioned in Ramayan. The team was able to establish that Shri Ram Janmabhoomi site was occupied prior to 7th century BC. Two pits dug near the Babri structure led to discovery of bases of pillars from the destroyed temple. These were in alignment with fourteen Kasauti-stone pillars that were used in the Babri structure. These pillars had distinctive Hindu carvings of the 12th century. In addition, arte facts from destruction of the mandir in 1528 were also recovered. One of the most important one was a 1.10 × 0.56 meter slab consisting of 20 engraved lines in Nagari script. These lines mention of an existence of a beautiful temple of Vishnu – Hari at the site.

Q: Any proof of Ram Mandir’s destruction at Ayodhya in 1528 AD?

Authenticated Muslim records attest to destruction of a grand temple at the very site. European visitors, prior to the British rule refer to this destruction. Archaeological studies conclusively prove the existence of a temple prior to construction of Babri structure. Land revenue records maintained by the British, have identified the site as Janmasthan. There is even legal judgment of 1886 that points to construction of Babri structure on the site holy to Hindus.

Q: How can one say that Babur destroyed the Ram Mandir in Ayodhya?

In English translation of Persian diary of Babur named ‘Babur Nama’, Annete Susannah Beveridge mentions specifically the destruction of Shri Ram temple. She says that Babur was impressed with dignity and sanctity of the ancient Hindu shrine at Shri Ram Janmabhoomi. She also says that as an obedient follower of Mohammed, Babur regarded the substitution of the temple by a mosque as a dutiful and worthy action. Several notings in his diary point to Babur’s presence in and around Ayodhya during destruction of the temple. To buy peace with Hindus, 50-years after destruction of the temple, Akbar oversaw construction of Sita ki Rasoi at the original site and Ram Chabootar, in the vicinity of the original Garbha Griha, sanctum sanctorum. There are numerous accounts to drive home the fact that Ram Navami was celebrated at the site from 1700.

Q: Why was Shri Ram Janmabhoomi not recovered earlier?

Tens of thousands of people sacrificed their lives in defence of temple at Shri Ram Janmabhoomi. In spite of a relatively strong Islamic rule in the area, Hindu kings used every opportunity to liberate the site. Prior to 1947, there have been 77 recorded attempts to get back Shri Ram Janmabhoomi from Muslims.

Q: During the British rule, did Hindus make any attempt to recover Shri Ram Janmabhoomi?

Hindus did explore the judicial process way back in 1885 through a case. Essential section of the judgment that was delivered in 1886 reads as follows: “It is most unfortunate that a masjid should have been built on land specially held sacred by the Hindus, but as the event occurred 356 years ago it is too late now to remedy the grievance. All that can be done is to maintain the status quo. In such a case as the present one any innovation could cause more harm and derangement of order than benefit.”

After December 1949, when the idols of Shri Ram appeared in Babri structure, the courts permitted continuous puja by the Hindus. Courts declined the removal of idols and prohibited Muslims within 200 feet of the idols. In February 1986, it was on court orders that locks at Shri Ram

Janmabhoomi were removed, giving full access to Hindus to worship of Shri Ram lalla. During reign of three Prime Ministers – Shri V P Singh, Shri Chandrashekar, and Shri Narsimha Rao some attempts were made to resolve the issue. The most organised and well-documented effort was made during Shri Chandrashekar’s tenure as Prime Minister.

The novel, Lajja, describes atrocities against the Hindus in Bangladesh right from the time of independence. In 1986 in Kashmir, many Hindu temples were attacked and some destroyed, during early days of terrorism in the state.

On Shri Ram Janmabhoomi, Hindus have a legitimate claim on the temple site. Since the legitimacy has been established, it becomes incumbent not only for Hindus to explain their position, but also for the others to view it in the same perspective. It should also be stated that Hindus have made sincere efforts to resolve the issue through negotiations and these efforts were frustrated time and again.

Q: Is there any comparison between Shri Ram

In both cases, the temples were deliberately destroyed. Hindus demonstrated great attachment not only to the temples but also to the site and made every effort to peacefully recover them. The only difference one can find is that in Somnath, no religious place was built over the ruins of the vandalised temple. However, next to ruins of ancient Hindu place of worship, a small mosque was built within the temple precincts.

Q: Was the Babri structure used as a Muslim place of worship?

Records show that since mid-1930s, Muslims stopped offering namaz at the Shri Ram Janmabhoomi site. At the same time, Hindus worship at Ram Chabootar and Sita-ki-Rasoi that existed within the Babri structure compound. This has been going continuously going on from the late 16th century. Since December 1949, Hindus started to offer pujas to Ram Lalla (infant Shri Rama) within the structure. This worship at the spot continued with the full sanction of judiciary. In effect, it became a functioning temple. What is now sought to be done is to undertake a renovation programme (Jeernoddhar) to fully reflect the glory of Shri Ram. 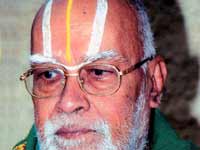