For ages, Bharat has offered a unique view of life because it is based on spirituality. Bharat believes that Truth can have various forms, names and paths to reach it. Though diverse, all these paths are equal. Bharat sees unity in diversity and has a capacity to establish unity amongst such expansive variety. It doesn’t see diversity as difference: This brand of spirituality teaches us that every soul is potentially divine and the same divinity pervades all things, animate or inanimate, and hence we all are connected with each other. To realise this connectedness, to expand its ambit and to work accordingly towards the betterment of the connected, is the basis of Dharma. Dharma, which is different from religion, is not exclusivist; it includes, connects and benefits all.

This view of life is the Hindu view and all those who live in Bharat, irrespective of their caste, region, religion or language, subscribe to this view of life. Hence, being Hindu or “Hindutva” has become the identity of all Bharatiyas. The founder of RSS, K B Hedgewar, made this Hindutva the tool to awaken the sense of unity among all Bharatiyas — connecting them with each other irrespective of their caste, region, religion and language. He started organising the entire society by binding them together with this thread of Hindutva.

However, those who, for their individual and political gains wanted to keep the society divided started opposing Hindutva and the Sangh by calling them communal, regressive, divisive and anti-minority: The opposition to and rejection of the seminal works of great souls and Hindutva proponents like Swami Vivekananda and Dayanand Saraswati was condemned by levelling these allegations.

But the activities of the Sangh, built on the foundation of Hindutva, kept expanding despite the ill-will directed at it. Then, the same ill-intentioned critics started saying that Hindutva is alright, but there is a demarcation between soft-Hindutva and hard-Hindutva. The Hindutva of someone like Swami Vivekananda is soft, but RSS practices hard Hindutva, which is condemnable. Books such as Why I Am Not a Hindu and then Why I Am a Hindu have been written by such naysayers, but irrespective of such attempts, acceptance of Hindutva has grown exponentially. This is because it’s the soul of Bharat and an expression of its consciousness: It cannot be countered by books that seek to compete with the epics.

Elements with vested interests started creating confusion by calling Hinduism a virtue and Hindutva an evil. A media house recently asked me, “What is the difference between ‘Hinduism’ and ‘Hindutva’?” I told them that it’s one and the same. One is in Hindi whereas the other is in English. S Radhakrishnan wrote a book in English, titled The Hindu View of Life and used the term “Hinduism”. Had he written it in Hindi, he would have used “Hindutva”. If Savarkar had written his book, Hindutva, in English, then he might have used the term Hinduism. That said, it is my personal belief that an apt translation of Hindutvaa should be “Hinduness” instead of “Hinduism”.

RSS sarsanghchalak Mohan Bhagwat has clearly enunciated the meanings of “Hindu” and “Hindutva” in his three-day lecture series at Vigyan Bhavan. But propagandists won’t refer to it because it does not suit their malafide intentions. The real ideological battle is between the two different ideas of Bharat. One is the Bharatiya concept with roots going back to age-old spiritual traditions of the nation, and the other is an alien or foreign conceptualisation.

A journalist-turned-politician recently stated that in this election, the choice to be made is between “Hindu India” and “Hindutva India”. The only reason people like him talk of Hindu India is because of the growing influence of “Hindutva”. It doesn’t reflect their conviction but convenience. Given that Bharat is coming together and uniting due to “Hindutva”, their casteist, communal and regional politics is weakening everyday and their support base is eroding. For their petty politics, it is imperative for them to divide society — if not in the name of caste, language or religion, then on the basis of Hindu and Hindutva. But today, the common Bharatiya is not foolish enough to fall into their trap. Their sense of entitlement has, thus, been challenged.

Another term which is being used to spread confusion is “Hinduvaadi” or Hinduist. There are capitalist, communist or socialist ideologies in the world, but in Bharat there is no place for any “-ism” like in the West. The “-ism”s in the west have a hegemonic tendency to impose their world-view on others, even by force. In Bharat, “Hindutva” (Hinduness) refers to people living and leading their personal, familial, social and professional life in the light of this spirituality based on a holistic view of life, called “Hindu”.

It is, therefore, imperative to expose the conspiracy to divide and confuse, and to establish the eternal philosophy of Hindutva, by dedicated action and practice. This will result in the unfolding of Bharat’s identity, known to the world since centuries, and Bharat’s purusharth will manifest in every sphere of social and national life. In his essay, Swadeshi Samaj, Rabindranath Tagore rightly says — “First of all, We will have to become what We actually are”.

(This article was first published in Indian Express print edition and samvada.org thanks IE team) 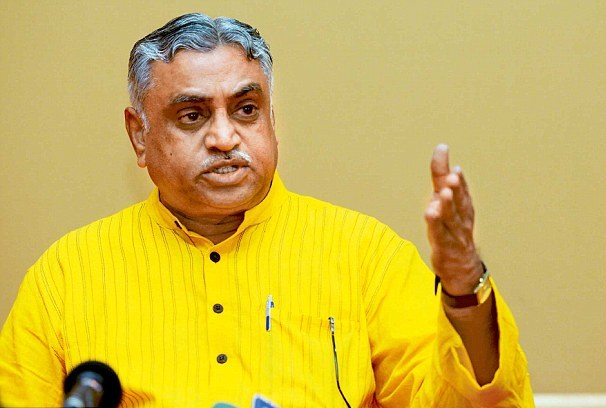 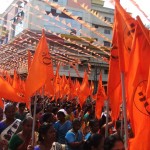 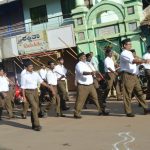 RSS : An organisation of the entire society and not just an organisation in the society: Sahsarkaryavah Dr. Manmohan Vaidya article on RSS and politics