Vishwa Samvada Kendra, Karnataka commemorated Narada Jayanti this year by presenting its annual awards for journalists at a event in Bengaluru today. This is the fourth year that VSK Karnataka is presenting these awards to journalists. The awards instituted in the names of Ti Ta Sharma known as the ‘Bheeshma pitamaha’ of Kannada Journalism and Be Su Na Malya known as one of the most sincere journalists of his times and former editor of Vikrama.

Be Su Na Mallya Award was presented to ace writer and editor of Aseema Kananda Shri Santosh Thammaiah and Ti Ta Sharma award to author, writer and educationist Shri. Rohit Chakrateerta. The awards were presented by the renowned writer, author and editor of ‘Mallara’ monthly Shri. Babu Krishnamurthy who was also the Chief guest at the event.

Shri. Babu Krishnamurthy spoke on the contribution of Shri. Mallya. He recalled how Mallya who was a bank employee was recognized by Sangh Pracharak Yadavarao Joshi and he quit his high paying job and dedicated his life to ‘Vikrama’ weekly. He also narrated the role of Vikrama during emergency, difficulties the magazine faced with lack of money and helping hands. Mallya had good relations with everyone and debated with even those who were ideologically opposite to him. People like Mallya and Sharma maintained good relations with everyone and they did it to spread nationalist thoughts despite opposition. Ti Ta Sharma had woken the government and alerted it through his writings. He is a role model to today’s journalists. The qualities of boldness, honesty, sincerity and loyalty among journalists in the pre-independence era are much needed today. However, today media has become corrupt but there is much hope with such young writers emerging. We should engage in sane debate and not shouting matches as it mostly happens these days, said Shri. Babu Krishnamurthy.

Recipient of Be Su Na Mallya Award in Journalism Shri. Santosh Thammaiah spoke on the way Kodava culture has shaped him and his thoughts. “The Kodava costume that I am wearing is symbolic of the torture my people faced under Islamists. I accept the award on behalf of all Sangh elders and my forefathers who shaped me and my thoughts. This award has made me to be more responsible in my role and has made me resolve to work more for the propagation of nationalistic thoughts.”, said Santosh Thammaiah.

Recipient of Ti Ta Sharma Award in Journalism Shri. Rohit Chakrateerta said this award is for all those who shaped his character and the knowledge he received from various quarters since childhood. “I thank my parents, friends, my school and teachers too who fed me with the right books to read and provided right information which helped me grow as a writer. Many editors of several newspapers who made me write are also my teachers. I write for the sake of readers and wish to continue the same. We should be truthful as writers and should not write lies even if it’s favorable to us. I am able to see far only because we are perched on the shoulders of great writers like Babu Krishnamurthy.”, said Rohit Chakrateerta. 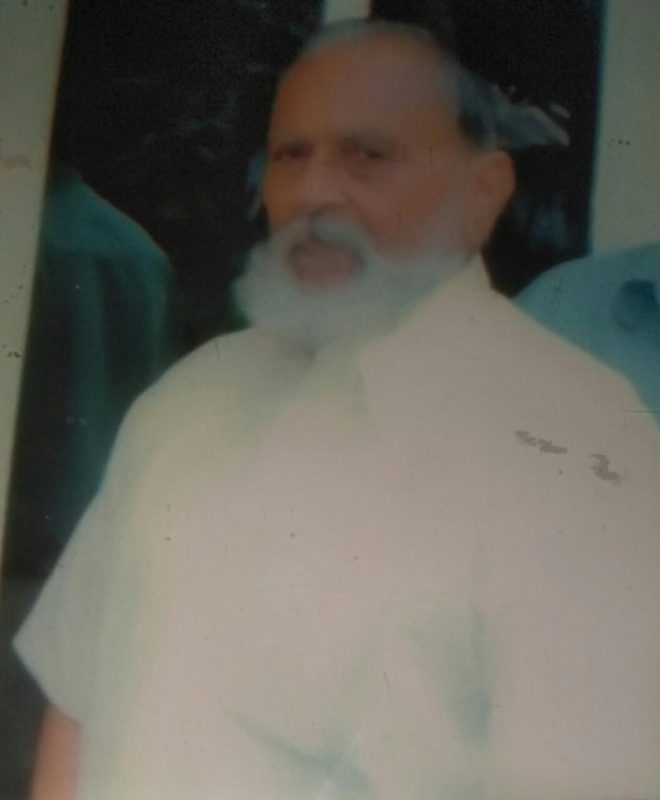