The panel unanimously thwarted corruption charges on the Rafale ‘deal.’

AVM Murali provided great indepth into the Rafale related development, including chronological order of events, cost factors and the baseless controversies, highlighting that there were no shortcuts and that there were no middlemen involved in the deal.

Sri Ashok Saxena spoke about the requirement of Rafale considering two front enemies India has been facing across her borders.

AVM SS Lahiri mentioned that each of the aircraft was evaluated on 600 parameters. He also defended GOIs decision from the perspective of defense offsets also. He further said IAF is committed to defend the country and the fact that IAF is in favour of Rafale deal speaks about the clear and clean intentions.

Shri Sujit Pant spoke about the SC judgement and how in detail the SC studied the developments. He spoke about how some of the useless airborne equipment were bought by the previous goverments at high prices when the country lacked well laid procurement process. Post Kargil war, Vajpayee government initiated DPP (Defence Procurement Policy).

S. Ravi categorically rejected the false claims of corruption and supported his argument with facts and figures. He also talked about the prices at which different countries paid for each Rafale aircraft: Qatar bought its Rafales at $292 million ppu, with an extensive training maintenance and weapons package, but without offsets or workshare. Egypt bought their Rafales for $246 million ppu and India paid $243 million, with a less extensive package than Qatar, but with 50% offsets and significant India-specific modifications. He threw numbers to show how Congress has been putting up claims of corruption based on blatant lies. S. Ravi said that SC concluded that the process of decision making, IOP is in order. SC said that there is no reason for it to intervene. He also said that the 50 percent offset would bring in more technology to India. 72 companies are identified by Dassault for discharging offset obligation and not just one company, as falsely claimed by the some in the media.

The seminar ended with interactive question answer session, with varying topics from how Dassault shall reduce the supply time by 5 months to the well accepted turn around time during war situations.

Audience acknowledged the speakers for defending Rafale deal with data and metrics.

Citizens for Democracy organised tribute at various places in Bengaluru.

Sat Feb 16 , 2019
16th Feb 2019,Bengaluru: Citizens for Democracy yet again today organised a tribute meet at various places in Bengaluru today. Hundreds of people gathered for a candle light march to pray for sadgati of the CRPF jawans who were martyred at Pulwama terror attack on 14 Feb.   Jnanabharati Nagar, Marathalli, […] 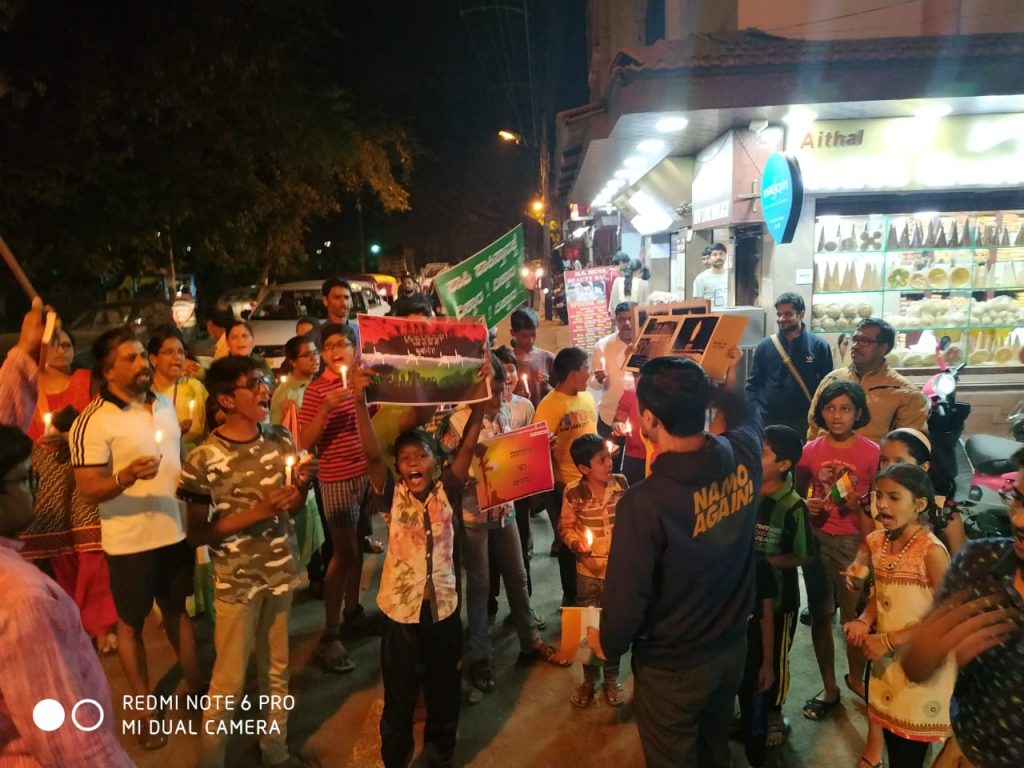