10Aug, 2019, Bengaluru: Development, Political empowerment,Dignity are basic needs of any state and the government can now comfortably concentrate on them in Jammu and Kashmir with Article 370 and Article 35A abbrogated said Sri Ram Madhav the National General Secretary of BJP. He was speaking in a talk organized by the Karnataka Chapter of Jammu and Kashmir Study Centre (JKSC) in Bengaluru today. It was a packed auditorium and power packed speech.

Undoing of draconian article 370 was Sardar Patel’s unfinished dream he said. While people say it took  one year for justice to be given to J&K he opined it should be stated as it took one Narendra Modi to abbrogate it instead of stating the other way round.

Speaking about the pre independence period, he said  in 1940s when Jinnah kept on proposing 2 nation theory to divide the country of Bharat, National conference’ Sheik Abdullah was hell bent on his 3 nation theory to try to bring in existence Kashmir as an independent country. Ram Madhav said the idea is now permanently demolished and it was something we all ought to be proud of.

He slammed in his address to those questioning how the abbrogation happened without consultation of public, he further said, that the decision was made in consultation and also was tabled in the Parliament unlike how it was implemented by Nehru at the first place. No parliament approval was taken for 40 odd amendments in the past on Article 370 and Article 35A and why would it be needed for abbrogation he questioned.

Gopalswamy Iyyengar a close confidante of Pandit Nehru, who enjoyed a role of PM under Maharaj Hari Singh during pre independence era had tabled Article 306 to implement Article 370, at Congress Working Committee and it was unequivocally condemned by its members including the then Home Minister Sardar Patel, but it was Nehru who pushed Sardar Patel to consider it as Nehru apparently had committed to Sheik Abdullah about it. Later by  convincing is members, it was included as a temporary and transient provision and Nehru on record had admitted so, and we had to live with it for 70 years. Similarly, the special circumstances of having Jammu and Kashmir as  Union territory now is temporary he said.

There was no industrial development and job creation in the state and the last industry was set up decades ago he said, Fiefdom of families in J&K would not allow Panchayat to have powers though the ritual called elections  was conducted. Post recent Panchayat elections 4000 sarpanchs are working and there is a great hope, of new leader emerging he said. Dignity of people was at stake, as people are not considered as state subjects, over a lakh families do not have ration cards lacking basic facilities with no powers to vote with no hospitals and Education too. Such dilapidated condition was the result of the draconian law he asserted. 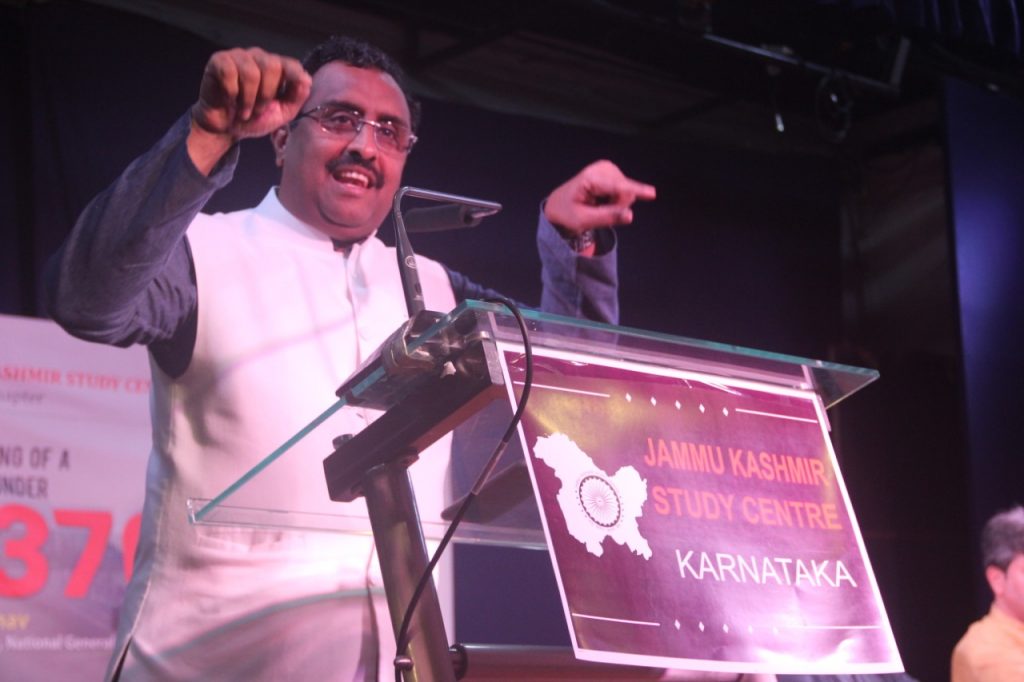 Good development will speak for itself till it reaches the last person in  J&K and the government is focused to get it done. Security and Dignity are two prime interests, for Kashmiri Pandits and the government is committed to work for the same. In J&K 150 state laws are repealed and 100 central laws gets implemented now with the scrapping of 370 Article he further said.

Earlier, National committee member of JKSC, Sri Dileep Kachroo introduced the audience on the activity of Jammu Kashmir Study Centre. He said It was a great achievement for everyone specially the Kashmiri Pandits. He also said that we had given a great long time for the terrorism and discrimination in the land of Kashmir and now it’s time we give time to PM Narendra Modi for the development.

Kashmiri Pandits who are the cultural ambassadors of the place were sadly thrown out of their land and it is now matter of pride for all of us that Pandits can return to their home land by abbrogation of Article 370. Terrorism and insurgency resulted in a big way after the exodus and is time to erase it off said Major Bhargava who is the President of Karnataka Chapter of JKSC. Kum. Sanskriti Kum venkatesh rendered the invocation. The event ended with the singing of the national anthem. 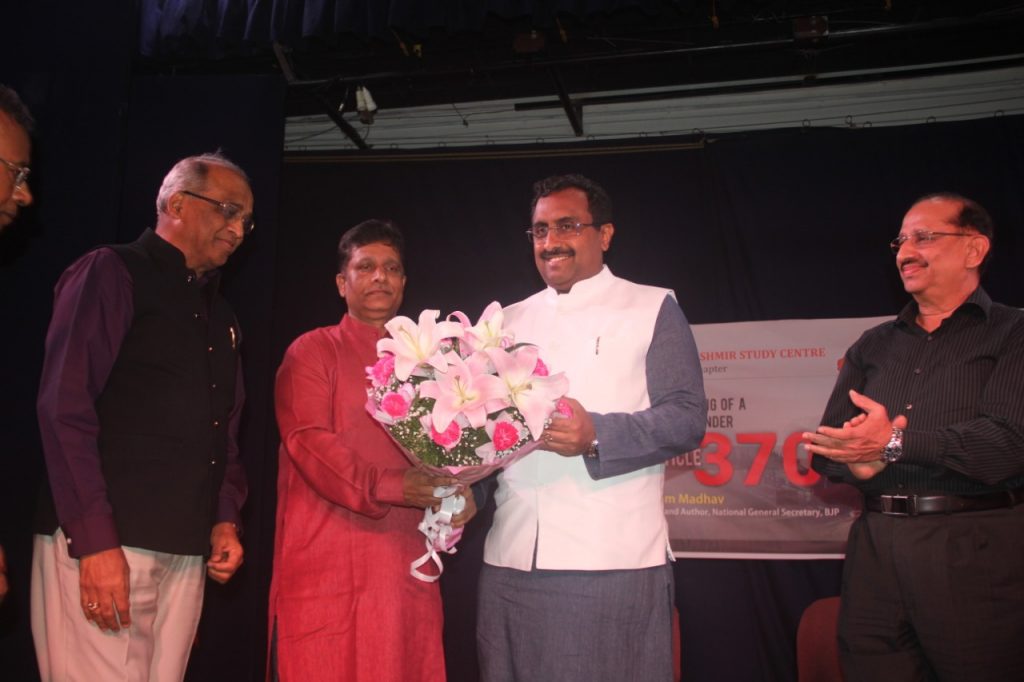 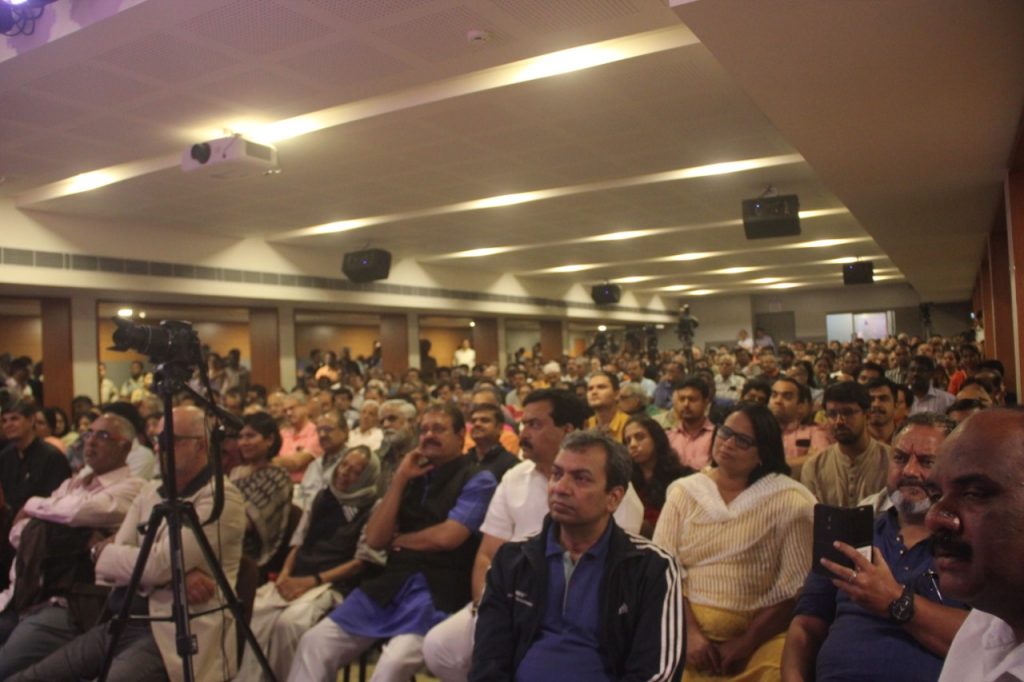 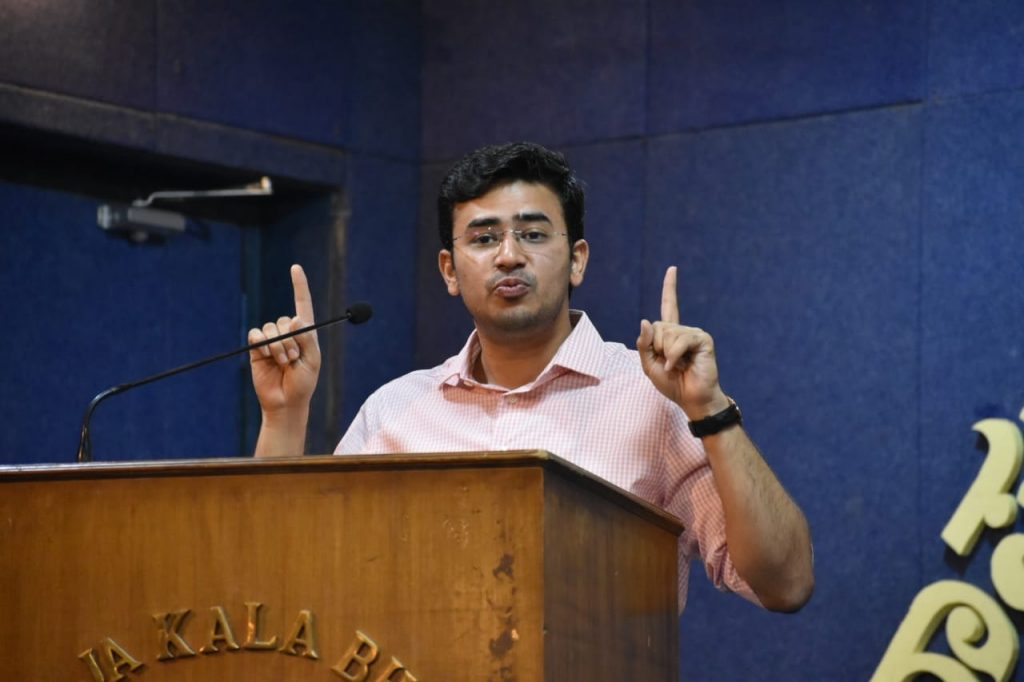