Bangalore, January 07, 2019 : Aimed to spread the message of ‘BE GOOD – DO GOOD’ on the occasion of the 155th  birth anniversary of Swami Vivekananda, an mega youth campaign VIVEK BAND-2018 has been organized by Samartha Bharata trust, an organization  promoting social volunteering among youth. The Campaign to begin on January 12, 2019 and to conclude on January 26, 2019.

The campaign starts with the wearing of a wrist band carrying the message ‘BE GOOD – DO GOOD’  on January 12th, 2019, to commemorate the 155th birthday of Swami Vivekananda, which is celebrated as National Youth Day, and lasts for 2 weeks till January 26th, 2019.

“Vivek Band Campaign  aims to reach more than 6 lakh youth and students and let the message serve as a reminder of the immense potential and opportunities that the youth have, to transform their lives and to pledge to build a strong, healthy society.

In the Press Conference; Tree Doctor Vijay Nishat endorsed the campaign on the theme of nurture a plant and Dr Radhakrishna of RV Enginering College, who donated blood for 67 times and still promoting blood donation among youth, endorsed Vivek Bands theme on Blood Donation. Singer and Youth activist Ohileshwari endorsed the campaign on its theme on Do Vote, to encourage participation of youth to vote on voting day.

The Vivek Band campaign expects the youth have to pass on the legacy of ‘BE GOOD – DO GOOD’ to more people by indulging in inspiring activities and becoming active role models. Vivek Bands will be available at few outlets across the state from 06 th of January 2018. Details  available on the website at www.samarthabharata.org  In order to make this message available to more youngsters, technology-based forums such as the Samartha Bharata website, social media, Whatsapp and SMS are being used for promoting the Vivek Band campaign. These forums will also be available to those who have chosen to wear the Vivek wrist band for sharing inspirational experiences. Many organisations, educational institutions, cultural associations, youth icons, scientists, sports stars, cine stars etc are endorsing the campaign.

The hearing of Ram Janmabhoomi Appeals has been adjourned – yet once again, Sri Alok Kumar's statement

Thu Jan 10 , 2019
The hearing of Ram Janmabhoomi Appeals has been adjourned – yet once again. Our apprehensions that the opposite party shall raise any frivolous issues to secure an adjournment have come true. The objection that a judicial order should have been passed for the constitution of a five judge bench is apparently frivolous; […] 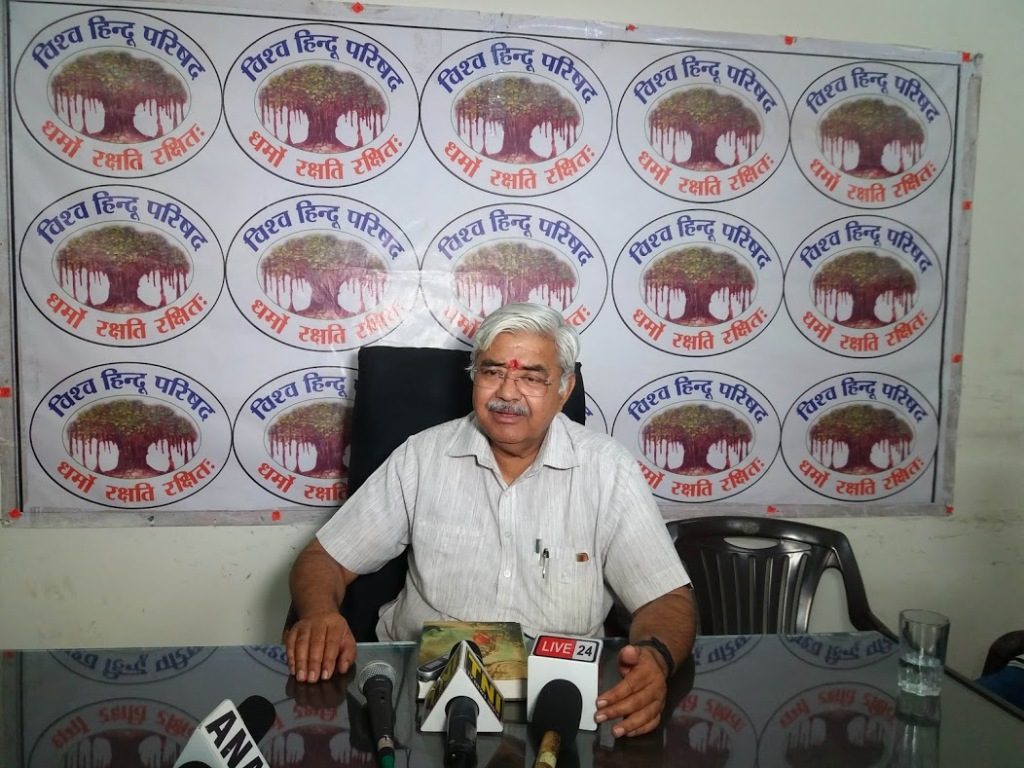