05 August 2019, Bengaluru:  Jammu Kashmir Study Centre (JKSC) Karnataka Chapter in its press release has welcomed the Union Government’s move to repeal Articles 370 and 35A of Constitution of India. In its release issued by its President, Major R D Bhargava has said, ‘The article 370 and 35A were discriminatory and  posing hurdle in the development of the state. The Government’s order in the division to carve out two new Union Territories: Jammu and Kashmir and Ladakh is warmly received.’ in the press release.

JKSC also compliments the Nation on the historic occasion of complete integration of Jammu and Kashmir and congratulates Government of India under leadership of Prime Minister Shri Narendra Modi on taking a firm step. JKSC said they are confident that Nation will reach further heights of glory under his leadership.

This historic development will further pave the smooth way of progress and prosperity of the region as well as the nation. JKSC will continue to play an active role and strive hard to replicate the splendor and glory Jammu and Kashmir was known for. At this momentous occasion in the Indian history, JKSC Karnataka pays tributes to all the noble souls who have lived and died in protecting the great state of Jammu Kashmir: Major R D Bhargava, President, JKSC

Jammu Kashmir Study Centre (JKSC) is an independent and objective think-tank dedicated to the study of Jammu Kashmir in its entirety. It was established in 2011 to undertake policy relevant studies on all aspects of this strategically important State of Bharat and to disseminate the outcome of the same in the right perspective in public domain. It currently has 15 branches, 25 activity centres and more than 50 affiliated institutes with 1,000 plus volunteers throughout Bharat and abroad. TheJKSC Karnataka has been conducting seminars, workshops, various academic and intellectual activities since its inception and involved in creating public awareness with respect to Jammu Kashmir.

Mon Aug 5 , 2019
Letter by a Kashmir Pandit residing in Bengaluru: Dileep Kachroo The unfinished agenda of 1947 has been completed today by our beloved great Prime Minister Modi ji and Home Minister Amit Shah ji. Thank You Modi ji & Amit Shah ji. It is a proud moment & undoubtedly a historical one. For […] 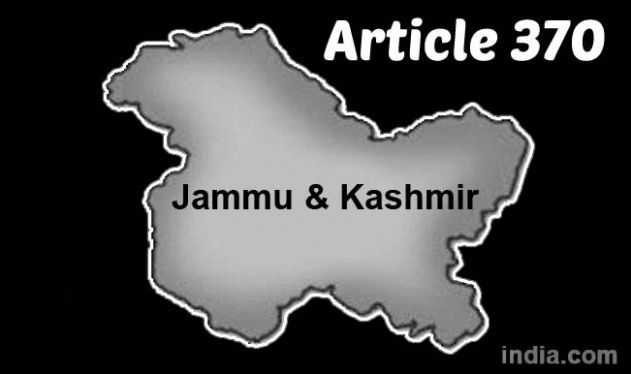