Skip to content
12 Jun 2019, Bengaluru: Vishwa Samvada Kendra (VSK), Karnataka observed Narada Jayanti on May 20 2019 and had released two videos in its official YouTube channel. In one of the video, an ace in the art Avadhana, Shatavadhani Dr. R Ganesh has delivered a talk on Narada.
Narada Jayanti is celebrated throughout India on vaishakha, krishna Dwiteeya (May 20th in 2019). In media circles, the day is celebrated as Patrakar Divas. Narada Mahamuni is considered as the pioneer journalist who interacted with dwellers of the three lokas viz. Deva, Danava, Manava without displaying any biases and ever spreading the message of Dharma and Devotion.
On the occassion of Narada Jayanthi, VSK, Karnataka annually announces Narada Puraskar to two journalists in the memory of Late Ti Ta Sharma, who was considered as pioneer of Journalism in Karnataka and Late B S N Malya who was long serving editor of the oldest nationalist Kannada magazine, ‘Vikrama’ started in Independent Bharat.  The event of awarding Narada puraskar is organized on the anniversary of declaration of emergency in India as a reminder to preserve democratic values and freedom of press.
Narada puraskar event of 2019 is the 4th consecutive year of felicitations and is being given to two dynamic journalists who are contributing to shapeup the public opinion for strengthening the pluralistic society of India.  Read about the events in the past here

Sri Rohith Chakratirtha hails from Udupi and has an MSc degree in Mathematics. Rohith is a regular columnist with Vishwavani, Udayavani, Samyukta Karnataka dailies, Vikrama, Karmaveera weeklies. His articles also appear regularly in other Kannada Dailies Kannada Prabha, Hosa Diganta, Janamadhyama etc. He has been writing on a myriad of topics including nationalist interest, politics, science, mathematics, literature. Rohith has a huge fan following on social media and has 20 books to his credit at this young age.
Sri Santosh Thammaiah hails from Kodagu district and has an MA degree from Mangaluru University. He joined Aseema Kannada a Nationalist Monthly as a Sub editor in 2003 and since 2008 is the chief editor of Aseema. He also been penning columns for Hosa Digantha and other newspapers on topics of nationalist interest, politics and has a huge fan following. Santhosh has 4 books to his credit.
The Felicitations will be held on 23rd of June at Keshav Shilpa Auditorium, Kempegowdanagar, Near Uma Talkies, Bengaluru. Renowned journalist and writer, Babu Krishnamurthy will felicitate the journalists
VSK, Karnataka requests you all to be part of this event. 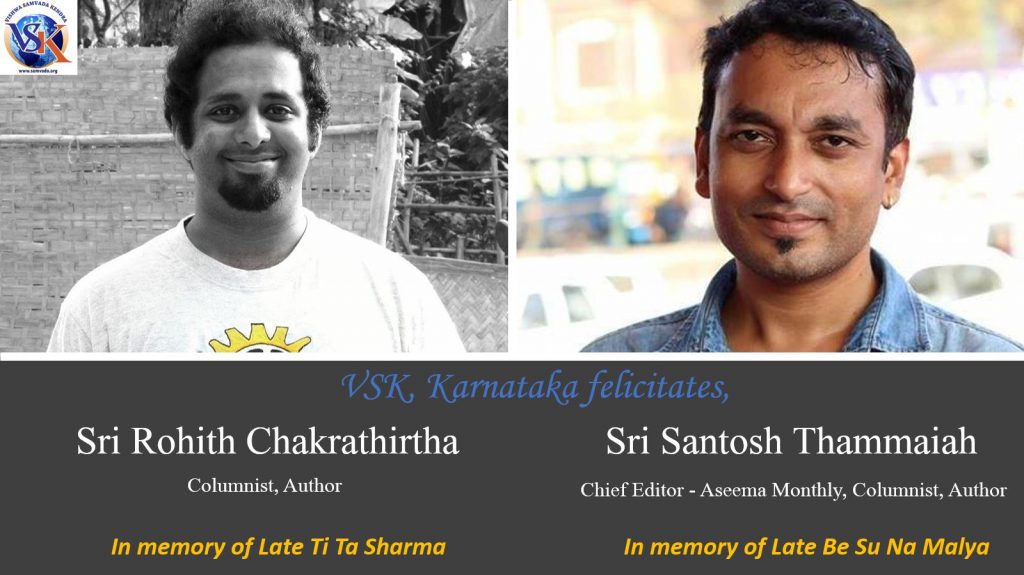 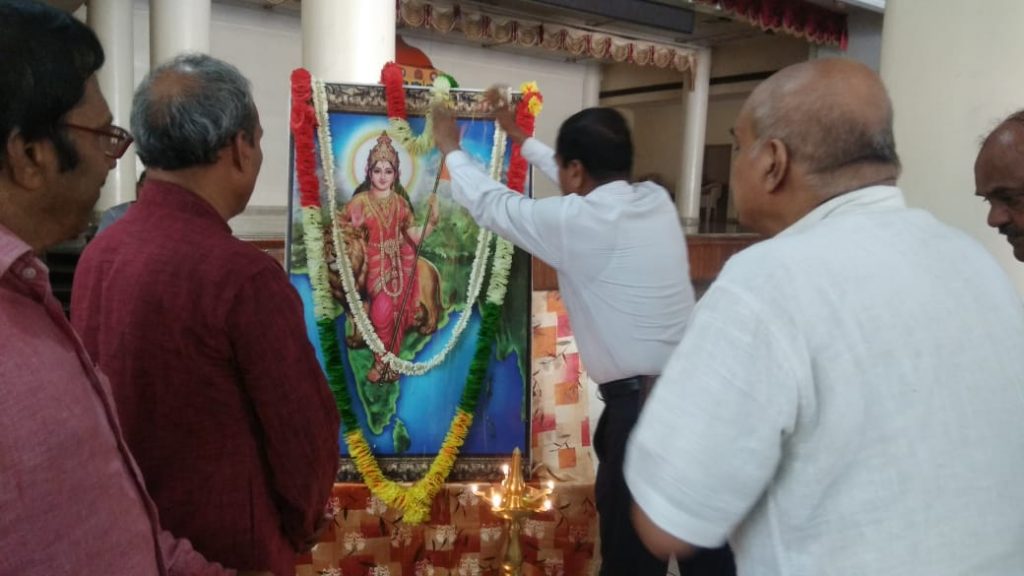