Bengaluru June 3, 2019: Samartha Bharata, is a Karnataka state level NGO promoting social voluntarism among Youth. Samartha Bharata is organising THIRD PHASE of state-wide mega campaign on planting 1 CRORE SAPLINGS from June 5 to August 15, 2019 across the state. This major campaign of ecological conservation is supported by more than 600 reputed socially active NGOs of the state.

Need for the Campaign: Today’s major social concern is on global ecological and environmental issues which are affecting the living forms including mankind as a part of this Biosphere. Increasing Global warming, scarcity of available fresh water, heavy seasonal variations, imbalanced annual rain fall which results in drought in many areas, decreasing green cover (forest area) due to anthropocentric activities such as urbanisation, habitat fragmentation etc. Rivers which are the sources of fresh water for livelihood of millions of people and animals, are now dried up. Once a fertile land, now is suffering a slow and steady desertification. Several international summits seriously discussed all these issues in a broader scale.

About the Campaign:
• Duration: From June 5th to August 15, 2019 (World Environment Day to Independence Day).
• Places: At the level of all Taluks of state. Planting will be done at appropriate places, suitable public bare places or open fields and also at private lands, with prior consent with respective persons and institutions.
• Selection of Plants: Plants which ecologically plays a significant role are selected for the sapling plantaion campaign. The species will vary from place to place based on local geography. As per suggestions by experts, few plants such as Acacia, Eucalyptus etc are excluded from this campaign.
• 3 Categories: Campaign will have 3 types for planting drive:
1. Direct planting of Sapling.
2. Direct use of Seeds for germination -Seedling (ಬೀಜ ಬಿತ್ತನೆ) .
3. Throwing Seed Balls at suitable bare areas.
• Public Participation: From students to Techies, from street vendors to software professionals, Movie Personalities to Journalists, many are part of this major campaign of 1 crore sapling planting drive. Campaign is supported by several Schools, Colleges, NGOs, Corporate companies, local youth organisations, Temple trusts, Ecological forums and also thousands of volunteers at individual scale. Forest department of both Central and State Government assured their full support for our campaign by providing saplings at district/zonal level. Ministry of Raliways also assured the support by providing the place for planting on either sides of Railway tract at specific areas in the state.
• Seed Ball Preparation workshops and camps is underway at many parts of the state in collaboration with likeminded NGOs.
• #SelfiewithPlant : Social Media platforms were effectively used for this campaign with Infographics and videos promoting the spirit of ecological conservation. “Selfie with Plant” is such a concept; any volunteer can upload his/her photo in Twitter or Facebook with a hashtag #SamarthaBharata.

3.Identifying the Location for plantation. 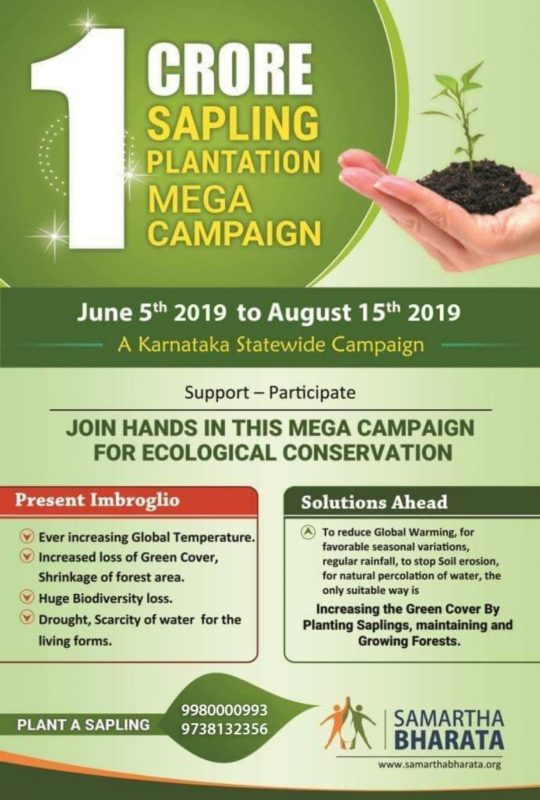 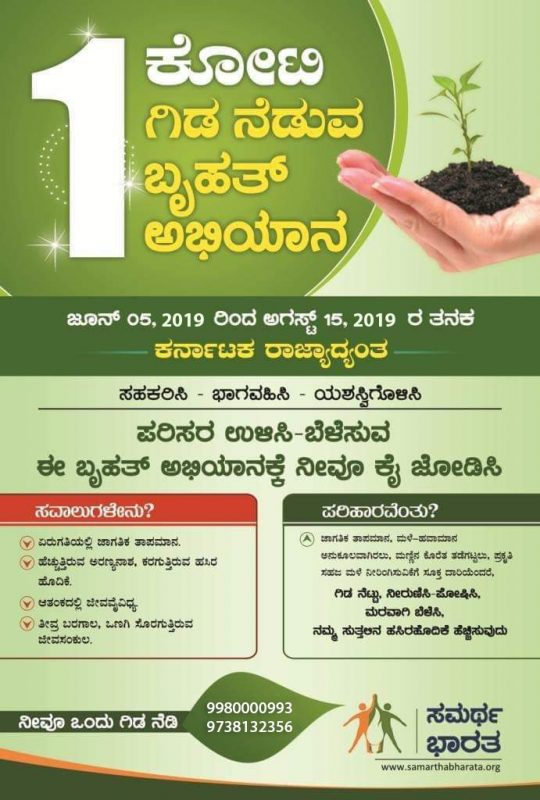 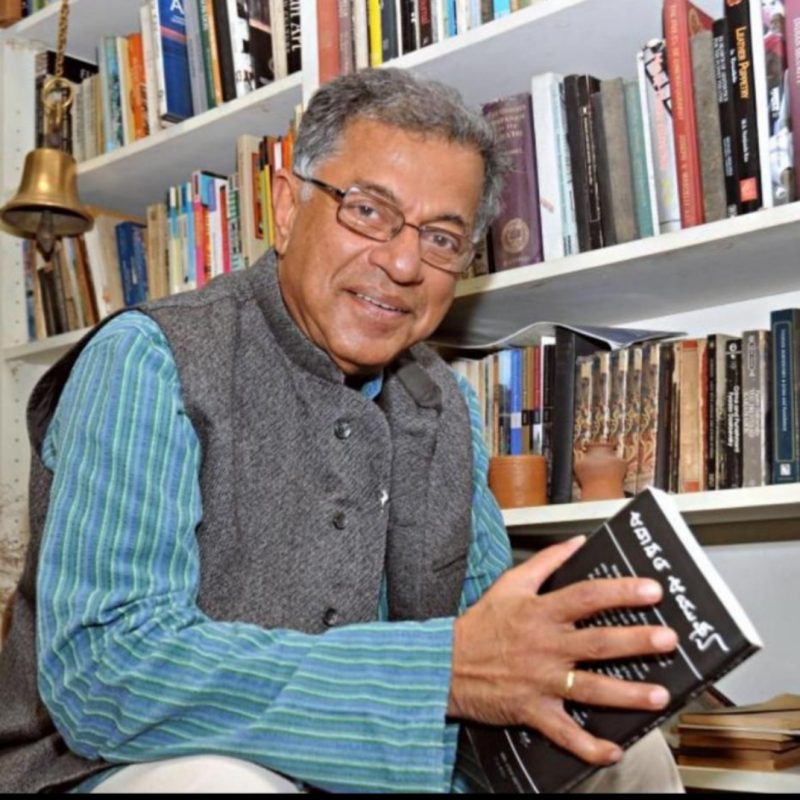