Skip to content
The Sah Sarkaryawah of RSS, Dr. Manmohan Vaidya said that the Sangh works with the participation and support of society. “We would be increasing our efforts to ensure that in the coming days, every Swayamsevak would become active for the purpose of Social transformation. We would create awareness among each and every Swayamsevak and provide them with training to ensure that Social transformation happens based on Bharatiya Values and Culture,” he said.
Dr. Vaidya was having an interaction with mediapersons on the last day of the RSS Prant Pracharak meet held at Vijayawada. He said that Swayamsevaks are currently working for rural development. As a result of their continuous developmental activities, 300 villages across Bharat have so far been transformed and developmental activities are underfoot in a 1000 more villages. Swayamsevaks are working on Organic farming and Cow Promotion, establishing good faith and harmony in society and family awakening programs among others.
He said that during the Lok sabha elections, SarSanghchalak had sought 100% voting. The Swayamsevaks were also involved in the task of spreading public awareness to increase the voting percentage and encourage people to vote on issues of national interest. The Swayamsevaks did door-to-door contact and held indoor small meetings. Out of 5.5 lakh villages across India, they reached around 4.5 lakh villages. As per the Sangh’s structure , there are 56 thousand Mandals. Swayamsevaks reached out to 50 thousand Mandals out of them. In the public awareness programmes, around 11 lakh Swayamsevaks and society at large had participated. Among the participants, there were 1 lakh women too.
He said that the acceptance and support to Sangh is increasing day by day. People are getting eager to know more about Sangh and be a part of it. Every year, more than 1 lakh people are participating in the 7 day Prathmik Shikshan (Preliminary education) training. Even on the website, there is an increase in the requests to enlist through the ‘Join RSS’ feature. In 2014, in the first six months from January to June, 39760 requests were received, In 2016, during this same period 47200 requests were received, In 2018, 56892 and in 2019, 66835 people expressed their willingness in being a part of the Sangh. The majority among them are aged below 40 years.
Sangh has started new activities in the field of environment conservation too. And for this purpose, the Swayamsevaks are being provided with training using different media in the Sangh training camps. Swayamsevaks have been educated about saving water by making minimal use of water for various activities like bathing etc and also about water conservation through various mediums.
Sah Sarkaryawah Dr. Manmohan Vaidya said that national thought is being conveyed to 175000 villages through Jagaran ( awareness ) magazines. This year there were 12432 participants in the Pratham Varsh Sangh Shiksha camp, and a total of 17500 participants took part in different Sangh Shiksha Camps organized at around 80 places across India.
He said that in this meeting the Prant Pracharaks, Kshetra Pracharaks, Akhil Bhartiya office bearers of Sangh and organising secretaries of different organizations are present. Pranct pracharak meet is not a meeting where decisions are made. The meetings where decisions are taken place are the Karyakari Mandal and Pratinidhi Sabha. Andhra Pradesh’s Prant Sanghchalak Sri Srinivas Raju and Akhil Bhartiya Prachar pramukh Sri Arun Kumar were also present in this interaction with media. 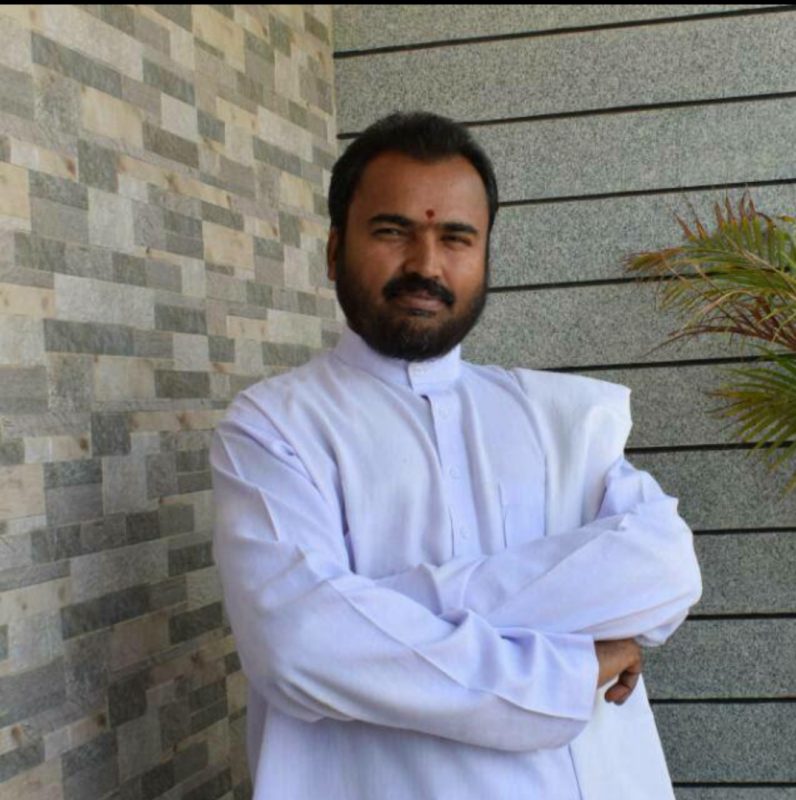