22 Feb 2019, Bengaluru: In an unfortunate incident earlier this week, two advanced jets associated with the Suryakiran aerobatic team crashed mid-air while rehearsing for the Aero India 2019. The hawks crashed near Yelahanka Air Force Station during rehearsal and two pilots managed to eject out while one passed away. We lost Wing Commander Sahil Gandhi. Although Wing Commander Vijay Shalke and Squadron Leader Tejeshwar Singh escaped from the clutches of death they landed on the ground with severe injuries.

Uday Kumar an RSS Swayamsevak from Yelahanka runs a gaushala for Desi cows and is a farmer who grows organically was at his home near ISRO layout, Yelahanka when the disastrous incident occurred. It was next to his house where both the pilots Vijay Shalke and Tejeshwar Singh landed. At mere 20 ft from where the pilot landed was the jet which had fuel in it and the cylinders blasted almost every now and then. Uday gathered a few of his friends to help the pilots. The bursting of cylinders and the jet going ablaze did not dither Uday. He had the courage and the presence of mind to extend help to the pilot who was fallen in the agricultural land. While on this mission he also noticed that there was another pilot who was lying on the tar road who was hurt more than the one who fell on the agricultural land. 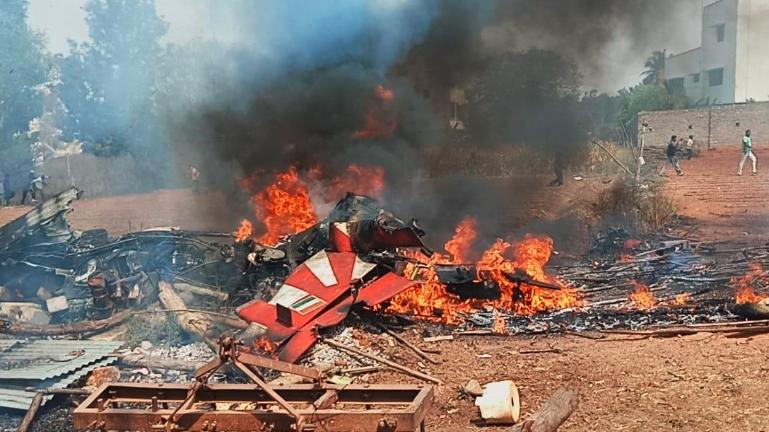 Uday alerted few more civilians around to extend help to the pilot who was on the road which was blocked from the agricultural land by barbed wires. To a question what Uday exactly did, he responds humbly and says they did nothing but help pilot remove his shoes, belt and other accessories and make him a little comfortable post catastrophic incident. Uday and his friends also asked if the pilots needed water and recollects that the fear in the faces of, he and his friends was not in the face of the pilot. Uday remembers the pilot remained calm, composed and may be a little worried on how things happened. While Uday was about to have the first aid help assured to the pilots, the ambulance from the Air Force arrived on spot and admitted them to the Command Hospital.

The act of Uday and his friends is commendable for the fact that many would run away from the scene which involved fire, blasts and life threatening. What gripped Uday he believes is soldiers who protect this country need to be respected and if such an act would do so, he feels exalted.

Uday was asked by friends, family, media if he had some videos of the incident as he was the first of all people who gathered there, for which Uday answered in negation and said he never felt the need for a footage where the dire need was to extend the support and not to gain false publicity and he attributes this to the learnings from Shakha.

Uday has received a letter of appreciation from Rajya Sabha MP representing Karnataka Sri Rajeev Chandrashekhar. Rajeev has commended the attitude of Uday and his friends towards extending their support physically, morally dedicating life and upholding the values of Bharatiyata. Sri Rajeev has wished Uday that his dignity ‘Touch the Sky with Glory’ as of the Indian Air Force’ slogan which goes ‘Nabha Sparsham Deeptam’ 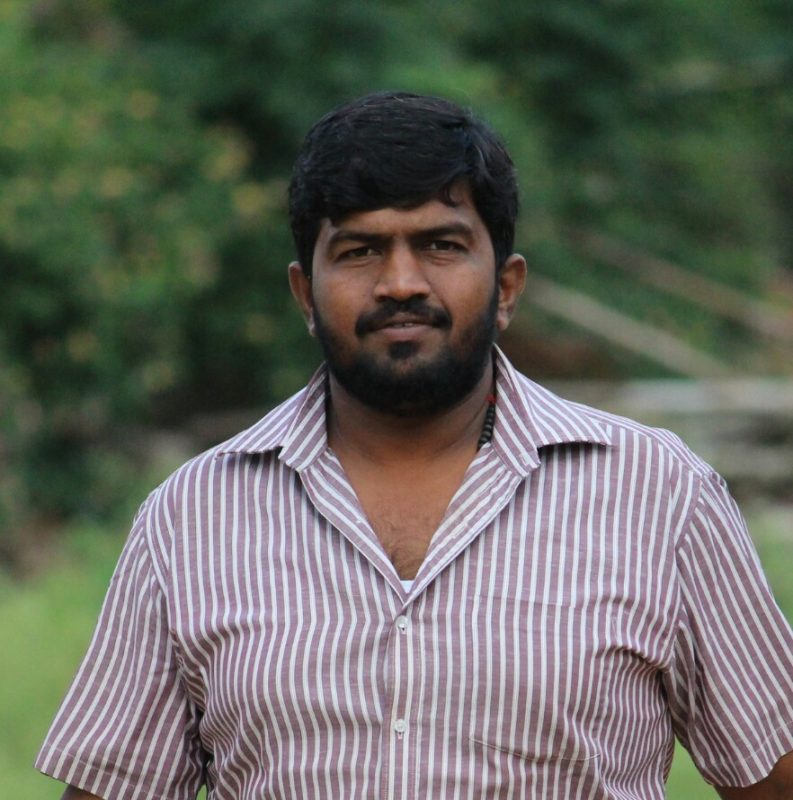 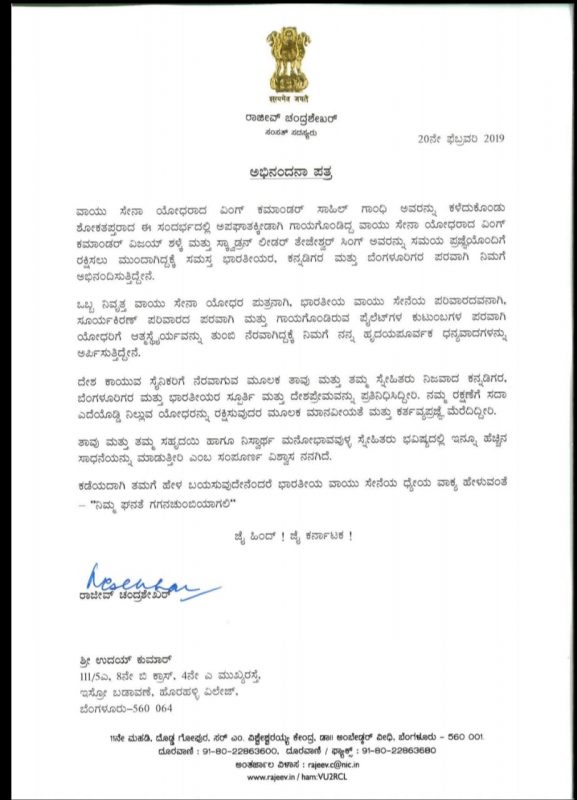