Skip to content
VSK Karnataka Congratulates the winners of President’s Certificate of Honour and Maharshi Badrayan Vyas Samman Award.
Presidential Award of Certificate of Honour was introduced in the year 1958 to honour the scholors of Sanskrit, Arabic and Persian languages. It was extended to cover Pali/Prakrit, Classical Odiya, Classical Kannada, Classical Telugu, Classical Tamil and Classical Malayalam. This award is conferred in recognition of the outstanding contribution of various scholars of eminence over 60 years of age.
Dr. Janardhan Hegde of Samskrita Bharati and Editor of Sambhashana Sandeshah has been selected for the prestigious Presidential Award for his contributions to the language of Samskrit. Dr. Ham Pa Nagarajaiah, has been selected for the Presidential Award of Certificate of Honour for Classical Kannada.
Dr. G B Harisha, Sri S Karthik and Dr. M Byrappa have been selected for the Maharshi Badrayan Vyas Samman Award.

Fri Aug 16 , 2019
August 16, 2019, Bengaluru: On the auspicious occasion of Hindu festival “Raksha Bandhan”, Rashtra Sevika Samiti sevikas of Durga shakha in Bengaluru took the opportunity of visiting Rashtriya Army Police Training Center at Bengaluru and tied Rakhi to 200 soldiers as gesture of gratitude for their service to the nation. […] 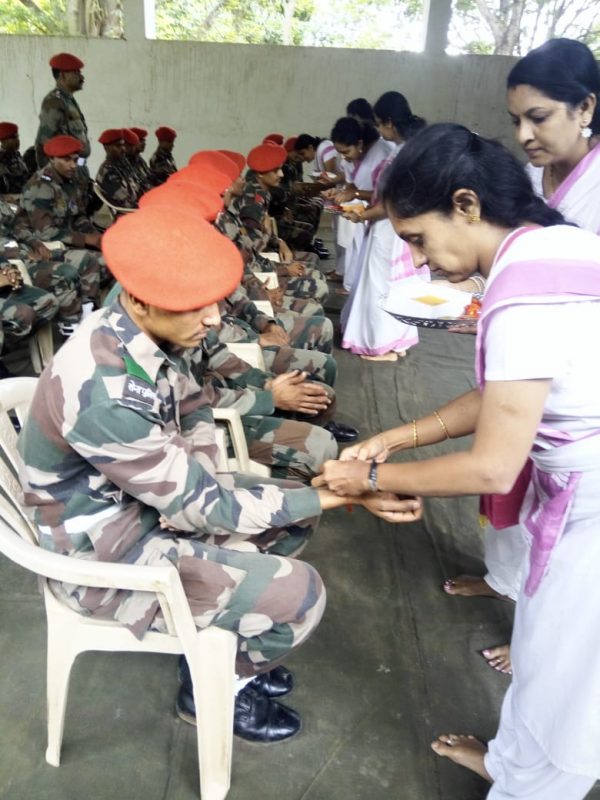