It is established beyond doubt that the separatist element in Jammu and Kashmir not concerned with the wellbeing of the state or its people. The separatist vision, being centric to a small geographic portion of the state and only one community of its people, is parochial and self-serving. It is divorced from the Geo-political, social and ethnic realities that the state has to contend with for its stability and progress.  In pursuance of their disruptive policies, the separatist have a miniscule following, if at all. What keeps them going is the unlimited access to funds coming from various foreign inimical sources. It is these funds, not popular support, that provide fuel to their machinations.

The so-called ‘special’ laws of J&K have been the biggest road block in the development of the state. Most areas of Jammu, Ladakh and even Kashmir are underdeveloped even from the perspective of the tourism industry, even though tourism is still the main industry that powers the state’s economy. Multi-national companies have opened their offices across the country, but not in J&K. The restrictive laws have been a deterrent to business investment in the state. As a result the youth are deprived of adequate employment opportunities. The decision if central government dated August 5th 2019 is major shift guiding future of J&K. This put the wheel of progress of J&K in right direction. New domicile policy recently notified for J&K is one such progressive step.

What is Domicile Rule for J&K?

Requirement of Documents for Granting Domicile of UT:

Permanent Residents of the erstwhile State of J&K in whose favour Permanent Resident Certificate (PRC) has been issued by the competent authority before 31.10.2019 shall be eligible for receiving their Domicile Certificates on the basis of PRCs alone and no other additional document shall be required for such residents.

Kashmiri migrants can get the Domicile certificate on production of either a PRC or Certificate of registration of migrant:

Further there may be bonafide migrants and bonafide displaced persons who have migrated but have not registered with the relief department. In order to facilitate such persons, the Relief Department shall be making a special limited provision to apply before the Relief & Rehabilitation Commissioner (Migrant), for registration for the purpose of issuance of a domicile certificate only, with any one of the many documents such as:

4) Proof of registration in other states/UTs as a migrant or a displaced person or any other documentation which would have made him/her eligible for grant of PRC before 06-08-2019.

It is in common parlance that erstwhile State of Jammu Kashmir has been bifurcated into two Union Territories with coming up of J&K Reorganization act 2019 into force on 31st October, 2019. Since then, continuous developments are taking place in this region, whether it is a field of law and order, security, public welfare or Socio – economic development.

Central government seems to be making each possible effort to reach the door step of individuals at grass root level in J&K and provide them the advantage of developmental programmes and schemes like “back to village programme” or “strong anti-corruption measures”. This has restored the faith of common man in governance by authorities.

A simple and easily available set of documents such as Ration Card, Immovable Property record, verified Education certificates, Electricity Bills or verified Labour Card/Employer Certificate, have been prescribed for obtaining the Domicile Certificate.

The Government has also constituted a Committee to accelerate recruitment to government vacancies and to ensure transparency, inclusiveness and speed and that the committee has been asked to identify the vacancies for being filled up on immediate basis with priority to Class IV vacancies. The Committee will also ensure that necessary sanctions are obtained, rules are notified and any hitches in the recruitment process are removed.

The appellate Authorities will also have revision powers. They can, either suo moto or on through an application made, call for records, check the legality of any proceedings and pass appropriate orders in reference. The rules have a provision that applications for grant of Domicile Certificate can be submitted either physically or electronically online. The Competent Authority can also issue domicile certificate(s) electronically.

Since in the last 70 years, the State has been besieged by corruption, nepotism and terrorism. Therefore, in order to ensure meaningful sharing of fruits of economic, social and political justice amongst the Residents Citizens of J & K the financial assistance provided by the Central Government and to eradicate the menace of corruption and mal-administration prevalent in the State, the state needs to be constantly monitored for establishment of the ethos of the Constitution. Thus, the division of State and conversion of the State into 2 U.Ts. Appears to be a viable and administratively sound proposition. All important aspect of public administration needs to be monitored centrally for a period of at-least 2-3 years. Thus the Bill and the Re-organization Act 2019.

Believing in the carefully constructed illusion of ‘enjoying’ some ‘special status’ and ‘special rights’, the people of Jammu and Kashmir have suffered for seven long decades at the hands of corrupt and anti-national forces. The reference to ‘anti-national’ here does not relate to the notion of patriotism but to those forces that blocked the 360° wellbeing of the state of Jammu and Kashmir, and hence impacted India as a nation.

It is an effort to bring out the factual and legal information which gives answer to all above States question. Legal and Policy based documents are available, which helps to answer all the question. The objective is to look at things with the prism of legal documents and process not of personalities likes and dislikes.

Fri Jul 10 , 2020
10 Jul 2020, Bengaluru. There has been a positive news running for a while now that Bharat’s ancient medicine of Ayurveda practice could help cure Corona Covid19. The doctors of the Ayurveda stream in the Government hospitals have also entered into the stream of research. Apparently, there is a huge […] 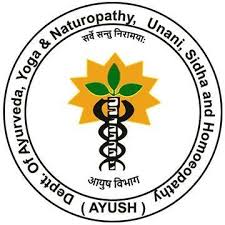