Rashtriya Swayamsevak Sangh’s (RSS) Sarsanghachalak, Dr. Mohan Bhagwat, condoled the sad demise of former President of India, Dr. Pranab Mukherjee. In his video message he has said that the death has caused immense loss to many karyakartas including him.

‘I had met Pranab da twice when he was the Hon. President of India and 3-4 times after his tenure as President too. His warm, generous demeanor and simplicity during our first meet, made me forget that I was talking to the President of India, and it felt as if I was speaking to a senior member of the household’ Dr. Mohan Bhagwat has said.

When Pranab da had visited the RSS’ Sangha Shiksha varga, there was an introductory meeting held, with 10-12 other guests present. Just as the organizers were about to commence the introduction, Pranab da stood up and said, ”Look, we are all here for an introduction. I will start with myself…I am Pranab Mukherjee, former President of India”, he added, and sat down after his brief introduction.
This was an unimaginable event, for all those present. All of them were stunned, as well impressed with Pranab da’s simplicity and his nature of mingling with everyone said Sarsanghachalak remembering the former President.

He is a great and an experienced intellectual, with maturity and simplicity, with a personality that enables him to mingle with everyone. Pranab da had knowledge about various fields, and his experience in life also enabled him to have great wisdom to be able to use his knowledge effectively, in accordance with the situation. This is why, he was a senior mentor to many of us he said.

Anyone who spent time with Pranab da, and listened to him, was left yearning for more. We could realize how our personality was constantly getting enriched, on associating with him”.

“Amidst a long-standing political tenure, Pranab da lead a successful life of a skilled statesman. Despite knowing all kinds of tactics and deceptions, he went beyond such political tactics, and strongly believed everyone as his people, despite the political differences, for the upliftment of our nation,” said Dr. Bhagwat.

“We have lost a great scholar, a dedicated patriot and a wise elder who would guide us in our social and personal lives. Despite having been in many people’s lives just for a short period, including mine, Pranab da‘s memory shall always be immortal. The feeling that he should have stayed with us longer, will never abate. We are powerless against destiny. We all participate with his family, in the mourning of Pranab da, with solidarity. We pray for the sadgati of the soul”, concluded Sarsanghachalak Dr. Mohan Bhagwat.

Wed Sep 2 , 2020
The recent D J Halli, K G Halli violence shook the peaceful city of Bengaluru. The gathering of thousands of Muslims and cry of Allah hu Akbar had resulted in a war like situation on Aug11. The goons had set afire the houses, police station and public property. Alleged inciting […] 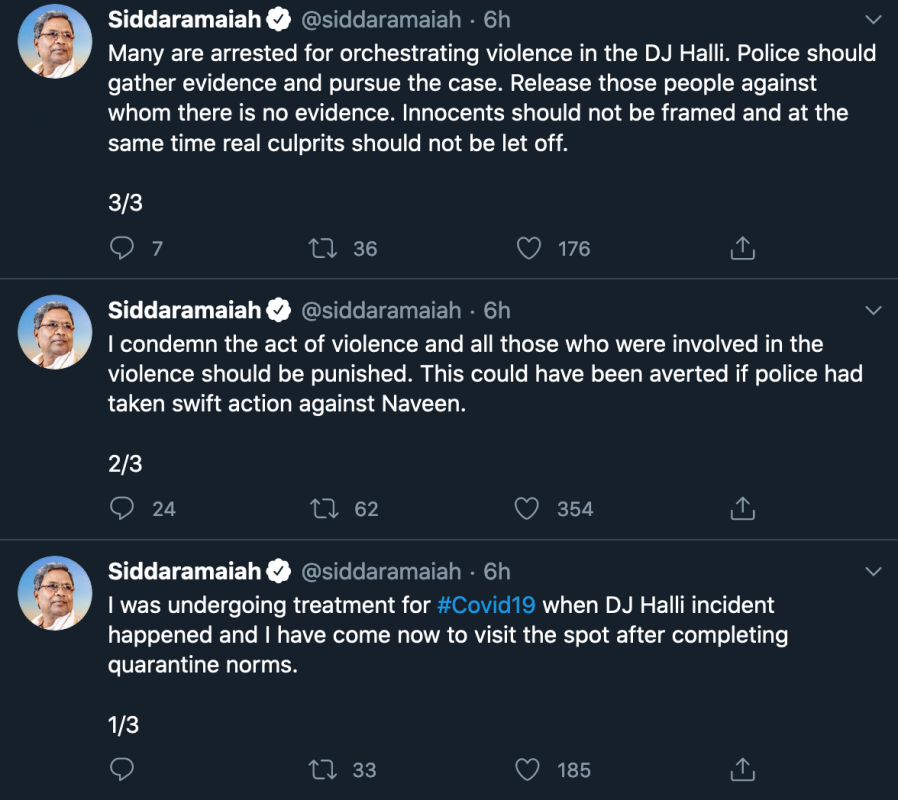