Sri Ravi Kumar Iyer who is a member of All India Sampark Vibhag of RSS spoke on Day 13 of Disha Bharat’s lecture series organised for 74th Indian Independence Day.

Speaking on Facebook live event Sri Ravi Kumar said that the present global scenario is so conducive for Bharat that all countries are seeking and reaching out to Bharat. He elucidated examples of Yemen’s Sana which was being bombed and the countries like USA, France who had their citizens stranded, were air lifted from Sana with the leadership of Prime Minister Narendra Modi and the Minister of External Affairs he said. Thousands from various countries were evacuated and Gen V K Singh stood behind the whole effort he lauded. This leadership has put Bharat as a country ready to help globally he added.

Sri Ravi Kumar also reminded the military stand off in Doklam and said China pulling back their troops was a diplomatic victory Bharat had won. He added stating South East Asian countries like Phillipines, Singapore welcoming such a victory for not only the benefit of Bharat but for the world. If Bharat stood strong we feel protected  was the narrative of such countries he opined. The trust levels towards Bharat were high among countries and the same is phenomenally increasing he opined.

Speaking on the technology, he lauded the indigenous organisations like DRDO, ISRO who have been performing at the best and the world is looking out for their help. He recollected the capacity of ISRO’s satellite mission recently, where 104 satellites were put into orbit and most of the satellites were from other countries. The technology, cost have favoured Bharat he said. Also the Chandrayan, Mangalyan mission have been successful and the organisations are to be credited fully he said.

Globally, Bharat’s cultural influence has made an impact Ravi Kumar said. It could be on the number of political leaders at the helm of affairs in various countries. He remembered during the Corona Pandemic and lockdown, Britain’s PM Boris Johnson and Prince Charles affected with Covid19, Priti Patel, Rishi Sunak lead the country. Leaders like Tulsi Gabbard who are deep rooted with Bharat and its tradition, Ravi Kumar said that Bharat and Bharatiyas will rule the world and rule was not with domination but by the thoughts of ancient Bharat. Anand Sadananda of the New Zealand, Antonio Costa of Portugal have been leading their countries but are from Indian origin he said. Bhagawadgita, Sri Rama and the cultural symbols of Bharat have had a great influence on many residing outside of Bharat he concluded.

Fri Aug 14 , 2020
Mahatma Gandhi – Attempting an objective and multi-dimensional perspective Article by Dr. Ragotham Sundararajan Mahatma Gandhi, who played a stellar role in the freedom struggle of India, was a man of many parts.  He was influenced by many individuals and ideas, which include Tolstoy, Bhagawat Gita, Bible, Emerson, Henry David […] 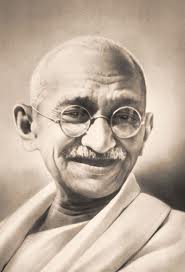