India was not born on the day of Aug 15 1947, but as a nation state(Rashtra) she attained political freedom on that day. We have been a lively Rashtra and civilization with rich culture and heritage for a long time now. Shukla Yajur Veda had the Vaidika Rashtra geetha – “aa brahman brahmano...”  The vaidika rashtra geetha yearned for a king who would be heroic, skilled, filled with good character, practicing values, a mighty warrior, and wished for the welfare of his people, the MP said in his speech. Tejasvi also recited the hymn from the Vedas. He added stating the concept of nation state(which we called earlier as Rashtra) was never new to us but some educationists attributed the concept’s birth to French revolution.

MP Tejasvi Surya speaking about Bharat as a civilization invoked Will Durant’s Story of Civilization where he had called India as the motherland of our race and Sanskrit the mother of Europe’s languages. While there are plenty of civilizations which have been erased in the political map of the world, Bharat continues in the line of guiding and showing the path of knowledge. The Independence day we celebrate ought to be the day to remember this inherent strength of Bharat which has sustained the onslaughts of enemies, time and again but has not given up. Quoting Yogi Aurobindo, “the revelation of indomitable energy of mother Bharati” MP Tejasvi said the revelation of energy manifests for the country and such positivity about the country was the need of the hour.

Scholar and Writer Anand Coomaraswamy speaking about the education system borrowed from the British had said, “The most crushing indictment of this Education is that it destroys all capacity for the appreciation of Indian culture…ask him to translate…a letter written in his own mother tongue–he does not know it. He is indeed a stranger in his own land.” The education system in Bharat post Independence also never changed but with the National Education Policy is a ray of light in the direction of Bharatiyata, Bharatiya art, culture, languages.  The technology and vocational training  which results out of NEP will help the country get stronger Tejasvi said.

The competition of Indian youth today is with the youth worldwide and it is very healthy to note that new opportunities would arise. The duty of  supporting entrepreneurship in technologies defining the progress of humankind becomes essential Tejasvi said. Syama Prasad Mukherjee had opined that it is the character of the people which will determine the life and death of the nation. So, for a strong vibrant Bharat, militarily capable, economically superior, spiritually capable, epicentre of education, culturally capable Rashtra we have to work together and of course in the same direction which will help Bharat progress well. The youth can find motivation and strength to win and progress if we are attached spiritually and celebrate Sanathana Dharma he said. He concluded that for world to be alive, Dharma has to continue to be alive in Bharat.

Tejasvi Surya congratulated Disha Bharat’s endeavor working in the field of education and also lauded the innovative, engaging lecture series engaging. Sri Aniruddh Bhat of the Veda Vijnana Gurukula recited hymns from the vedas to kick off the valedictory.

Sat Aug 22 , 2020
22 Aug 2020: Bloomsbury India, the book publishing company  has decided to withdraw  the book ‘Delhi Riots 2020: The Untold Story’  authored by Monika Arora, Sonali Chitalkar and Prerna Malhotra. The book was to be released on Aug 22nd 2020. In a statement, the publication house cited a ‘virtual pre-publication […] 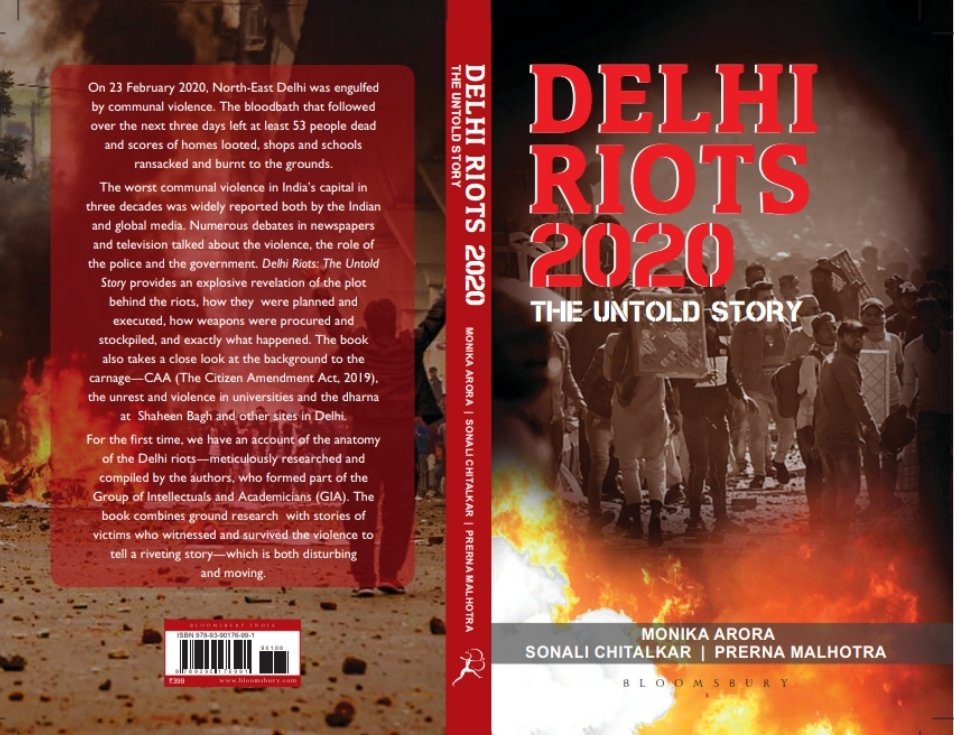