Falling Economy: Allow the dust to settle down

When great depression struck American booming economy in 1929, it was like a bolt from the blue. The effects of the depression immediately impacted Europe as well because those economies were intertwined pretty closely. Its effects were not felt in far away countries of Asia and Africa as their economies had very little connection with the developed world. Globalization was just beginning then. The economists of the day started scratching their heads because most of them had not even imagined that such a catastrophe would befall the developed economies.

It is then that top economists like JM Keynes etc. advised the Govts to increase the public spending so that the aggregate demand in the countries is boosted , leading to more production and employment.. The tool of deficit financing caught the imagination of all the rulers and was seen as a cure for all economic problems.. At that time it worked also because the economies were not as huge as they are now and was within the manageable proportions.

Hence Govts were seen as mighty in managing and giving directions to the economies.. But this policy started loosing its sheen in about five decades and in the eighties, deficit financing had not been fancied by developed countries.. All these permeates to an inference that governments are not as Omnipotent as it was believed to be so far as the economic growth of the nations are concerned.

Deficit financing is actually the most popular tool in the hands of the govts. Simply put, it means that govt is willing to spend much more than its revenue. But to finance the deficit, govt borrows from the public by way of bonds or sometimes loans from other. But governments all over the world are seen as most inefficient in spending.. It involves a lot of wastage and pilferage. When the govt sells bonds to public, a large volume of investable money is transferred from private who are very efficient to the inefficient hands of the govt.. This leads to less than optimum results. So Govts are generally not encouraged to go for deficit financing.

In 2008, economic crisis hit the global economy. The economists did not have any tenable option and hence suggested to governments to go for fiscal stimulus which again is similar to deficit financing. Developed countries like USA, EU countries who were not having any deficit budgets till then resorted to a deficit above 5-6% in their fiscal policies. All Govts followed the advise very religiously. But after 7 years or to be precise in 2015, leading economic advisors of the G20 countries felt that result of this policy was nil. Hence they declared that the role of fiscal policy is very limited and the economies should be allowed to find energy on their own and regain the animal instinct to invest.

Only the central Banks were monitoring the inflation through their tight monetary policies. Surprisingly in one years time when Govts stayed quietly, the economies of USA and EU started showing green shoots of activity leading to decent economic growth and the nations were back on groove.

The impact of the present pandemic of COVID-19 is disastrous to say the least. It has released a cascading effect on every section of the society in every corner of the world. The governments of the developed countries have leaned back on their experience of 2008 crisis and are adopting a cautious approach. It is true that some of them have increased the govt spending by even 10% or more but this time it is directed at controlling the effect of the virus and also to contain the damage it has been causing to people and economy. No government is at present seriously pursuing any policy to reverse the trend of downturn in their economies. They seem to be biding their time till the dust settles down and then may try to reassess the situation in a holistic way.

Indian governments also need to be very restrained in its approach in tackling the economic disaster that we are presently in. Any knee jerk reaction will do no favour to the economy. The better time will come only when it feels it appropriate rather than on the direction of the rulers. Govt can really use this hiatus to rectify some of the huge anomalies that are the bottlenecks to our growth.. This will make our economy healthy and ready to reap the benefits of the good times as and when it comes.

We need to concentrate on really bringing drastic changes in the banking sector which is horrendously inadequate to participate in global economic system. All countries which have grown including China have one thing in common.

All of them had set up some mega banking institutions unlike India where banking is still oriental and nascent. Government can really work to remove some of the policy paralysis that have infected our economic system like land, labour and infra sectors. A robust economy should also have a strong manufacturing but in India this sector is woefully short of breath now. Government should also be more sober in public positioning and should stop resorting to raising the expectations of the people through unnecessary bravado.

Thu Sep 3 , 2020
The fact finding committee constituted by Citizens for Democracy (CFD) to gather truth about the Pulakeshinagar Riots, has accomplished the task and will be submitting the report to Karnataka Chief Minister B S Yeddyurappa at his official residence ‘Cauvery’ tomorrow, 4th Sep 2020 between 9 am and 10 am said […] 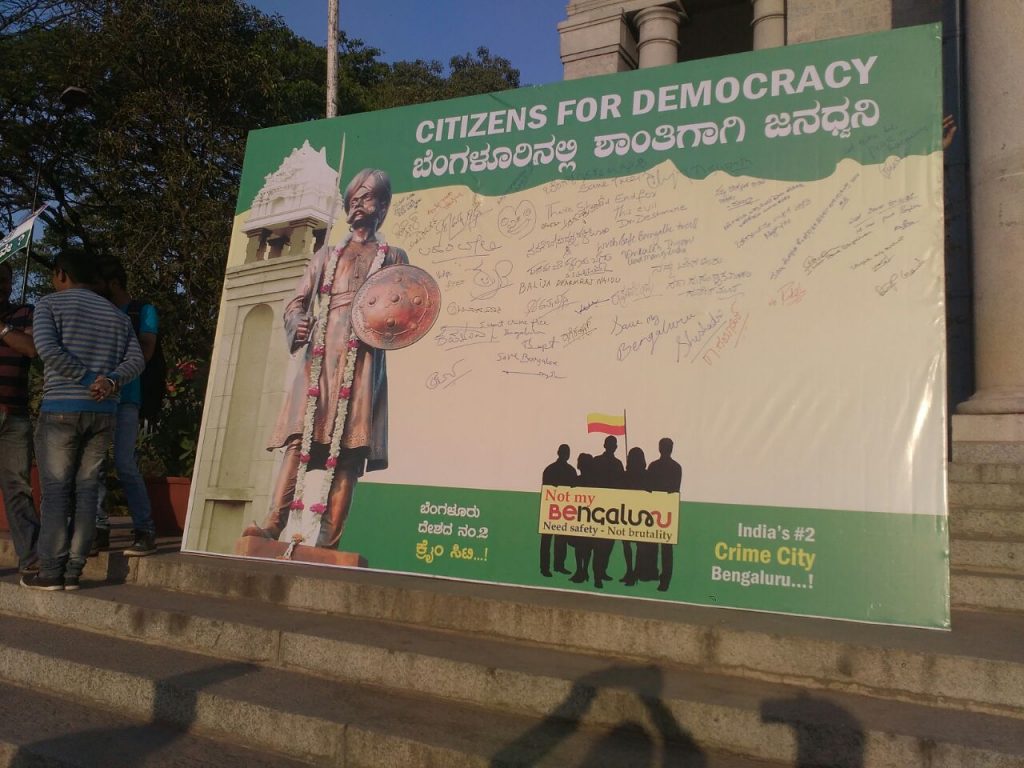