Mahatma Gandhi, who played a stellar role in the freedom struggle of India, was a man of many parts.  He was influenced by many individuals and ideas, which include Tolstoy, Bhagawat Gita, Bible, Emerson, Henry David Thoreau and Gopal Krishna Gokhale. In Hind Swaraj, Gandhi said, “I am not at all concerned with appearing to be consistent. In my search after Truth I have discarded many ideas and learnt many new things.” Such was the persona of Gandhi. Here is an attempt in brief to present him integrally and objectively without glorification or censure.

Gandhi believed in a village centric Bharat, not urbanized India, contrary to Jawaharlal Nehru. While pointing out those differences to Nehru, Gandhi said, “We can realize truth and non-violence only in the simplicity of village life”. He was not against modern science per se – “While I admire modern science, I find that it is the old looked at in the true light of modern science which should be re-clothed and refashioned aright. My ideal village will contain intelligent human beings. They will not live in dirt and darkness as animals.” He believed in simple living – “The essence of what I have said is that man should rest content with what are his real needs and become self- sufficient.”

Gandhi believed “a change of religion did not change nationality; the religious divisions did not coincide with cultural differences”.  This was the basis for his vision of Hindu-Muslim unity and his opposition to religious division of India, although he reconciled to it when it happened. That he supported the Khilafat movement, hoping in turn to get Muslim support for his non-cooperation movement, shows his perhaps excessive idealism and optimism. This mindset is also revealed by his letter to Adolf Hitler in 1940 – “That I address you as a friend is no formality. I own no foes.  I, therefore, appeal to you in the name of humanity to stop the war. You will lose nothing by referring all the matters of dispute between you and Great Britain to an international tribunal of your joint choice.”

Gandhi supported the idea of Somnath temple reconstruction albeit without use of Government funds. Unlike Nehru, he did not view it as ‘revivalism’. Gandhi also opposed Cow slaughter on grounds of Ahimsa, although he admitted his inability to convince Muslims of the same.

So, Gandhi was an amalgam of different views, qualities and emotions – at once logical and stubborn; idealistic, but with a keen eye on the practical; a great admirer of India’s culture and ethos but not without objections to some of the social evils such as Untouchability; a man with strong and unique convictions who did not hesitate to articulate the same, but also accepted his failures to convince others of the same.

How should we see his life and work in retrospect? His dreams of Gram Swaraj and Hindu-Muslim Unity based on common culture and ethos have not come true yet. Some of his fears and concerns regarding modernity and western civilization have been vindicated by global developments since WWII. His vision of forging our national path forward on the basis of India’s rich heritage and culture remains to be realized fully. His courage of conviction and openness to change his mind should also be worthy of adherence by all. Last but not the least, our best tribute would be to desist from turning Mahatma Gandhi into yet another sacred icon, only to be blindly eulogized or criticized but never understood fully or honestly.

Fri Aug 14 , 2020
Citizens For Democracy(CFD) is a platform of responsible citizens committed to democratic values, safety and security of the citizens of India. In its press release, CFD has said that they have constituted a Fact Finding Committee to uncover the plot behind Pulakeshinagar riots which shook Bengaluru recently. The gory incident had […] 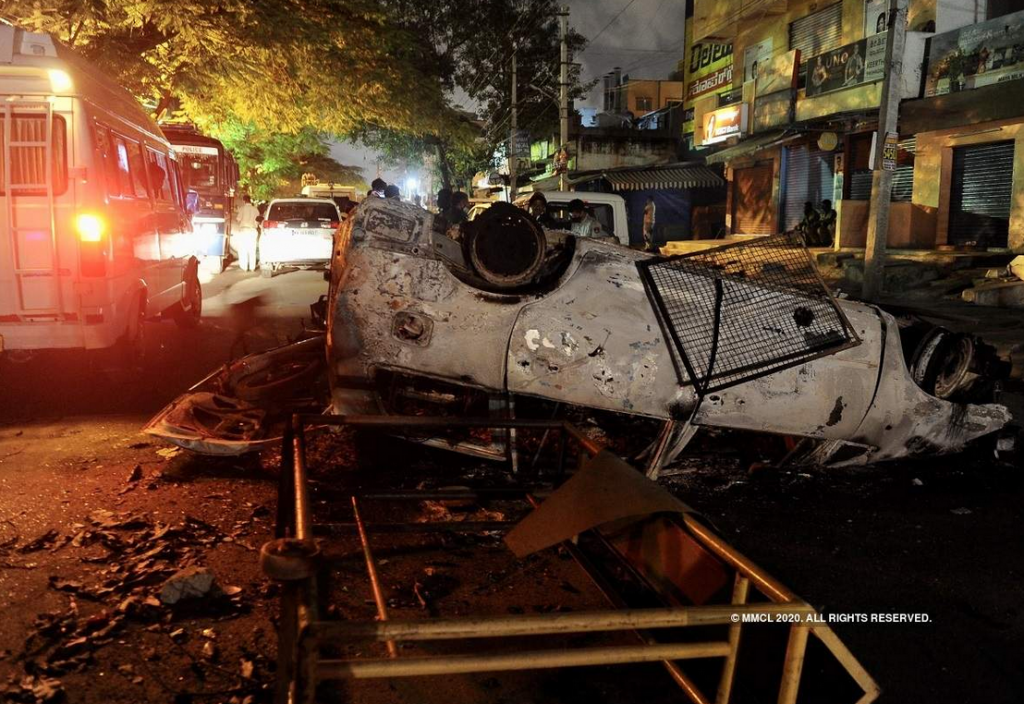