Press Conference of Sri Milind Parande, General Secretary of VHP, in Bengaluru on 27.08.2020

VHP feels that it is a good thing that the state government of Karnataka has taken strict action against the rioters in the recent Bengaluru riots. As many vehicles, many houses and national property was destroyed by fire during the riots by a section of Muslim society, we feel that the damages for the same must be paid by the rioters. As in Delhi and many other places in the country, such senseless violence against the Hindu society has been orchestrated by a section of Muslim society deliberately on flimsiest of excuses. And thus, such violent tendencies and actions must be punished harshly. Forces and people inciting such violence and supporting must also be dealt with harshly.

Now in the state of Bihar, a very severe flood situation is faced by the people. VHP is supplying food, medicines, solar light and plastic or tarpaulin to thousands of flood affected people in Bihar in the districts of Muzaffarpur, Madhubani, Begusarai, Gopalganj etc. 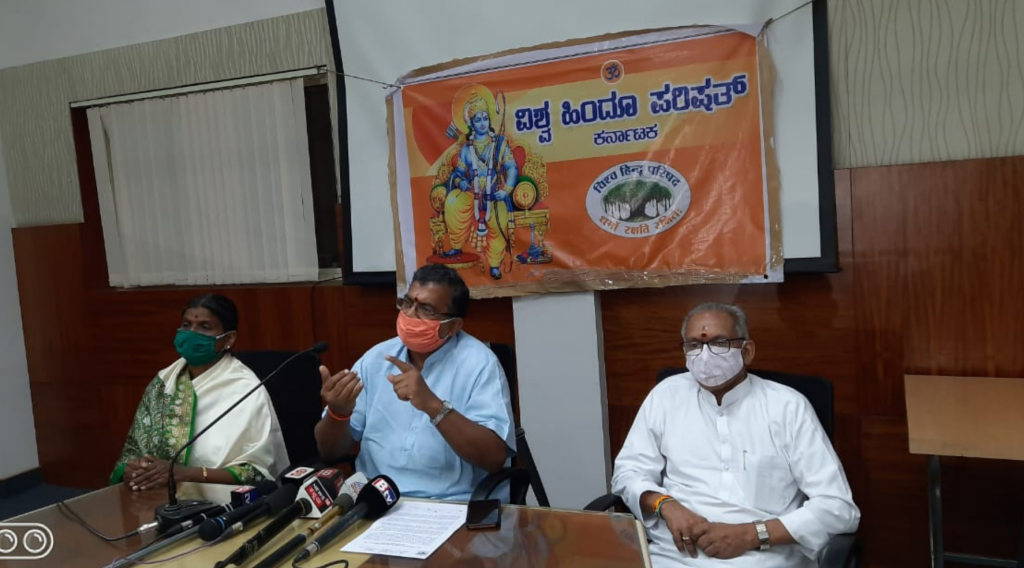