Samvada World news is an absolute necessity and we cannot remain isolated from entire world. India narrowed herself in the past and being alert to global developments and sharing notes is the need of the hour. Swami Vivekananda had also observed this earlier, Sri Nagaraj said in his address today after the launch.

Expansionist mindset of countries needs to be understood for our own security and welfare of the country. Common man’s participation is utmost required in democracy and he cannot shy away himself from global developments. The common man can now connect with the world and the analysis the website produces so as to be aware of the threats associated for the country

Sri V Nagaraj wished his best to samvadaworld and opined that it would work in not mere disseminating news but more of a think tank, analysing world news.

Vishwa Samvada Kendra (VSK) is a media centre working closely with the activities of journalism- Print, Electronic and Social media. Apart from felicitating journalists on Maharshi Narada Jayanti (considered Pioneer journalist) for their impactful stories, reports which shape the society VSK Karnataka is also involved aggregating news disseminating news and also actively training interested ones in the field of ‘letters to editor’, writing of articles etc. It also conducts seminars, analysis activities which have relevance with time.

Connected with the global world through samvada.org and @VSKKarnataka Twitter accounts, VSK Karnataka started its educational and journalism video story presentation through their Facebook(samvada) and YouTube(samvadk) accounts which has now garnered great following. On Vijayadashami day recently, VSK Karnataka started its new Twitter initiative of @vsksamskritam which was started to share news only in Samskrita language with the help of Samskrita Bharati.

Now with the launch of www.samvadaworld.com and @SamvadaWorld Twitter accounts, SamvadaWorld is intended as a media portal in English language with a special focus on International affairs, Geopolitics, Defence and Security. Looking through the world through the lenses of Bharat is utmost essential in today’s global scenario and SamvadaWorld is designed for the purpose.

Sri Prashanth Vaidyaraj will be the editor of SamvadaWorld. He has been the editor of Aseema English magazine in the past and also was the South India Bureau chief of Organiser weekly.

RSS’ Dakshina Madhya Kshetra’s Karyavah and a retired official of KIADB Sri Na Thippeswamy, VSK’s trustees, its coordinator and friends of VSK were present at the gathering at Rashtrothana Parishat’s Keshava Shilpa auditorium. Smt. Kshama Naragund, one of the Trustees of VSK anchored the event. 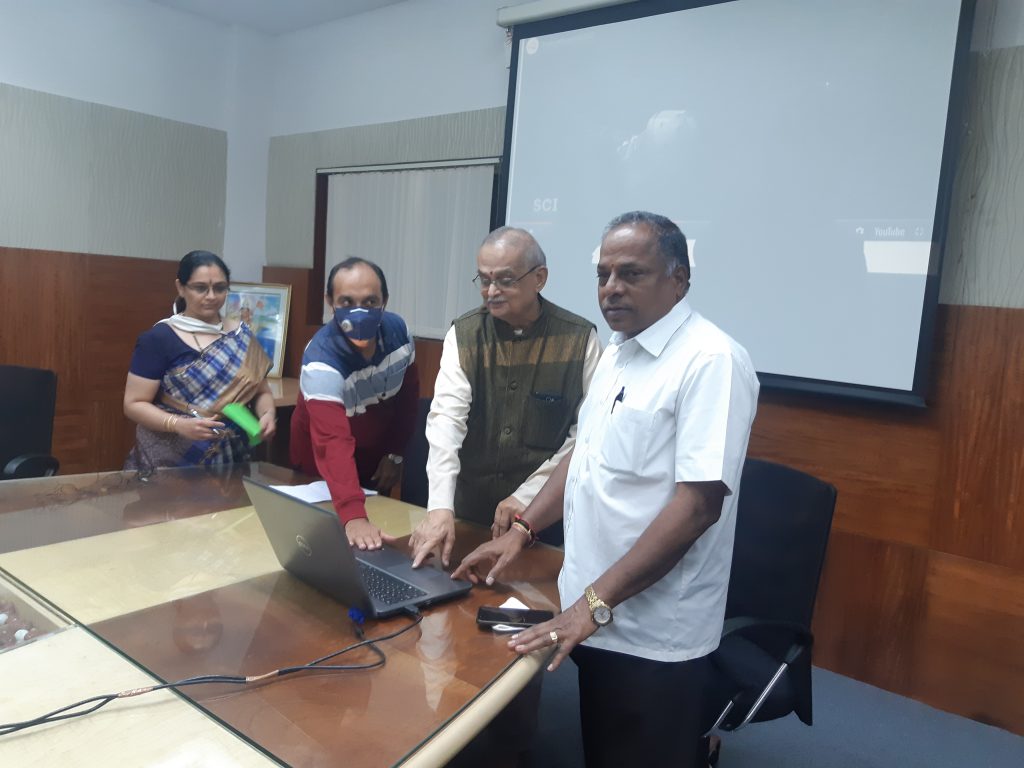