The importance of not asking for anything

I heard this story from Swami Niramayananda (1911-1984), a senior monk of the Ramakrishna order. He was a disciple of Swami Akhandananda, one of those great saintly disciples of Sri Ramakrishna.

Swami Niramayananda’s pre-monastic name was Bibhuti. At the time of the incident I am going to narrate, he was staying as a novice at our Sargachhi Ashram in Bengal with his Guru.

A junior professor named Madhavrao Golwalkar was teaching in Benaras Hindu University in the early 1930s. After teaching at the university for three years, he resigned his position and went to Nagpur. There he studied law and became a lawyer. In Nagpur he came in contact with Swami Bhaskare-swarananda, head of the Nagpur branch of the Ramakrishna order. From him he came to know that one of the disciples of Sri Ramakrishna, Swami Akhanda-nanda, was then living at the Sargachhi Ashram in Bengal. Around that time Golwalkar developed great spiritual yearning and keenly felt the need for a Guru. So he went to the Sargachhi Ashram to have spiritual initiation (diksha) from the swami. After initiation Golwalkar continued to stay on as a brahmachari for a while and served his Guru wholeheartedly. He followed his guru like a shadow, making himself available to serve.

Once, late at night, Bibhuti heard Swami Akhandananda talking aloud to someone. Bibhuti wondered why the swami was talking so loudly at that hour. Curious, he came to the door of the Swami’s room and saw an unexpected sight. The door was open and a kerosene lantern was lighting up the room. The Swami was seated on hid bed, and Golwalkar was kneeling on the floor, facing the swami with his hands folded in salutation.

Apparently in response to Golwalkar’s prayer, Swami Akhandananda was giving him his blessings. Bibhuti heard the Swami saying to Golwalkar: You will have the knowledge of Brahman! A few days later, with his guru’s permission, Golwalkar left the Ashram. Later in life, he became renowned in India as a leader of a well-known idealistic youth organisation.

Witnessing that incident, Bibhuti felt a great sadness of heart, because Swami Akhandananda had never blessed him the way he had blessed Golwalkar.

As days passed, his sadness deepened. Then one day Swami Akhandananda said to Bibhuti, I have to go to the bathroom. Please bring a pot of water so that I can rinse my feet after I have used the bathroom. The bathroom was a separate building, away from the residential quarters of the Ashram. Bibhuti did as he was asked. He walked behind his guru with a pot of water. Swami Akhandananda approached the bathroom, but didn’t enter it. He turned around and said to Bibhuti, Bibhuti, those who pray for something, get it; but those who dont ask for anything get much more. So saying the swami returned to his room. 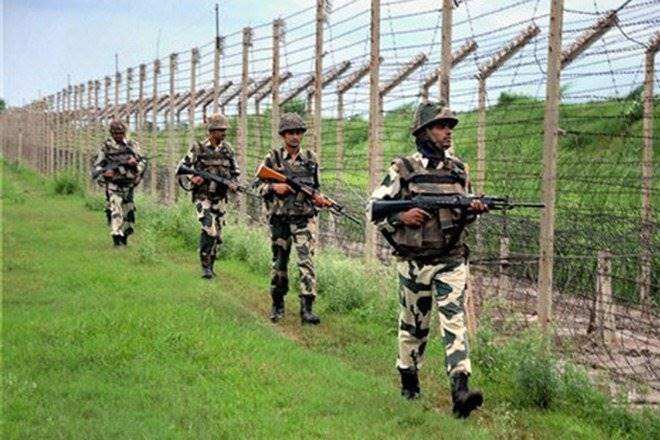