6 July, 2021: An announcement was made by the Minister of Tribal affairs Mr. Arjun Munda and the Minister of Forests and Environment Mr. Prakash Javadekar on giving community rights over forest management to tribal folk, through a joint notification signed by chief secretaries of both the ministries. The main objective behind this is to give rights to Gramsabhas and tribal communities to manage forest resources as provided in the Forest Right Act (2006).

Vanavasi Kalyan Ashram Karnataka (VKK) welcomes the move. Though late, it’s a right step on the part of central government especially the honorable ministers, Shri Arjun Munda and Shri Prakash Javadekar. VKK also hopes that any anomalies arising out of the implementation of agreed provisions of the joint notification (made by Minister of Tribal Affairs and Minister of Environment, Forest and Climate Change) would be timely corrected and implemented in their letter and spirit both at the central as well as state levels of administration.

Mr. Arjun Munda had tweeted few months back that in coming two years’ time, the government would start granting community rights in relation to the management of forest resources. This would jointly be done by the Ministry of Tribal Affairs and the Ministry of Environment, Forests and Climate Change. Today’s announcements are a right step in fulfilling that commitment.

Ministry of Tribal Affairs is a nodal agency for the implementation of this work. It has issued appropriate guidelines and directions to chief secretaries of all the states in this regard. But the point of concern is the lack of co-ordination between the departments of tribal affairs and forests in certain states resulting into deprivation of the tribal societies/groups over their rights to manage forest resources. In spite of implementation of the Forest Right Act 2006, due to diverse rules and regulations of the forest departments and also due to misinterpretations by forest bureaucracy, many states haven’t granted the rights of reconstruction, protection, conservation and management of their forests. This has been the reason why the implementation was not even 10% since 2007.

The states like Maharashtra and Odisha have extended monitory support to some Gramsabhas for planning micro-projects by giving these Gramsabhas forest rights – CFRR (Community Forest Resources Rights). The courses such as Diploma in Community forest Management have proven crucial in educating people’s representatives to Gramsabhas. In Maharashtra and Odisha, a financial help is also extended to Gramsabhas through a district level convergence committee for reconstruction and conservation of community forest area. Following today’s milestone initiative, the work of giving community rights will speed up in other states also.

Vanavasi Kalyan Ashram urges all the groups of tribal communities, especially their political representatives, social activists and educated youth of the community to help tribal people in villages, tolas, padas, and bastis understand the provisions in relation to community forest rights and also help them to apply for the same following the prescribed procedure. VKK also appeals them all to create awareness and unite people to preserve, protect and reconstruct forest resources. Such people led initiatives would be crucial for the protection of forests, environment and bio-diversity and will create opportunities of local livelihood for villagers and Tribals. This also would reduce their displacement to other places in the search of bread and butter.

We also urge the state governments to implement the provisions of this declaration by the central government in their entirety and accept rightful community forest rights’ claims from every village and every Gramsabhas. We further urge them to empower Gramsabhas by aiding and assisting them with technical and financial support so that they can become instruments of making tribal people self-dependent and live a dignified life.

Gandhiji’s idea of Gramswarajya, the Antyodaya of Pandit Din Dayal Upadhyayaji and PM Modiji’s vision of Atmanirbhar Bharat could only be realized when such policies are implemented substantively on ground level.

Therefore, we firmly believe, the bigger responsibility for the implementation of the announcements made today lie primarily with the Ministry of Environment, Forests and Climate Change and Forest departments of the respective states. 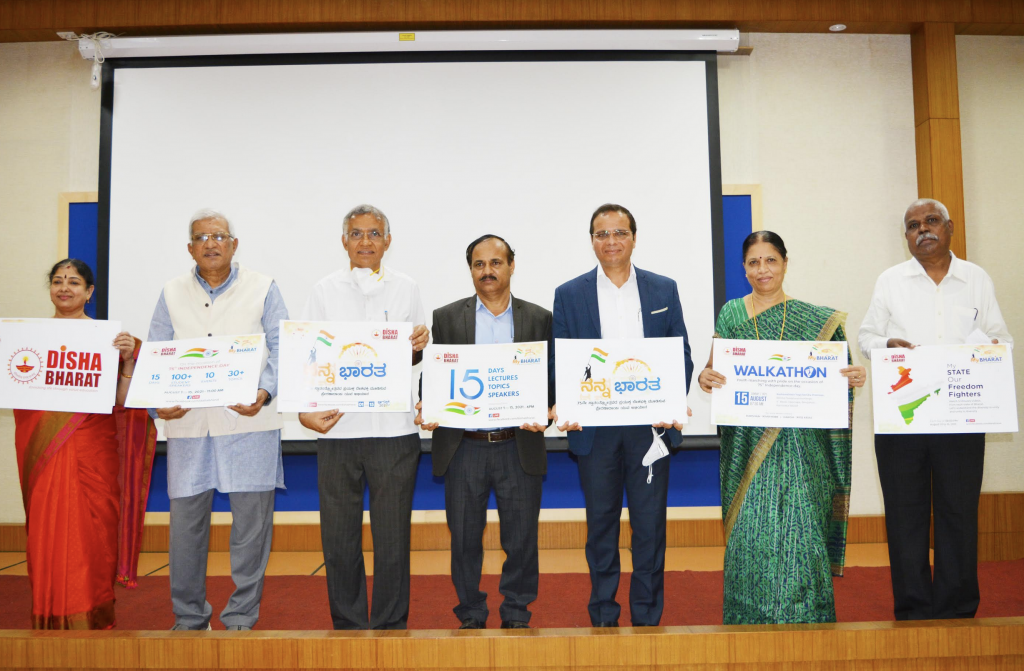