A look back into the War of Bharat Independence

Today, Bharat is celebrating the festival of liberation from colonial dependence. Amid this series of celebrations, while the journey of 75 years of independent Bharat will be evaluated, it is also natural to remember the constant struggle and sacrifice of more than four centuries to achieve it.

The national movement against this colonial slavery in Bharat was inspired by the spirit of “self” whose manifestation was churning the whole country in the form of a trilogy of Swadharma, Swaraj and Swadeshi. As a result of the presence of saints and sages in the movement, spiritual consciousness was constantly flowing in the form of an undercurrent.

The spirit of “self”, which has been in the soul of Bharat since ages, manifested itself with all its might and these foreign powers had to face resistance at every step. These forces destroyed Bharat’s economic, social, cultural, and educational system; and destroyed village self-reliance. It was a totalitarian invasion by foreign powers, which Bharat retaliated in all spheres of life.

The Bhartiya resistance against European powers is a unique example in world history. It was a multifaceted effort in which, on the one hand, armed resistance was being undertaken against the foreign invasion, and on the other hand, the work of social reconstruction was happening by removing the distortions in the society to make it strong.

While the kings of the princely states were resisting the British with all their might, the janjati society rose from place to place against the interference of the British in their simple life and the attack on their values ​​of life. These people who woke up to protect their values ​​were brutally massacred by the British, but they did not back down from the struggle. The nationwide war of Independence of 1857, in which lakhs of people sacrificed their lives, was a result of this.

To thwart the efforts to destroy the Bhartiya education system, institutions like Banaras Hindu University, Shantiniketan, Gujarat Vidyapeeth, MDT Hindu College Tirunelveli, Karve Shikshan Sanstha and Deccan Education Society and Gurukul Kangri rose and created a sense of patriotism among the students and youth.  While scientists like Prafulla Chandra Ray and Jagdish Chandra Basu dedicated their talents for the upliftment of Bharat, artists like Nandlal Bose, Avanindranath Thakur and Dadasaheb Phalke and almost all national leaders, including Makhanlal Chaturvedi were involved in public awareness through journalism. They were awakening the country through their arts. The spiritual inspiration of many learned men like Maharishi Dayanand, Swami Vivekananda and Maharishi Aurobindo were acting as the guiding light for all of them.

While Hindu fairs being organized by Rajnarayan Bose in Bengal, Ganeshotsav and Shivaji Utsav by Lokmanya Tilak in Maharashtra were watering Bharat’s cultural roots, social reformers like Jyotiba Phule and Savitribai Phule were engaged in the creative campaign of promoting women’s education and empowering the underprivileged sections of the society. Dr. Ambedkar showed the way to organize the society and struggle for achieving social equality.

No area of ​​Bharatiya social life remained untouched by the influence of Mahatma Gandhi. While living abroad, the work of giving edge to the Bhartiya independence movement was progressing under the patronage of people like Shyamji Krishna Varma, Lala Hardayal and Madam Cama. London’s India House had become the center of activities related to Bharat’s independence. The Bhartiya War of Independence 1857, written by Krantiveer Savarkar, was very popular among Bhartiya revolutionaries. Bhagat Singh himself got it published and distributed hundreds of copies of it.

The revolutionaries involved in more than four hundred underground organizations operating across the country were engaged in the campaign to free Bharat Mata by putting their lives at stake. Active in the activities of Anushilan Samiti, the revolutionary organization of Bengal, Dr. Hedgewar joined the Congress under the inspiration of Lokmanya Tilak and was elected as the Secretary of the Central Provinces. He was the Vice-President of the organizing committee of the National Convention held in Nagpur in 1920. In this session, he along with his colleagues made every effort to get the resolution of Purna Swaraj passed, but the Congress leadership was not ready for it. Ultimately this resolution was passed in Lahore after eight years.

The sun of freedom rose, but the eclipse of partition had fallen on it. The credit for the courage to move forward even in difficult circumstances goes to every Bhartiya who shed his blood and sweat to fulfil the national aspiration of hundreds of years.

Maharishi Arvind had said – Bharat has to wake up, not for itself but for the whole world, for humanity. His declaration proved to be true when Bharat’s independence became an inspiration for the freedom fighters of other countries of the world. One by one, all the colonies became independent, and Britain’s never-ending sun went down forever.

The Portuguese, Dutch, French and lastly the British came to Bharat. Alongside trade, all of them made constant efforts to destroy Bhartiya culture and engage in proselytization. The retaliation against colonialism had begun on the very day Vasco-da-Gama, the first European traveller, set foot on Bhartiya soil in the year 1498. The Dutch had to leave Bharat after being defeated at the hands of Maharaja Marthanda Varma of Travancore. The Portuguese remained confined to Goa. In the struggle for supremacy, the British eventually proved to be the victors who, on the strength of their devious policy, established control over a little more than half of Bharat. The rest of Bharat remained under the control of Bhartiya rulers with whom the British made treaties. After independence the union of these states emerged as the Republic of Bharat.

Bharat chose the path of democracy. Today it is the largest and most successful democracy in the world. Those who contributed to the freedom movement to protect the cultural values ​​of Bharat, also performed the duty of framing the constitution for Bharat. This is the reason that in the first copy of the Constitution, arrangements were made to keep the cultural flow of Bharat intact by displaying the image of Ram Rajya through pictures and exponents of Bhartiyata like Vyasa, Buddha and Mahavira.

This “Amrit Mahotsav of Bhartiya Independence” is an occasion to show gratitude towards patriots due to whose sacrifice, we are moving towards getting our rightful place in the world community as an independent nation. Those unnamed heroes, events left out of discussion, institutions, and places, which gave direction to the freedom movement and proved to be milestones, will have to be reviewed, evaluated, and preserved in the folk memories associated with them. They should be introduced to the mainstream so that the coming generations recon that behind the innately available freedom today, there lies a struggle of the past generations for the nation and their tears, sweat and blood of many centuries.

(The author is presently Sarkaryavah of Rashtriya Swayamsevak Sangh) 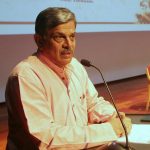 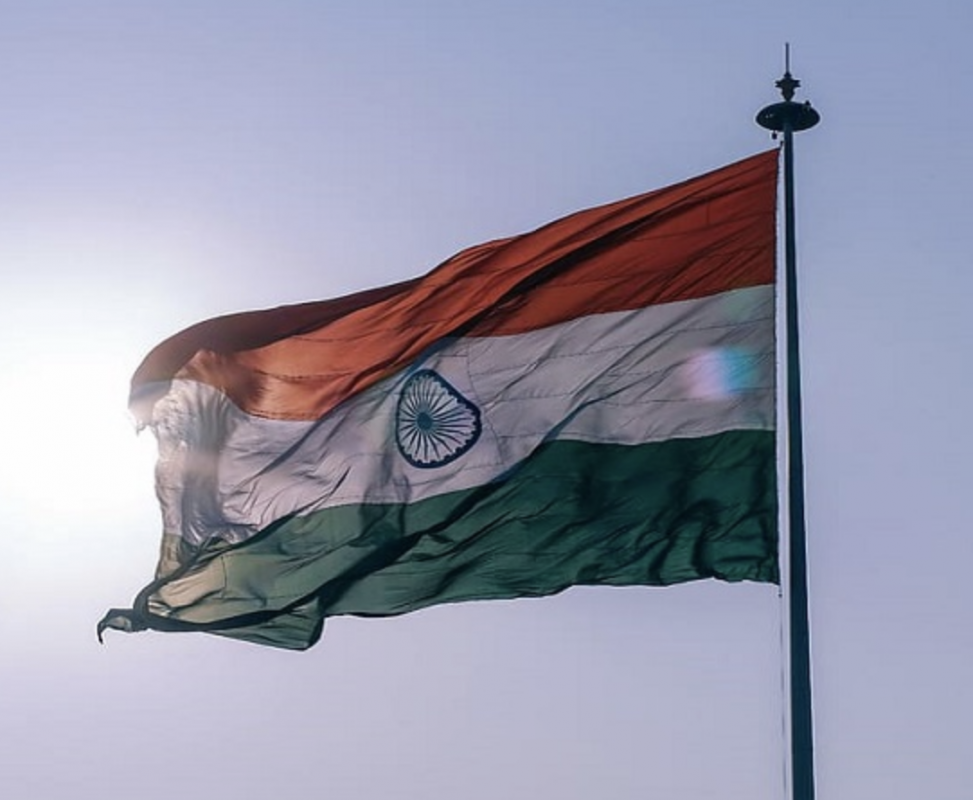