Modus operandi behind violent protests in Bharat?
3 questions to the Lutyens Lobby.

We have seen the #FarmersProtest for last few months which got more fierce in the last two months with farmers shifting their protest site to Delhi borders.

Any person or section of people have the right to protest peacefully as per the constitution and I am pro registering the protest if any aggrieved party has to say on certain functioning, certain law etc. The Farmers protest appeared peaceful (was it really peaceful or intended to be peaceful. I leave it to your judgment after reading through this piece) till few days back. But all of this opinion / perception / understanding etc. entirely went on for a toss on Republic Day 2021 when the protesters in the name of Farmers protest went violent, unleashed riots, insulted national flag, attacked police personnel, destroyed public property, and shamed the entire country on the Republic Day. But is this the first violent protest in recent years? Definitely NOT! There’s a history of violent protests in last 5 years. Be it #JNUViolence, #JamiaViolence, #CAAProtest violence etc – the best from the protesters side to portray a gloomy picture of the country has been partially successful. It is Farmers Protest violence this time around, with no difference on the high-level agenda of shaming the country. And we can also see that the same intellectual political cabal behind these protests.

This coterie lends the intellectual, political, media narrative and other means of support to all these violent protests is in Twitter generally “tagged” under #LutyensLobby and they can be seen peddling the common narrative which most of the times is against the country’s interest!!

So, is there a modus operandi behind the madness of various violent protests in the last few years?

Answer to this lies in the questions that I put here in certain context….

The #LutyensLobby has tried very hard for over a decade and spared no effort to stop Prime Minister Narendra Modi. The lobby scared the country of Emergency, Hitler Rule, Violence, Riots etc if Modi came to power. To embarrass Modi, the lobby went to the extent of petitioning USA to deny him the visa, knowing that Modi was at that time a democratically elected Chief Minister of a state of Bharat. Prior to 2014 general elections, the alleged independent journalists of the lobby even tried hard to help political alliances against Modi. But all their efforts failed and Narendra Modi won one of the biggest democratic mandate in 2014 to be anoint as the Prime Minister heading the first full majority Govt after 1984. To the disappointment of #LutyensLobby, despite their timely scare they tried to instill in the minds of people that things would go wrong in the country post Modi era, Modi came back to power by winning even bigger, popular, and democratic mandate in 2019 !!!

So here goes the first question:
To prove their fear mongering against Narendra Modi correct, Is the #LutyensLobby by instigating and lending support to violent protests trying to provoke Narendra Modi to do what they wanted or peddled him to do so that they can tell people look, didn’t we tell this long ago?

The Narendra Modi Govt has been firm in its many long pending decisions it took. Some such key decisions were Citizenship Amendment Act, Revoking of Article 370, Banning Triple Talaq. These decisions hit the very idea of #LutyensLobby – “Political Secularism” which is often used as ATM of votes. The Political Secularists have got nothing to do with idea of Secularism and the idea of Secularism is not something new we learnt in 1947.  Our land of Bharat has been living, preaching a secular life since times immemorial. Coexistence, Respect and Acceptance of other thoughts has been the fundamental value of our civilization. So, we didn’t learn the practice of secularism in 1947. What we saw from 1947 was Political Secularism which was by design – rush for power grab through vote banks. So, to continue its hold on narrative, milk political benefits and grab access to power, The #LutyensLobby had to revive the Political Secularism and for this to happen, the lobby had to force the govt to reverse its decisions. We saw many articles in national and international media from our homegrown journalists peddling blatant lies about these laws/decisions and also violent protests against these decisions that finally culminated in Delhi Riots at the cost of innocent lives and also those of our security personnel. But all those protests didn’t yield any desired results as the violence in the name of protests didn’t get people and public support. Now coming to Farmers Protest, the very word Farmer itself is emotional, touchy and rightly so. We all owe our gratitude to our farmers for the hard work they do and hardships they go through for us. We saw many dialogues happening between farmer union leaders and Government and not to discredit, the govt put many steps forward by offering amendments to Farm Laws, written guarantee on MSP, offer to put the laws on hold etc. But nothing satisfied the protesting farmers. It was also clearly visible that the usual suspects from the Lutyens Lobby were either controlling or influencing the decisions of protesting farmers and union leaders.

Here goes the second question: Were farmers and farmer issues just a front to stoke public emotions? By using farmer emotions to force and blackmail the govt to repeal Farm Laws, Was the Lutyens Lobby using farmers as a steppingstone to revive its agenda to get those decisions reversed that matter to its Political Secularism narrative?

Now coming to the most important one. Ever since Narendra Modi formed the Govt in 2014, The stature of Bharat and people of Bharat have been growing immensely in a positive direction. Our country is now recognised as an influential and responsible soft power and military power in global arena. This has been proved in our various actions like Yoga Day, Vaccine Maitri, Surgical Strikes etc. This is despite the lobby consistently writing and peddling its opinion against the govt and its actions in many international media and other forums. So, the lobby was in search of one opportunity that can be used to defame the govt and Narendra Modi internationally.

At the same time the protesting farmers influenced by the same Lutyens lobby rejected everything that govt offered. They rejected amendments, written guarantee on MSP, offer to put the Farm Laws on hold and they even rejected Supreme Court Committee. Farmers Protest rejected everything with an adamant attitude stating to continue protests and also perform a Tractor Parade on country’s most auspicious Republic Day. We also saw many inciting and violent statements from union leaders and usual suspects from the Lutyens Lobby that was enough to unleash violence on our Republic Day and unfortunately violence was unleashed on the Republic Day. Fake News were peddled from the usual suspects of the lobby to add fuel to the fire. Everything was done to provoke the Delhi Police to use force or even fire bullets at the protesters to control the mob violence on Republic Day.

The third and most important question is: Was the Tractor Parade on the Republic Day and subsequent violence designed to provoke Delhi Police to use force and also open fire so that the Lutyens Lobby can peddle Jallianwala bagh2 on Republic Day and defame Bharat, the govt to such an extent that it could take decades to recover from such shame? I will not be surprised if any journalists had already prepared their draft version of articles to international, national, or even social media peddling such a narrative. To their disappointment again, nothing such happened

So, if we look at the usual suspects in all these protests, kind of inciting statements, modus operandi of violent protests etc. Is there method behind madness of various violent protests in the last few years? Becomes a very valid and genuine question!!!

I should not end this piece sans thanking Delhi Police. No words in the dictionary are sufficient enough to express our gratitude towards the Delhi Police. They got attacked, abused, maligned, fake news peddled against them. They sustained and tolerated every attack, every provocation and displayed utmost sensitivity, patience and restraint, only to uphold and safeguard our nation’s honor and dignity on our Republic Day that were put on auction in the name of protests. 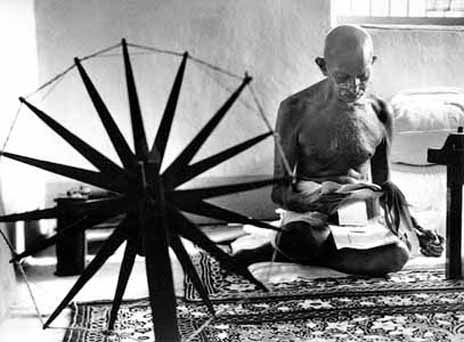