15 Feb 2020, Bengaluru: Rajata Mahotsava, a Silver jubilee event to commemorate the 25 years of Samskrita monthly published out of Bengaluru, – ‘Sambhashana Sandesha’ was conducted here in the city today.

Shri Janardhan Hegde, Editor of the magazine spoke on how the idea of Samskrita language to be spoken by common people had to be initiated not mere by propagating that the language was easy to speak and understand but was in effectively reaching people’s hearts and convincing the ease in learning of the language by practise.

In his speech he urged that people should subscribe to the Samskrita magazine not just as a factor of motivation but it stood as a great source of knowledge.

In his witty speech, invoking the proverb of the land that one should not ask a man his salary a woman her age, he added saying one should not ask the circulation numbers of a magazine or newspaper. Albeit he stated Sambhashana Sandesha had earned good readership over years and the 1st edition of the magazine had 10000 copies printed and were distributed to people.

He also lauded Dr. H S Venkatesh Murthy who as President of the Kannada Sahitya Sammelana in his address recently had stated Samskrita could be the link language in the country.

Satyanarayana Bhat, Akhila Bharatiya Mantri of Samskrita Bharati introduced the gathering at the start of the programme. He said Samskrita as a language had earned the sobriquet of Lokabhasha, Vishwabhasha and Devabhasha and the need of the hour was it to become Janabhasha- the language of people.

Stating some statistics, Satyanarayana Bhat said over 90 lakh people in Bharat have learnt Samskrita through various shibiras conducted by Samskrita bharati volunteers genuinely giving time for the cause.

He also opined that for Samskrita to become the language of Bharat, everyone had the responsibility of taking the language to next levels personally, academically and socially.

The biggest dividend earned learning Samskrita was that it would help imbibe the superior values of life. Without Samskrita he said there was no superior life and no Bharat.

Sri Ajith Hanumakkanavar, Head-News and Programmes, Suvarna News remembered his teacher who spoke 12 foreign languages and it was learning Samskrita which enabled his teacher learn and converse in many languages.

Taking examples of Germany which had started a University for Samskrita studies said that there is a hindrance in the nation about indigenous thoughts. Samskrita being the
oldest of the languages would help the knowledge of the past reach people and was the need of the hour he said. 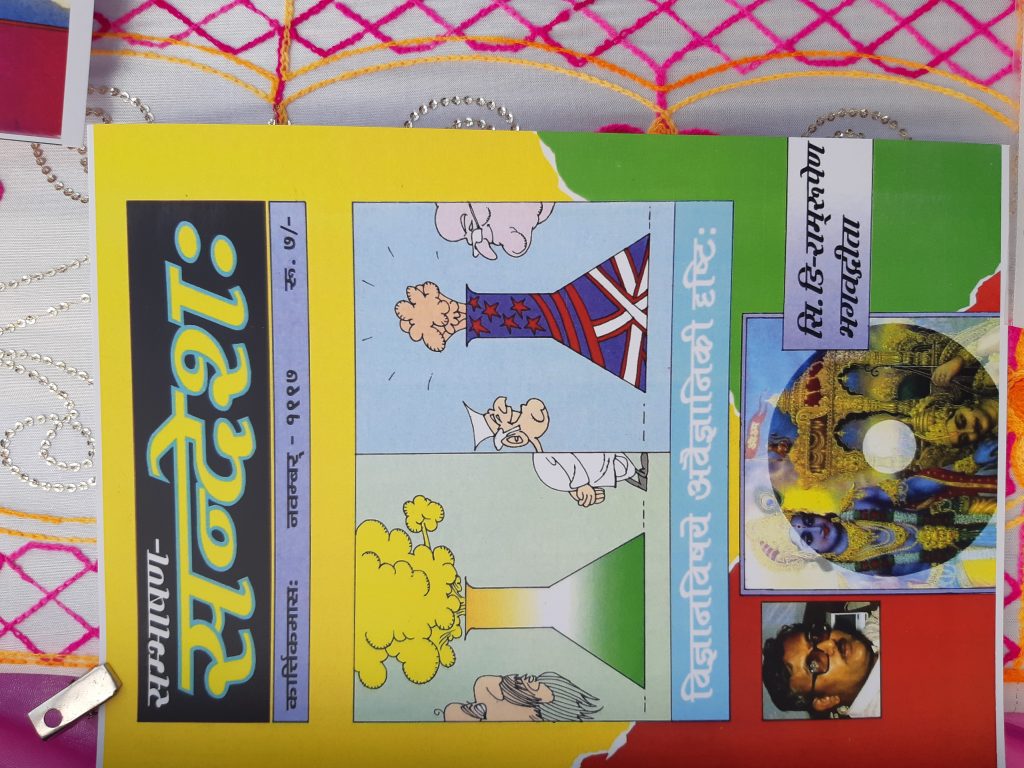 Saving industries of Bharat is in the hands of WE citizens : Prof Ashwani Mahajan