Day 11: Bharat’s Jnana Parampara is based on Evolution, not Revolution #MyBharat

Sri Nandakumar addressing the Facebook live today said that Bharatiyas should be proud that of our Jnana Parampara (Knowledge Tradition) was based on Evolution(Utkranti) and not mere Revolution (Kranti). The knowledge through which Bharat is leading the world is outlined on the huge repository of the spiritual knowledge our ancestors have bestowed upon us he said. The supreme and vast concept of Dharma which is binding us altogether is the ingredient, the world can pick from us, as Bharat never concealed the knowledge to be confined to us alone. The thought of sharing of knowledge was laid out towards Vasudhaiva Kutumbakam meaning the world as a whole is a family and not restricting to the smallest family unit. He reminded the audience of the eminent thinker Sri Ranga Hari who had elucidated Dharma as those broken pieces of magnet which get realigned and its obvious nature was to stay united. 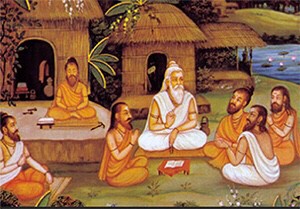 Speaking about the tradition of communication in Bharat, often called samvada, was multifaceted and it should be devoid of prejudice(purvagraha) and stubbornness to accept(duragraha) he said. The samvada is not between humans or animals but with nature as a whole. While the west preached the thoery of being binary in nature to bring about uniformity, Sanatana Dharma was towards unity. The hostility in the nature of the western people  towards others is always driven by warring forces, which was never seen in Bharat. The Sanathana Dharma through its philosophy taught interdependence(samanvaya) which always led to success. The profound thoughts of Hindutva guided Manava, Nara, Janata (Human being) to transcend towards Madhava, Narayana, Janardhana(Godliness) for mukti he said.

While there were multiple facets to identify the unifying factors in Bharat through music, culture, arts, festivals, traditions there were imminent threats we needed to be worried about he opined. The grand idea of Bharat was always being suppressed by religious expansionst, imperial, colonial forces which have time and again attacked Bharat he said. Dharmapal had listed as two universes around- one being the rural based Bharat which was more serene while its urbanized counterpart was being development focused and detrimental towards sustained cultural unity.

Sri Nandakumar felt unhappy about the education policy all the while in Bharat of teaching in English medium and welcomed the National Education Policy’s proposal of imparting students in the formative years through the mother tongue or regional language. He also expressed his pain on the true history of Bharat, the contributions of Bharat towards science were ignored, but with NEP, the European centric education was slowing turning towards Bharat centric hopeful of removing the historic distortions too. Nandakumar questioned the intellectuals and eminent historians who denigrated Savarkar a pioneer who termed the 1857 war as First war of Indian Independence. The acceptance of RC Majumdar also among historians was low, for his strong views on Islamic fundamentalism he said. When such nonacceptance piled up automatically Kalidasa got termed as Indian Shakespeare, or Kautilya as Indian Machiavelli while the the profoundness in the formers were incomparable to the latters historically and chronologically. 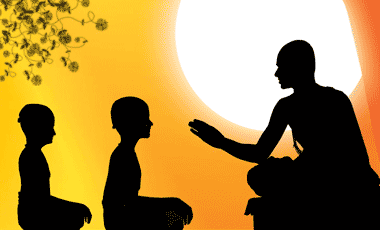 Accepting knowledge from all over the world is welcome but indigenous time tested arts in agriculture, science are mocked at. Inferiority, Ignorance, Ill-will towards Bharat, Irreverance towards Bharat, Incompetence, Inertia  are the ill effects of such colonial minds. Divisive forces who derive sadistic pleasure by creating chaos preach borrowed western thoughts which are defective in theory and destructive in practice he warned the audience to be careful of.