Disha Bharat on the Day 7 of #MyBharat lecture series, aired the talk of Women’s role in Indian freedom struggle on their Facebook page. Dr. Arathi V B, Director of Vibhu Academy spoke on the occasion. Disha Bharat has organised a 15 day lecture series starting 1st Aug 2020 till 15th Aug on the account of 74th Indian Independence Day.

Dr. Arathi in her address spoke about how the Communists through their establishment, politically and academically have thrown a bad light on the Hindu way of life stating the women were forbidden in a male dominated society on all aspects. While she disregarded such a canard, she did give multiple instances were women were empowered towards education, their contribution to freedom struggle was being ignored in studies.  She condemned that the communist narrative of western feminism being supreme was a myth and we have been easily carried away by the alleged intellectual thinkers she said. By bringing in western feminism philosophy, a damage has been made to the Bharatiya women in general, by portraying them to be in a defeat mindset she added.

Dr. Arathi laid out her speech stating that though in general terms the 1857 is considered as the 1st war of Indian Independence, there were many kings who had fought the enemies of the country viz Mughals, foreigners like Portuguese, French, Dutch, English. The Christian invaders who entered Bharat for business took up conversion of the Hindus. She opined that the women who also equally fought against the enemies are seldom discussed which has nothing to do with the male domination but lacked a thorough research all this time.

Citing examples of women who fought valourously from the times of 16th century till the time of Independence, Dr. Arathi provided a brief account of the women who laid their life in order to protect the country.

16th Century’s Rani Chennabhairadevi of Gerusoppa holds the distinction of ruling the kingdom for over 5 decades and was called ‘pepper queen’ Dr. Arathi said. The queen had inherited the kingdom  by the matriarchal system which was in vogue and stood as a nightmare to the Portuguese. Rani Chennabhairadevi was a master in trading as well as martial arts and ruling 5 decades itself signifies her strength the speaker said.

Rani Abbakka Chowta was a queen who ruled Ullala near Mangaluru and she rose to become the queen for the warring skills and valour she possessed. While her husband took care of Mangaluru, Rani Abbakka from Ullala offered resistance, troubled the Portuguese to an extent that they had to flee away. However, with the traitors around she lost her husband and son but she fought the enemies fiercely leading from the front.

Other queens like Kittur Rani Chennamma and Keladi Rani Chennamma also were trained well on horse riding and martial arts. Keladi Rani had shown strong opposition to Aurangazeb and Kittur Rani gave sleepless nights to the British Dr. Arathi explained. She also spoke about the love towards the land the women had was unquestionable and even in the case of Onake Obavva(who with her pounding staff) seeing Hyder Ali’s enemy enter through the secret passage were crushed by this brave woman although being the wife of a soldier.

Dr. Arathi also spoke about the rich Madam Cama who sacrificed her wealth and well being completely for the sake of the freedom of the country as a revolutionary. Margaret Noble Isabel (Sister Nivedita) sacrificed her motherland and inspired people to tread the path of spirituality and study Bharatiya culture. One cannot forget the selfless service of Savitri Bai Phule for educating the girl child or an organiser like Uma devi Kundapura who had built a women’s team to help in freedom struggle he added.

From Jalakari Bai empowered by Jhansi Rani Laxmi Bai to get into her army to Uda devi from a tribal community who with bow and arrow killed the British army, to Matangini Hazra, Taradevi Srivastava, Rajakumari Gupta, Kalpana Datta, Durga Bhabhi kind of patriots to Dr. Laxmi Sahgal an army officer in SC Bose’ INA or Maniben Patel there are countless such women who we need to relook on their role in freedom movement, Swadeshi, nationalist movements Dr. Arathi reminded the listeners. The likes of Rani Velu Nachiyar, Keladi Chennamma had built a women only army in their kingdoms and it means that the stigma of women not to be outside of house once never existed in the country. Dr. Arathi attaributed fear of women coming out in open was only after the advent of Muslim rulers and their cruel atrocities on them. She concluded by urging the audience to read up more on such women who lived for a great cause of the nation who did not demand for their rights but executed the noble, social and cultural responsibilities and taking up social leadership. 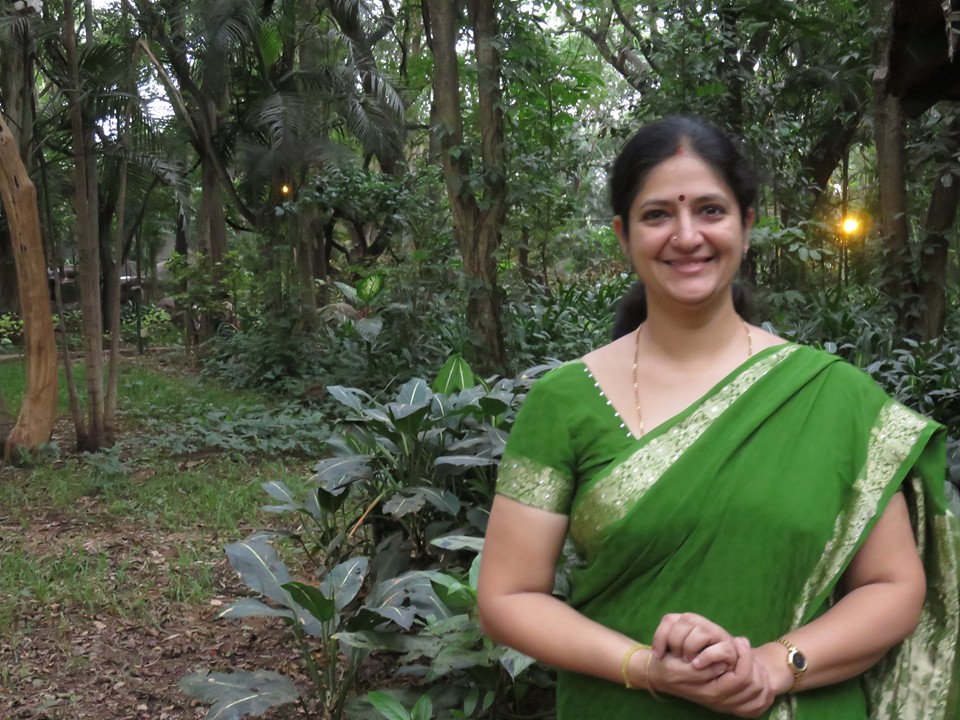 ‘Hindutva is the only way to bring about change in the country’: RSS Chief Bhagwat