by Vishwa Samvada Kendra
in News in Brief, Others, Seva, Videos
238
0

RSS has continued the support to the needy. Distribution of grocery kits, medicine and the like are in vogue. Arranging for blood donation, distribution of masks and sanitizers, food packets are also ongoing.

There are people who walk around the towns with their bulls (kole basava) and shehnai begging for money, thus earning their daily meal. Spread across Bengaluru in various localities these people are nomadic in nature and are based out of Prakasam district of Andhra. At Kodigehalli of North Bengaluru there are around 60 families residing in huts who are dependent on daily food and resort to ways of begging. There are around 100 cattle associated to these families. Swayamsevaks identified these families and grocery kits were distributed to them. 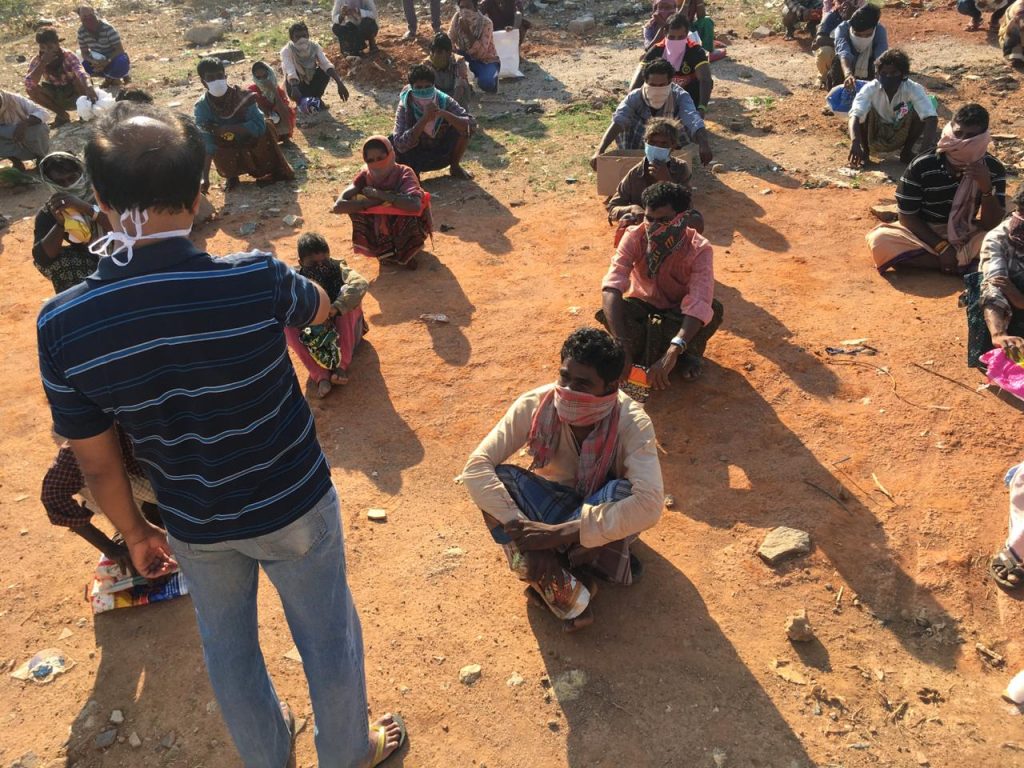 Reaching out to not just humans!

From the diaries of Swayamsevaks: Vanavasi Karyakartas amazed by the honesty displayed